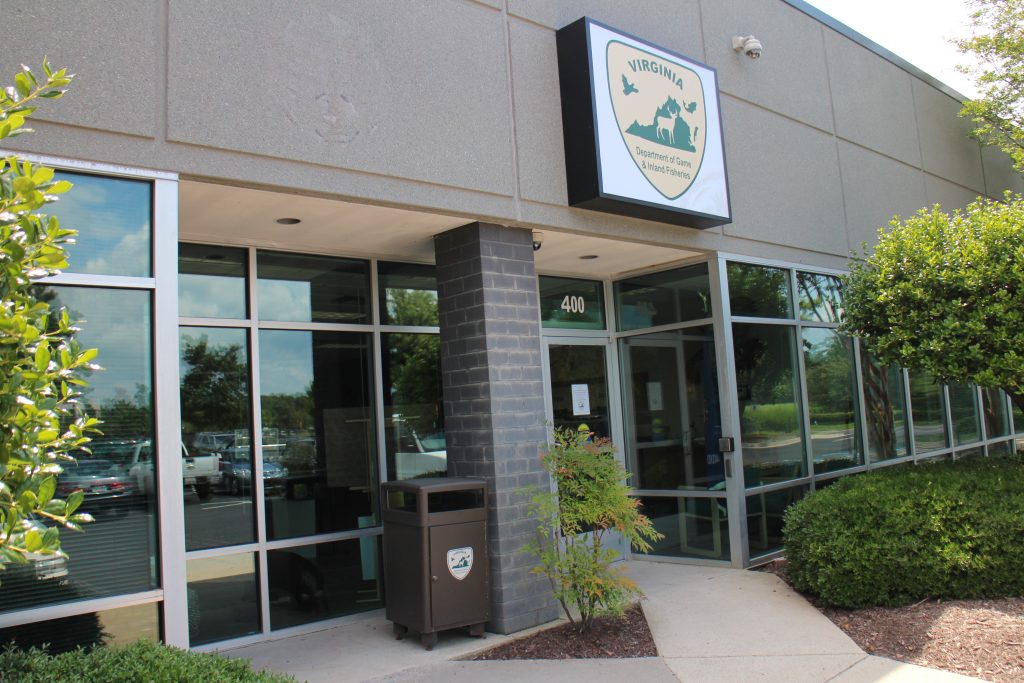 A state agency’s five-year hunt for a new home is complete.

The Virginia Department of Game and Inland Fisheries purchased the 89,000-square-foot Villa Park III building in Henrico County, which will serve as its permanent home as it looks to sell its former headquarters on West Broad Street.

The DGIF paid $8.5 million for the property at 7870 Villa Park Drive, where it has been leasing space since October. The deal closed July 2.

“The state has grown and there has been an increase in people’s desire to use outdoor resources,” Walker said. “We grow with that need.”

The move into Villa Park ends a long moving process that began when the agency bought 14.5 acres in Hanover County’s Northlake development in early 2013. It had planned to build a new 45,000-square-foot, $10 million facility.

It scrapped those plans and signed a long-term lease in October for 52,000 square feet in Villa Park III, which is located on about 9 acres. The lease terms included an option to buy.

The agency began moving out of its former headquarters at 4010 W. Broad St. in May.

The DGIF’s headquarters is the central location to receive hunting and fishing licenses, and it houses the administrative and infrastructure sections of the agency.

“The department is the largest landowner in the state; we manage over 220,000 acres, so it’s a substantial job to maintain these properties, and that’s all headquartered here,” Walker said. “We also title and register a quarter of a million boats in Virginia. It’s a substantial amount of work.”

SilverCap Partners was the seller in the Villa Park deal. The Charlotte-based real estate investment firm purchased the building for $3 million about two years ago from U.S. Bank.

“The deal, from when (DGIF) said they wanted to buy, moved very, very quickly,” Douglas said.

DGIF still occupies the 52,000 square feet it had been leasing, Walker said. It shares the building with three other tenants: Honeywell, Office Max and Universal Hospital Services Inc.

Owning the building with plenty of space to expand in the future, Walker said, is a benefit for the DGIF. The department had previously leased out warehouse space to hold old documents and miscellaneous equipment but now can keep it all in one central location.

“It’s wonderful having everything on-site and not having to drive somewhere every time we need to pick up a file or historic document,” Walker said. “We also have a small regional office in Ashland from where we do a lot of our fisheries management, and this will allow us to streamline some of that and fold it into this new building.”

DGIF is a general funded agency, relying on money derived from issuing licenses rather than taxes, and it funded the $8.5 million purchase itself.

The department’s former headquarters on West Broad Street is now up for sale and being marketed by brokers John Wingfield and Debbie Wake of Divaris Real Estate. The property is made up of three buildings totaling more than 64,000 square feet across 7 acres.

The department still owns the land in Hanover County and has not yet marketed it for sale. Walker said the agency is hoping to sell its former West Broad Street headquarters before attempting to sell the parcel in Northlake.

DGIF isn’t the only state agency that has been looking for a new home. The Virginia Lottery is moving out of its downtown headquarters and searching for consolidated office space in the city or one of the surrounding counties.

I’ve long considered licenses just another form of taxation. It’s the same thing with a different name. A boater pays a sales tax, buys a boat tag, now a boater operators license, then pays a fuel tax. It’s apparently enough for the state to own a former facility on Broad, speculative land near Ashland and now a new building, all to administer the revenue that’s not generated thru taxation. It’s quite an industry!

I agree Bruce. I also noticed the building they laid 8.5 million for was purchased just two years ago for 3 million. Hmmm?!