A local real estate broker with four decades in the business has a new online venture aimed at building trust between homeowners and contractors.

Woody Hogg, of Mechanicsville brokerage ERA Woody Hogg and Associates, has launched AgentApprovedContractors.com, an online portal for homeowners to find contractors that have been endorsed and deemed trustworthy by local real estate agents.

Hogg said he wanted to create the free service after hearing from homeowners who told him they’d been swindled. He said one case in particular served as a motivator: a local widow whose family said she had been taken advantage of by a roofer who charged her triple the going rate.

Hogg said the website is intended to provide the peace of mind that can come from a personal referral, in that carpenters, appraisers and other contractors can only be listed with an endorsement from an agent. The site is free for users, and contractors pay a fee to be listed: about $30 a month, or $330 for a year. 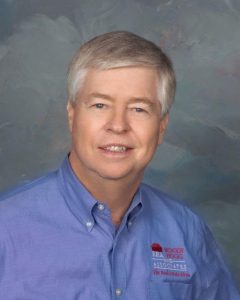 Contractors submit an application with the name of the agent that can vouch for them. Hogg’s site then works to verify the information within three business days.

Since launching in June, the site has compiled more than 50 contractors, whose services range from attorneys to asbestos remediation. Hogg said he started the site with about 10 contractors he has worked with over the years, and he is working to market the site through social media and his own professional network.

Hogg said he hopes to expand the site beyond the Richmond market once its database reaches about 200 listings. He said his ultimate goal is for the site to expand nationwide, with more referrals being made as more contractors sign on.

“We are now at the point where we have contractors contacting us, and we’re hiring some marketing people to really talk to contractors,” he said. “I’ve been a member of ERA Real Estate for about 38 years and I’ve got a network of brokers all around the country that I know, so I’m hopeful that will help, too.”

Hogg said he initially envisioned the site as a marketing tool for agents, who would then drive its database through word of mouth. But he said a slow start prompted him to put the focus on contractors.

“The agents are too busy, and it didn’t work the way I envisioned it would,” he said. “We went back to square one and said, ‘OK, let’s go for contractors.’”

Hogg enlisted TwelveTwo, a Midlothian-based web design firm, to develop the site. He said startup costs have totaled about $7,500.

Hogg said he hopes the site is a time-saver for homeowners and agents, noting his own commitments running a real estate company and serving on the board of a local bank.

“I’ve got a lot of things going on. My wife thinks I’m crazy to do this,” the 70-year-old said. “I just felt like it was something I had to do. I had the idea and it was gnawing at me.

“When we do home inspections, which everybody does today, there’s a lot of contractors that are utilizing that process. We as an industry are always dependent on our relationship with contractors,” he said. “This is just something I felt like I had to do.”