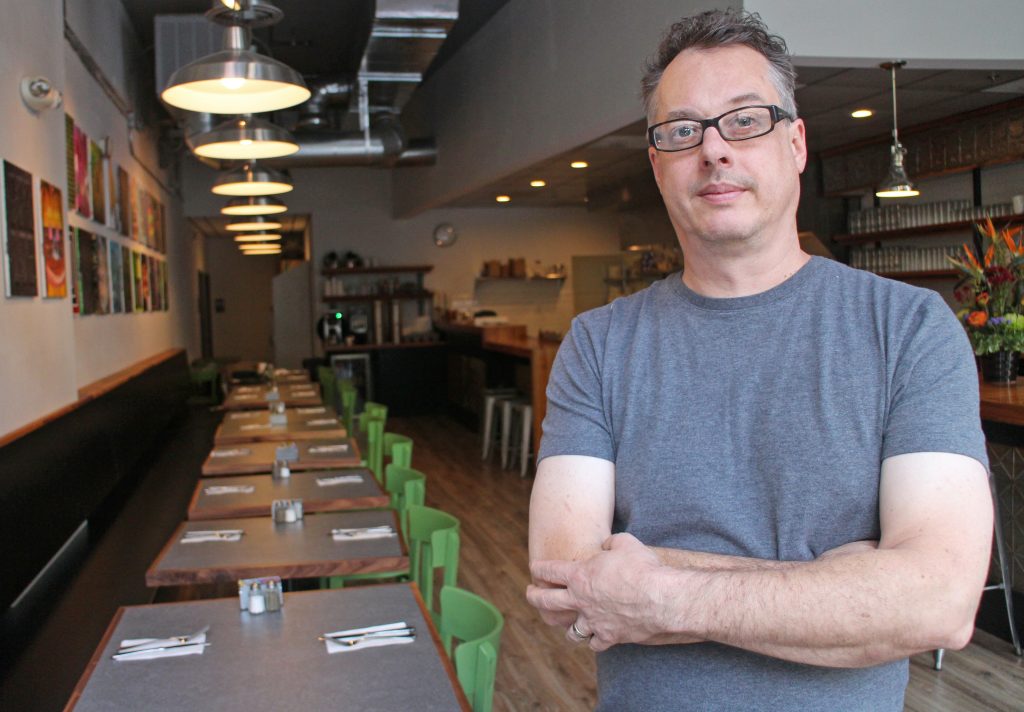 A downtown lunch spot has re-opened in bigger digs.

Citizen opened this week in its new home at 1203 E. Main St. downtown. Owner Greg Johnson had previously slung Citizen’s sandwiches and salads from the basement level of the Mutual building at 909 E. Main St.

At 2,000 square feet, the new storefront is twice the size of Citizen’s old space. It was formerly occupied by a short-lived fast-food venture called Well Food. 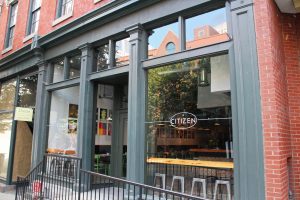 Citizen’s new spot sits at 12th and Main near the Capitol.

Johnson had hoped to reopen Citizen in June, but extra renovations delayed the project.

“The scope of the work we decided to do increased quite a lot,” he said.

Johnson, who launched Citizen in 2011, said his friend Tom Brickman did much of the renovations on the new space. Johnson’s wife, Sherri, did the tiling on the wall herself.

“There’s always a certain amount of uncertainty with opening any business,” Johnson said. “It’s better than I thought it would turn out.”

Citizen is open Monday through Friday from 7 a.m. to 3 p.m. Johnson would like to expand the menu and hours once Citizen gets its ABC license.

He said he isn’t sure what might come of Citizen’s former home.

Awesome! Can’t wait to check it out. Best lunch in town.

What Greg brought to downtown in 2011 was a real shot in the arm for the breakfast and lunch crowd. Very exciting to see him in a larger space, because any of his regulars could see he needed the extra room for the lunch rush Citizen always attracts. Looking forward to eating there soon.

The new location is really awesome! Definitrly morr space than the other location. And the food is of course as delicious as ever!