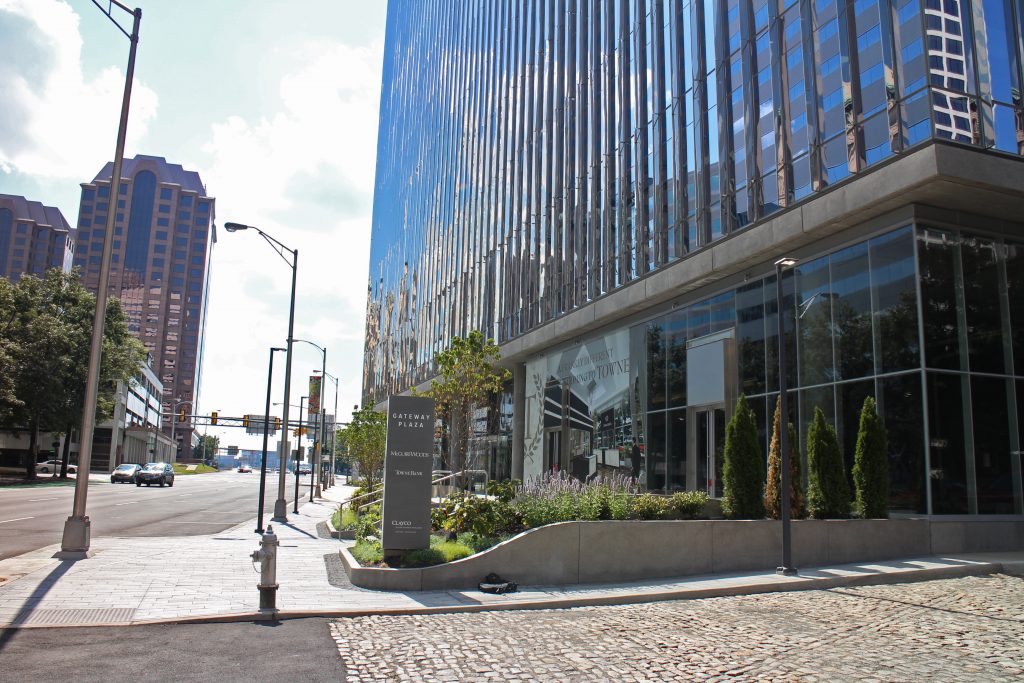 A new restaurant is moving into Gateway Plaza. Photo by Michael Thompson.

A Potbelly Sandwich Works franchise has leased space on the ground floor of the Gateway Plaza building at 110 S. Ninth St.

The franchise is owned by Jay Clark and David Duke and will occupy 2,200 square feet in the 18-story tower.

Clark said he and Duke are looking forward to going after the downtown lunch crowd and the employees on the floors rising above their shop.

“The financial district is perfect for Potbelly,” Clark said. “Eighteen floors of built-in customers is attractive in its own way.”

Potbelly sells sandwiches, salads, soups and milkshakes in a fast-casual setting that caters to the lunch crowd. The brand has one other location in Richmond at 10921 W. Broad St. in the Colonnades West Shopping Center, which Duke opened in 2013. 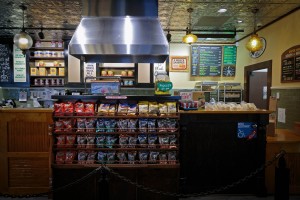 A Potbelly location in Omaha, Nebraska. Photo by Matt Miller, courtesy of Potbelly.

Clark runs that West End location and is a co-owner of the downtown location. Before linking up with Potbelly, Clark was a partner in the Bobalicious frozen yogurt shop that opened and eventually closed on North Laurel Street at VCU.

Gateway Plaza was developed by Chicago-based Clayco and broke ground in 2013. The 307,000-square-foot tower’s anchor tenant is McGuireWoods, which began moving in earlier this summer. TowneBank is building a branch on the ground floor and will take additional office space in the upper floors. Bill Goodwin’s CCA Industries and local insurance firm BCG Cos. will occupy the top floor.

Potbelly won’t be alone in trying to quickly churn out sandwiches downtown. Jimmy John’s, Wendy’s, Quiznos, Subway and Arby’s all have locations in the surrounding blocks.

Clark said he hopes local music and quality food will set Potbelly apart – they plan to have live music in the restaurant every day. He said breakfast will eventually be added to the downtown shop, as will delivery and catering services.

This will be a great addition to the lunch scene in that area! Potbellies has super sandwiches!