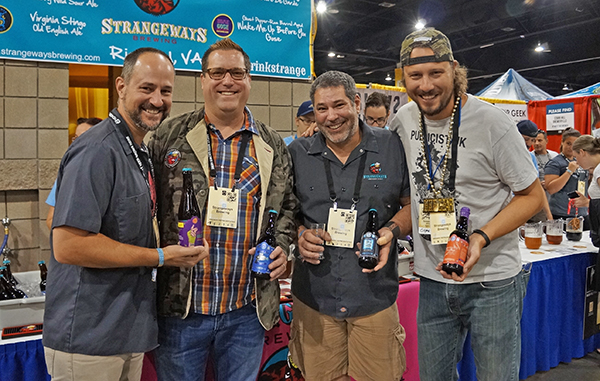 Two Richmond-­area breweries were pouring their finest at the Great American Beer Festival in Denver, Colorado, this weekend.

Strangeways Brewing and Lickinghole Creek Craft Brewery joined hundreds of other breweries to soak up the boozy atmosphere at the annual event, a national competition among some 750 breweries that also includes tastings and speakers.

“We just want to be with people who are super passionate – and there’s no better place than here,” Strangeways founder Neil Burton said. “We brew a lot of beer ‘off-­style’. We’re not the guys who will win a medal in any particular category, because we pick a direction and then we stray from it.” 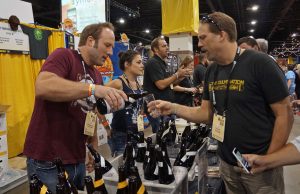 In just two years of brewing, Burton said, Strangeways has made more than 300 kinds of beer. The beers Strangeways brought to Denver were: Freeze Ray Eisbock, Guarded By Monkeys, Oscillate Wildly Blueberry Wild, Virginia Stingo ‘Red Wine’, and Wake Me Up Before You Gose Ghost Pepper Barrel Aged.

Lickinghole Creek, a farm brewery in Goochland, draws its name from a creek located near the property and the unusual practice of using untreated water in its beers.

Lickinghole brought its Batchelors Delight, Bourbon Barrel Triple and Rosemary Saison to serve at the festival. And its Heir Apparent won a silver medal in the Chili Beer category.

Other Virginia breweries that are coming home with medals are: