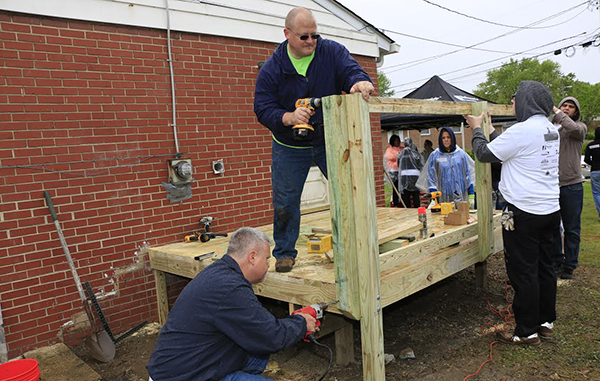 The two local affiliates of home rehab nonprofit Rebuilding Together are working to nail down a merger.

The nonprofit would maintain a physical presence in Petersburg; the Tri-Cities affiliate’s coverage area also includes Colonial Heights, Hopewell and the counties of Dinwiddie, Prince George and southern Chesterfield. But operations and oversight would be combined with the Richmond office, which is located at 406 W. Franklin St.

The two affiliates are among about 150 across the country that provide low-income homeowners with home repairs, accessibility improvements and energy-efficient upgrades. Services are provided by volunteers from local corporations, churches and civic associations that also provide funding through donations.

The decision to combine the two local affiliates was prompted by the departure of Rebuilding Together Tri-Cities Executive Director Ryan Miller, who left for the Midwest with her husband in July. Jeff Blaha, president of Tri-Cities’ board of directors, said recruiting a replacement proved challenging for the group and provoked discussions of consolidating with its Richmond counterpart.

“We did have a struggle finding an executive director down here to run a basically one-person office, versus the Richmond affiliate has the economies of scale where they have a bigger staff,” Blaha said. “We approached them to ask if they wanted to help us out. I think by joining forces, we’ll actually meet some economies of scale and share strengths.”

Where the Richmond affiliate has a staff of about five and its own pool of resources, Blaha said the Tri-Cities group performs fundraising and outreach that’s unique from its northern partner and would benefit the group as a whole.

“I think we can learn from each other,” he said.

Among those efforts is a benefit auction Nov. 22 called Fall Fixin’s. Blaha said money raised from such events would continue to benefit the Tri-Cities area.

“Richmond is committed to keeping that money down here, and any money that we raise in conjunction for Tri-Cities will stay down here,” he said. “That way, Tri-Cities doesn’t lose out on any of the money that our supporters have donated or that we have gotten awarded via Community Development Block Grants.”

Two of those grants – one awarded to Petersburg and the other to Hopewell –amount to about $45,000, Blaha said. 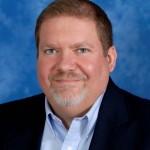 In addition to combining resources, the deal will also merge the two boards. Two or three members of the Tri-Cities board will be added to the Richmond board, Blaha among them.

George Holcombe, president of the Richmond board, said the additional representation would be needed to cover the larger service area, which would span from Richmond to south of Petersburg and pull volunteers from as far west as Goochland County and as far south as Dinwiddie.

Holcombe said the wider area did prompt some concerns about coverage, but he said staff has so far been able to cover both areas and provide services as needed.

“I think overall it’s going to work out well,” he said. “It’s maybe not deepening the relationships with families and homeowners in one area, but it is definitely bringing in more funding resources, more volunteer resources and giving us more of that regional view, and hopefully will get us more name-brand recognition and support longer-term.”

The Richmond office will oversee the combined area, and Holcomb said the Petersburg office, at 829 Commerce St., would be staffed several days a week to maintain a physical presence there.

Mary Kay Huss, whose role as Richmond’s executive director will now extend to the Tri-Cities, said the group is aiming to complete the transition by the end of the year. She said the merger would depend on approvals from the national organization. 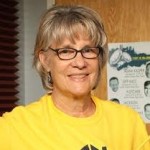 Huss said the combined resources would allow the group to complete additional projects year-round – a trend she said would continue to increase along with the growth of the local senior population.

“In 10 years, in the Richmond metropolitan area, there’ll be more folks over the age of 65 than there are school-age children,” she said, citing statistics from the Richmond Regional Planning District Commission’s Age Wave study.