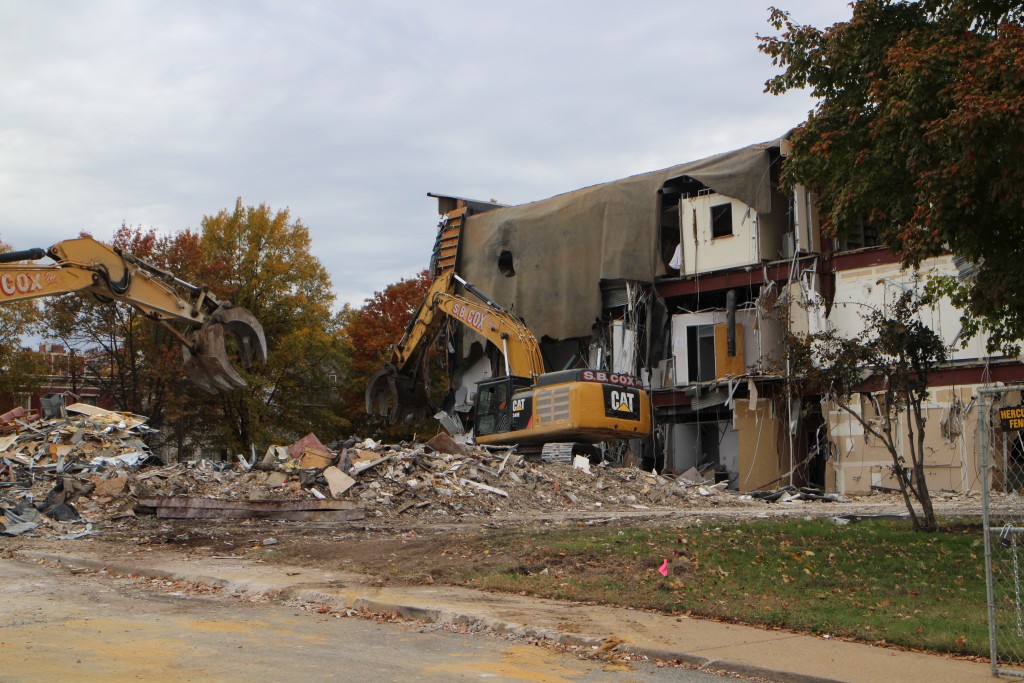 The property at 505 W. Leigh St. is being torn down. Photos by Katie

Bulldozers are going full steam to demolish the 45,000-square-foot Belvidere Medical Center building at 505 W. Leigh St. The work began in recent days and will open up the property’s nearly 3-acre plot to potential redevelopment.

But it’s unclear what will come next for the land.

The property was built in 1980 and is owned by Downtown Medical Investment Group LLC, which purchased it in 2007 for $550,000. It was formerly occupied by several physicians’ practices, all of which now have disconnected numbers.

The registered agent for the LLC is physician Wiley J. Latham III. According to city records, Downtown Medical Investment Group LLC comprises 10 local physicians, all of which either could not be reached or did not return requests for comment.

Two building permits totaling $122,000 were issued early last week for S.B. Cox to begin demolition. No other permits have been filed for the property, according to online city records, nor have plans been filed with the Richmond Planning Department.

The property was most recently assessed at $2.8 million, city records show.

Stay tuned to BizSense for more.