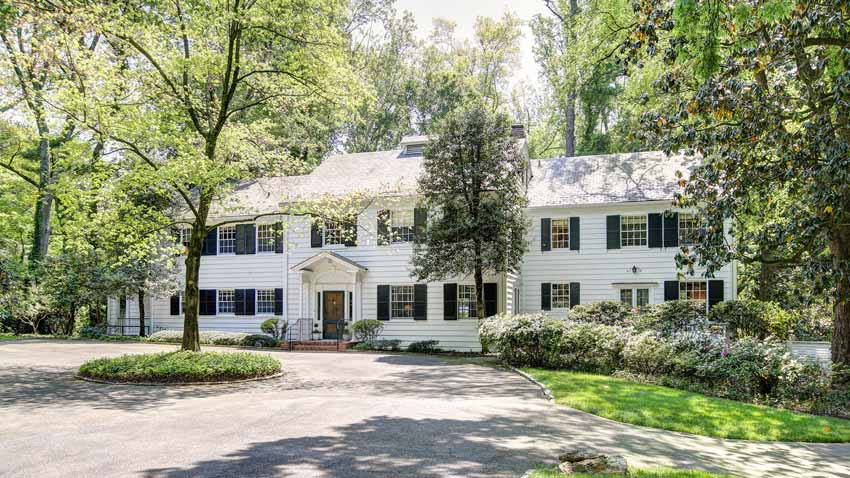 The former home of one of Richmond’s most well-known families is in the hands of new owners for the first time in half a century.

The longtime residence of the late Charles G. Thalhimer, the Richmond retailer and philanthropist whose family was behind the former downtown-anchored department store chain, was sold Oct. 16 for $1.5 million – below its original listing price of $1.89 million.

The 5,700-square-foot house on 2.5 acres at 10 Bridgeway Road near the Country Club of Virginia had been on the market since May. It was co-listed by Joyner Fine Properties agents Lynn Bugg Pritchard, Mary Davenport and Jill Plageman.

Henrico County property records list the buyers as Mark and Tiffany Lange. They were represented by Augie Lange of Augie Lange Realty.

The sale is the first for the property since Thalhimer purchased it in 1950. Following his death last year at the age of 94, the two-parcel property had been in a trust overseen by Thalhimer’s children, Harry Thalhimer and Ellen Holland.

Pritchard and Davenport said the family members are pleased with the transaction.

“The sellers are thrilled to have them as buyers, because the house will be in great hands,” Pritchard said. “It got a lot of good response. We had a number of good showings.”

Davenport said the listing attracted a lot of interest and multiple offers in the five months it was on the market.

“Each offer had different terms, which we had to work through,” Davenport said. “The process was very smooth, and given the price point, the sale came to fruition fairly quickly – especially during the summer months, which can typically be a slower selling period.”

The colonial-style house has five bedrooms, 5½ bathrooms and amenities including an elevator, swimming pool and tennis court. Harry Thalhimer said his parents, Charles and Rhoda, made significant additions to the original house, which was built in 1937.

Charles Thalhimer was among the fourth generation of his family to run the Thalhimers chain of department stores, serving as vice chairman of Thalhimer Bros. Inc. until his retirement in the 1980s. The family of retailers is distantly related to the Thalhimers of local commercial real estate firm Cushman & Wakefield | Thalhimer.