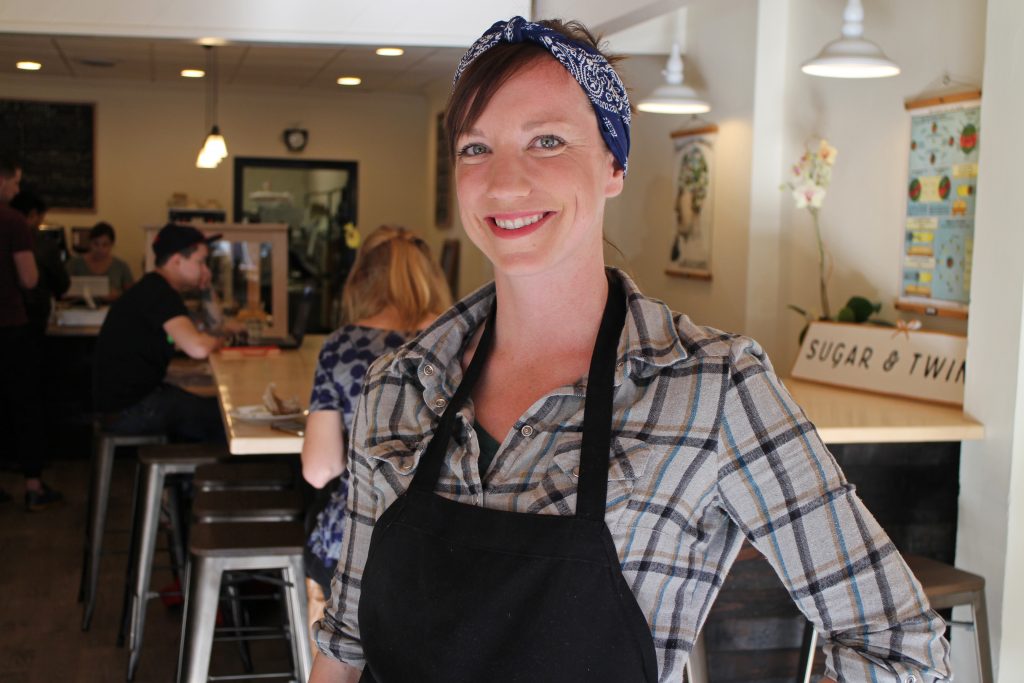 Beth Oristian has taken over a Carytown bakery and cafe. Photos by Michael Thompson.

A Portland baker has taken over a Carytown coffee house.

Beth Oristian opened Sugar & Twine at the end of October at 2928 W. Cary St. in the former Capital Coffee and Desserts space.

Oristian, 30, bought Capital Coffee in July and launched her new venture after a few months of operating under the old brand. 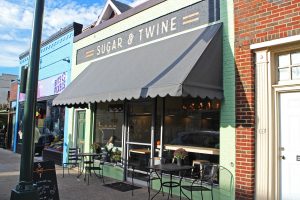 Sugar & Twine sits on the same block as the Byrd Theatre.

The new business sells house-made pastries, muffins and cookies and coffee from Trager Brothers Coffee and Adibo Coffee Co. In addition to retail sales, Sugar & Twine sells its baked goods to the Richmond Restaurant Group, which owns six restaurants in the area, including the nearby Daily Kitchen and Bar in Carytown.

Oristian said she approached Capital Coffee owner Beth Burgess earlier this year and in seven months worked out the details of a deal, the financial terms of which she declined to disclose. Burgess had owned the business for 12 years, Oristian said.

Before announcing the change in ownership, Oristian worked under the Capital Coffee banner to learn how the business worked.

“I really wanted to get to know who the regulars were and who it was that kept the place afloat,” she said. “It’s been a very smooth transition as far as the customer base is concerned.”

Oristian said she has been able to retain regulars while also giving the cafe a modern look and renewed emphasis on pastries.

She said it cost around $30,000 to open Sugar & Twine. She financed it with a combination of personal savings and $16,290 she raised with the crowdfunding site Kickstarter. The business was closed for two weeks while the cafe got its makeover. 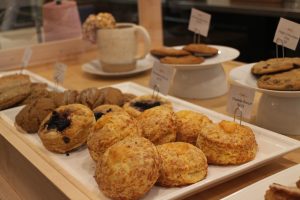 “It was a painful two weeks, and I’ll never be my own general contractor again,” Oristian said.

Her passion for sweet treats came into focus when she worked at a law firm in Los Angeles.

“I found that my de-stressor after a long day was sitting in my kitchen baking,” Oristian said.

Hungry for a career change, she then went to pastry school in Portland and eventually landed a job assisting acclaimed baker Kim Boyce. Oristian said Boyce inspired her to venture out on her own. She chose to open her shop in Richmond to be closer to family in the area.

Oristian said she hopes Sugar & Twine will be a place where regulars can connect with new faces. On the business side, Oristian is in talks to land more wholesale accounts.

“The history of this space is undeniable,” Oristian said. “The plan is to grow from what we have here.”

The pastries looked good and the croissant was delicious. I missed the variety I had grown accustomed to.

Lovely! Best of luck in your new venture!

Beth! Good seeing you 4 of the last 5 days this week!! You’re off to a great start.

One mouthful of the FRESHLY MADE CROISSANTS and you too will be hopeful that Sugar & Twine is here to stay as their product line grows to add soup and quiche. RIP Capital Coffee and wishing you and your amazing Morning Glory muffins and turkey apple sandwiches all the best in retirement Beth Burgess. You were amazing.