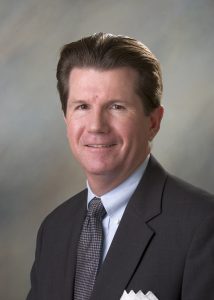 A major name in Richmond law is returning to his roots.

Gary LeClair, co-founder of downtown law firm LeClairRyan, is relinquishing his long-time position as the firm’s chairman to go back to practicing law full-time in the firm’s venture capital practice.

The move, effective Dec. 31, has been 15 years in the making, LeClair said. It is part of a transition plan aimed at ushering in the next generation of leaders in the firm and included LeClair stepping down as CEO five years ago.

“It’s very important for the firm that we have an orderly, well-planned transition,” he said. “We want to leave the firm stronger than when we got here so everyone that comes after us can achieve all we did and more.”

LeClair has served as the firm’s chair for 28 years, and with his move, the position will be eliminated. Instead, other leaders within the organization will absorb his responsibilities, which largely include leading the firm in its nationwide expansion.

“They’ve been actively taking over for the last five years because we’ve been working on this and giving them more responsibilities,” LeClair said of the new leadership, which includes new CEO David Freinberg and COO Peter Mares. “So they’re ready, and I really think they’re going to do so much better than the first generation. It’s exciting to see.”

With the transition, LeClair will devote all his time to his venture capital law practice. He had never completely stopped practicing law while juggling various leadership roles over the years, but he said law has only taken up about 25 percent of his time.

“Instead of spending 500 hours a year on venture capital activities, I’ll spend 2,000-plus hours,” he said. “While I thoroughly enjoyed being a leader, I am absolutely thrilled and excited to get back to my roots.

“It’s interesting the way the stars have aligned, because Richmond really is surging in its venture capital and entrepreneurial communities,” he added. “I’m pinching myself with all the opportunities in Richmond, so the timing is perfect.”

The VC practice includes working with entrepreneur clients as they look for funding and helping craft financing deals, as well issues of trademarks, patents, licensing, taxes and employee benefits.

LeClair said he will make the transition with a “very large” client roster already and that he will continue taking on new clients.

“When we started the firm, the words ‘entrepreneur’ and ‘venture capital’ weren’t in the common lexicon in Richmond, but now they’re ubiquitous,” he said.

LeClairRyan was founded in 1988 as a small firm with a focus on the venture capital industry. At one point, LeClair said, the VC practice made up 100 percent of the firm’s work. Now it makes up about 5 percent.

“I was 32, I was young and didn’t know any better,” LeClair said. “We had a written business plan that said we were going to become four, maybe five lawyers.”

Now the firm has 25 locations in 14 states and Washington, D.C., and is approaching 400 attorneys. It opened new offices in California, Georgia and Delaware this year.

“LeClairRyan now does more business before noon every day than we did in our first year of operation,” LeClair said.