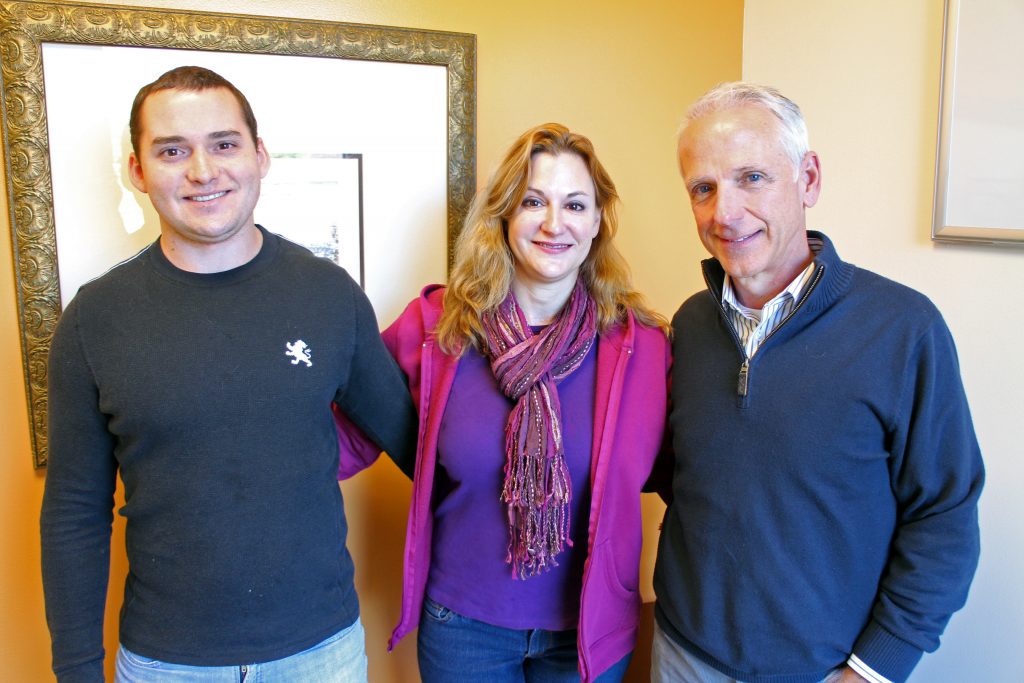 Jonathon Marioneaux, Rebecca Caffrey and Stephen Carroll, from left, are working to get a new pharmaceutical startup off the ground in the Biotech Park. Photo by Katie Demeria.

With a $3 million capital raise underway, a group of VCU alumni and Health Diagnostic Laboratory veterans have launched a startup to find cures for “the worst epidemic you’ve never heard of.”

That’s how Rebecca Caffrey describes the two increasingly prevalent liver diseases that her new company, the 8-month-old Sanyal Biotechnology, was developed to combat.

The company is named after its president and chief medical officer, VCU’s Arun Sanyal, who developed methods for testing the impact of drugs that could potentially treat non-alcoholic fatty liver disease and non-alcoholic steatohepatitis, or NASH.

Cirrhosis, or scarring of the liver due to conditions like NASH and fatty liver disease, is the most common reason for liver transplants in the U.S., according to the American Liver Foundation.

With that market in mind and expanding on the methods Sanyal developed at VCU, the company was founded in March.

CFO Stephen Carroll and Caffrey both graduated from VCU and met while working at HDL. Carroll was HDL’s CFO and left in early 2014 and was most recently managing director of Proline Corporate Advisors. Caffrey was HDL’s senior director of intellectual property strategy before leaving in the first round of layoffs in August of last year. She met Sanyal Biotechnology’s director of operations, Jonathon Marioneaux, at HDL and met Sanyal while serving on VCU’s Commercialization Advisory Panel and as the school’s Entrepreneur in Residence. 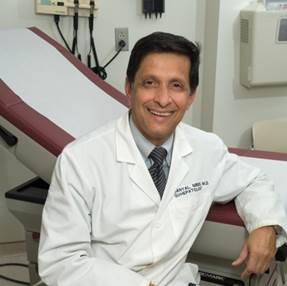 Eight months in, Sanyal Biotechnology already has customers lined up, Caffrey said, who are eager to test whether or not their drugs have a shot of hitting the market on a commercial level. Most of those customers are pharmaceutical companies. There is currently no FDA-approved drug for treating fatty liver disease or NASH.

“But there’s a huge demand because so many people are sick,” Caffrey said. “Pharmaceutical companies have a problem because they have a million compounds and they don’t know which ones to bring to clinical trials in humans, and that’s really slowing down the process.”

Sanyal’s technology essentially provides a more efficient testing ground for pharmaceutical firms to evaluate the effect of their drugs on liver disease.

“The reason they’re beating down our door is because we can accelerate their drug development time line and save them money. So by using our technology to screen their drug candidates, they get a lot closer to their human clinical trials and will have more candidate drugs that will probably work in humans because of our efforts,” Caffrey said. “We can’t get going fast enough.”

The company would not go into detail about its methods or technology, as it has two patents pending and another application set to go out next month.

To jump-start its drug testing work, Sanyal started a campaign about a month ago to raise $3 million from angel investors and is a third of the way to its goal. It hopes to complete the raise by the end of December.

From there, the next step will be hiring a staff of about 20 and buying lab equipment, Caffrey said. Sanyal has already been operating out of the Biotechnology Research Park.

Sanyal is a VCU professor of medicine and has an extensive resume in liver disease. He’s the current chair of the National Institutes of Health’s liver study section, a former chair of the NIH NASH Research Network and former president for the American Association for the Study of Liver Disease.

Caffrey said the university owns a stake of Sanyal Biotechnology.

“As a VCU alum, I am all over this,” Carroll said. “It’s just super exciting to bring this out of VCU.”

Caffrey has helped many biotech startups get off the ground in the U.S., the U.K., and Qatar. She said she hopes to foster a biotech market in Richmond that will encourage innovators to get their ideas off the ground, hopefully using Sanyal’s future profits to fund new programs and work closely with VCU’s Innovation Gateway.

“(In Richmond), we have the inventions and we have the people with innovative ideas, and there is a gap between those ideas and teaching those people to commercialize them and be entrepreneurial and bring them together with the investors who can fund those companies,” she said. “You can have the best idea in the world, but if you don’t know what to do with it and you don’t have somebody to back you, you’re not going to go anywhere.”

Carroll said he has seen Richmond struggle to “connect the dots between funding and good, commercializable technology and business ideas.”

But he said he sees that beginning to change.

“It’s refreshing to know that we’re finally getting it here, but it does take somebody like Rebecca and this opportunity to show people that it can succeed,” he said.