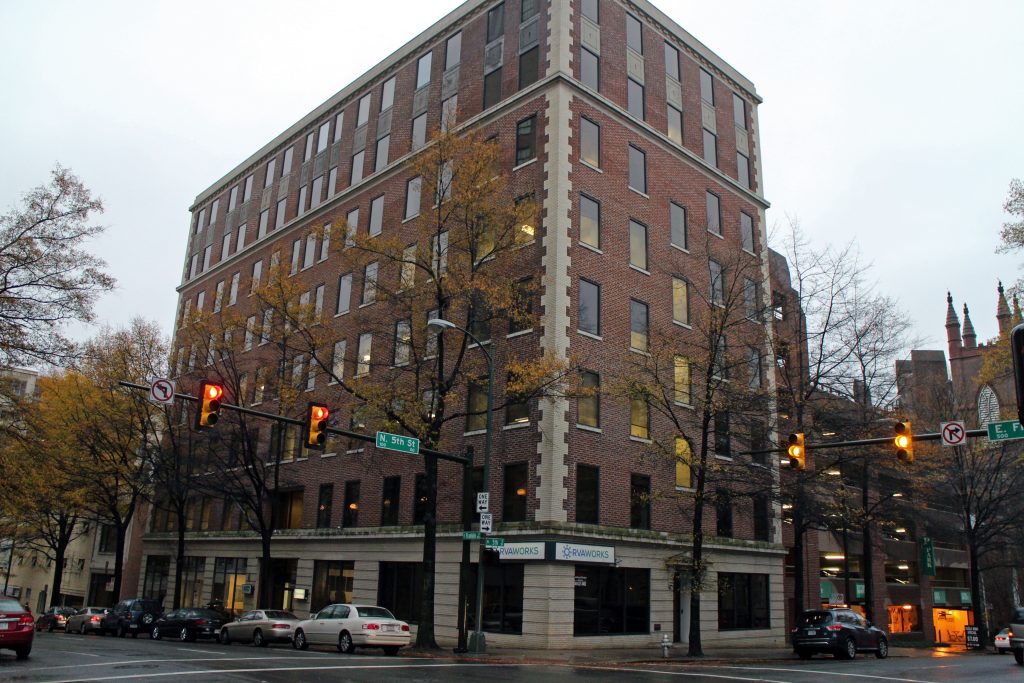 The Economic Development Authority has put out an RFP on its building at 501 E. Franklin St.Photo by Katie Demeria.

The Richmond Economic Development Authority is looking to unload some downtown real estate.

The EDA has issued a request for proposals for its 47,000-square-foot property at 501 E. Franklin St., asking applicants to submit a proposed purchase price and a plan for the property.

The quasi-governmental body has owned the eight-story office building since 1999. It has housed the EDA’s incubator for emerging Richmond companies, RVA Works, and also offers space for lease to businesses that have completed the program.

“While we remain committed to RVA Works and being a supporter and encourager of the incubator and accelerator ecosystem here in Richmond, we feel we can do better without being in the space-rental business,” EDA board member John Molster said.

A handful of EDA employees are based out of the downtown building and the authority is now in the midst of “defining what we need in terms of space,” said Molster, who is also a managing director at investment banking firm BB&T Scott & Stringfellow.

“It’s too early to say what that space will look like,” he said. “We have a lot of ideas.”

The EDA meets in Main Street Station, and Molster said one option may be to set up its employees there, but nothing has been finalized.

The board is asking applicants to submit purchase prices and their plans for the Franklin Street property by Jan. 6. The winning offer would then likely be accepted by the end of January, Molster said.

He said the authority is hoping that the property will go on the tax roll and create revenue for the city, as it currently does not. The group is a political subdivision of the commonwealth, and its seven board members are appointed by City Council.

The RFP states that the EDA is hoping to choose the offer that creates the most value for the authority, but Molster said it would not want to accept a proposal that “we don’t think would be good for the city.”

The RFP includes seven criteria by which the EDA will weigh the offers: greatest value to the EDA; ease of transaction closure; the applicant’s financial capability; the applicant’s past experience in development or business acumen; the effect of the plan’s use on surrounding properties; compatibility with the city’s master plan; and total fiscal impact.

Already, Molster said, the RFP has generated a good amount of interest.

“It is a great location on that corner and a good opportunity,” he said.