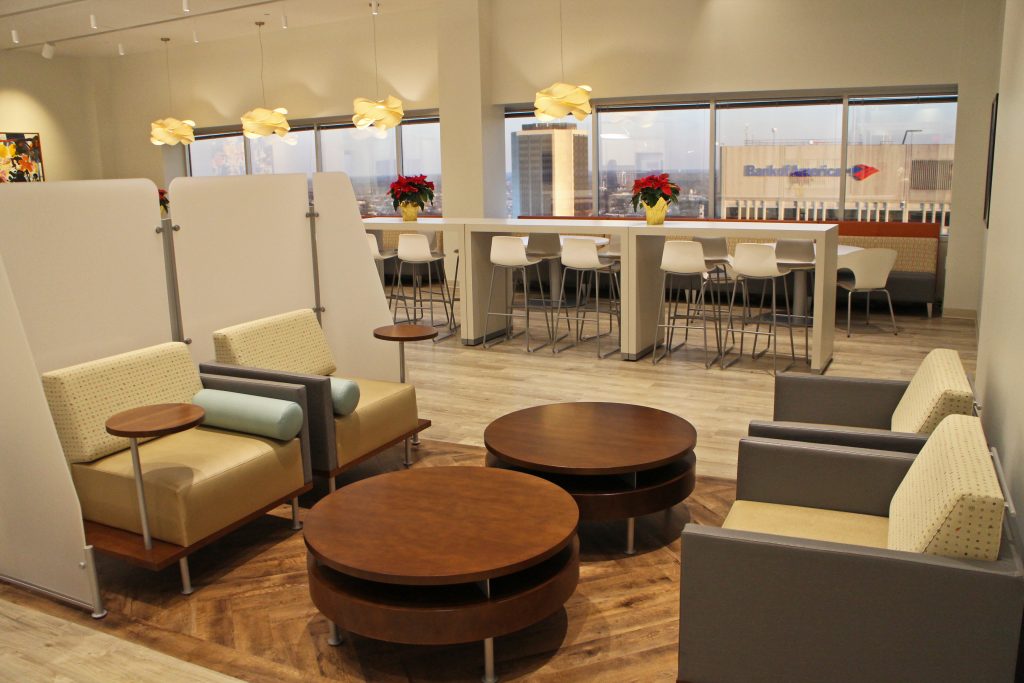 LeClairRyan has moved into the top few floors of the SunTrust Center. Photos by Katie Demeria.

One of Richmond’s largest law firms made a toast to its new downtown digs this month.

LeClairRyan is up and running in 50,000 square feet in the SunTrust Center at 919 E. Main St. The firm, which held an event last week celebrating the new office, moved about 170 staff members, including more than 60 attorneys, in early September from its longtime home in Riverfront Plaza’s East Tower at 951 E. Byrd St. 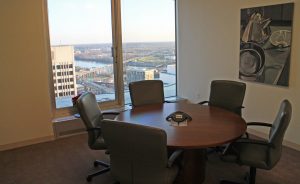 Large windows throughout the office show off top-floor views.

It has a 10.5-year lease for the top three floors in the 24-story SunTrust building. The space takes advantage of its commanding city views with floor-to-ceiling windows in nearly every room and includes a number of community spaces for meetings or teleconferences.

The move was a decrease in space for the 27-year-old firm, which formerly occupied 80,000 square feet in Riverfront Plaza. It made the decision to switch as its lease in the tower was coming due.

LeClairRyan continues to lease about 2,000 square feet at its Innsbrook location at 4201 Dominion Blvd.