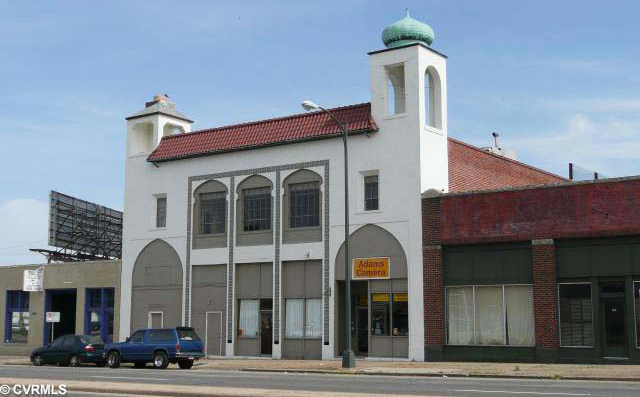 The Hofheimer Building on West Broad Street will rent out its rooftop for events. Image courtesy of CVRMLS.

A developer and a caterer have struck a deal that will make it easier to see the downtown skyline from Scott’s Addition.

Snipes Properties and Mosaic Catering + Events signed a one-year marketing and management arrangement last month that will allow events to be held on the rooftop and upper-level loft of the Hofheimer Building at 2816 W. Broad St.

The agreement lets Mosaic handle the booking and organizing of events at the venue, which is owned by Carter and Annie Snipes. The couple purchased the 14,000-square-foot property in January for $350,000 and have begun a $1.5 million renovation and signed restaurateur Peter Chang as their first tenant for a 3,000-square-foot part of the building.

Snipes Properties held at least two events seeking input from the public on what the best use for the Hofheimer Building would be. Carter Snipes said the most common refrain was an events space, and he had the building rezoned in November to allow the rooftop to host events.

“This gives the public access to the rooftop,” he said.

Snipes said Mosaic presented a business plan in the fall that persuaded him that an events space would be profitable. Snipes Properties had already rented the space out three times for art events without advertising and prior to beginning renovations on the building. 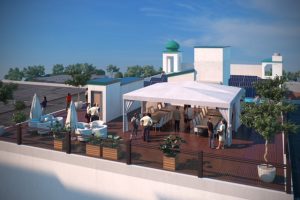 Mosaic has done catering and event planning since 1997 and is based out of a property at 3001 Cutshaw Ave. near the Hofheimer Building. Snipes Properties will get a percentage of the rental fee for each event.

“Based on their projections in the events space, the pro forma will exceed a normal office rental,” Snipes said. “That revenue was higher than a price per square foot basis for a standard tenant.”

The property will be ready for more robust events in March, for which there already three events on the books.

“We moved to Scott’s Addition about three years ago and have watched that area transform,” Traylor said. “We’ve had clients who want something different than a ballroom. People are looking for something a little more raw.”

Traylor said Mosaic hopes to do at least 35 events at the Hofheimer building in 2016. The rates are still being finalized. He said the deal is the first in which Mosaic will do all the management and booking for a venue.

In addition to renting the space out for private events, the Snipes family and Mosaic plan to put on a monthly event for the public to come drink and eat at the property.

There are two spaces still available for lease at the Hofheimer Building: a 3,600-square-foot office space and a 3,000-square-foor retail or restaurant space.

Chang is expected to open in the building next year.

It’s great to see creative use of historical property like this expand the offerings in the area. Annie/Carter have a knack for doing pocket development like this that balances the area needs with sustainability of long term business offerings which add to our great city’s diversity. We were proud to help them visualize their use of a great property in a booming area of town. See everyone on the deck or downstairs for some grub soon!

I will believe Chang’s is coming when I walk through the door; The May article said opening this fall and now “next year” as in 2016 or 2017? It is 10 days until next year and it does not look like it will be ready in 10 days. It does not take 2 years after a lease is signed to open a fast casual 3,000 sq ft place.

Michael Dodson – They purchased in January. There was a process to assess/acquire the proper zoning. They then held a number of public functions to invite the public to see the building, and then offer suggestions for the best use. They then jumped into renovations and the search for tenants. As someone who has opened restaurants in new construction, Chang would be prudent to wait until the process is nearly complete to open his spot. A construction zone does not exactly create a nice ambiance for dining. Keep your pants on.

Peter’s permits are submitted with the City. We’re wrapping up the storefront and warm shell now. He should have his kitchen built out in a few months and be open in the Spring. Renovating a 90 year old building is a slow process and Peter has been very patient with us over the past 7 months. His plans show a 50+ seat dining room, a cocktail bar and over 1400 sq ft of kitchen space. I’m sure his fans will not be disappointed and we’re excited to welcome him to the neighborhood!

I can’t wait for Peter changs to open, and I think carter is doing great things with the space.