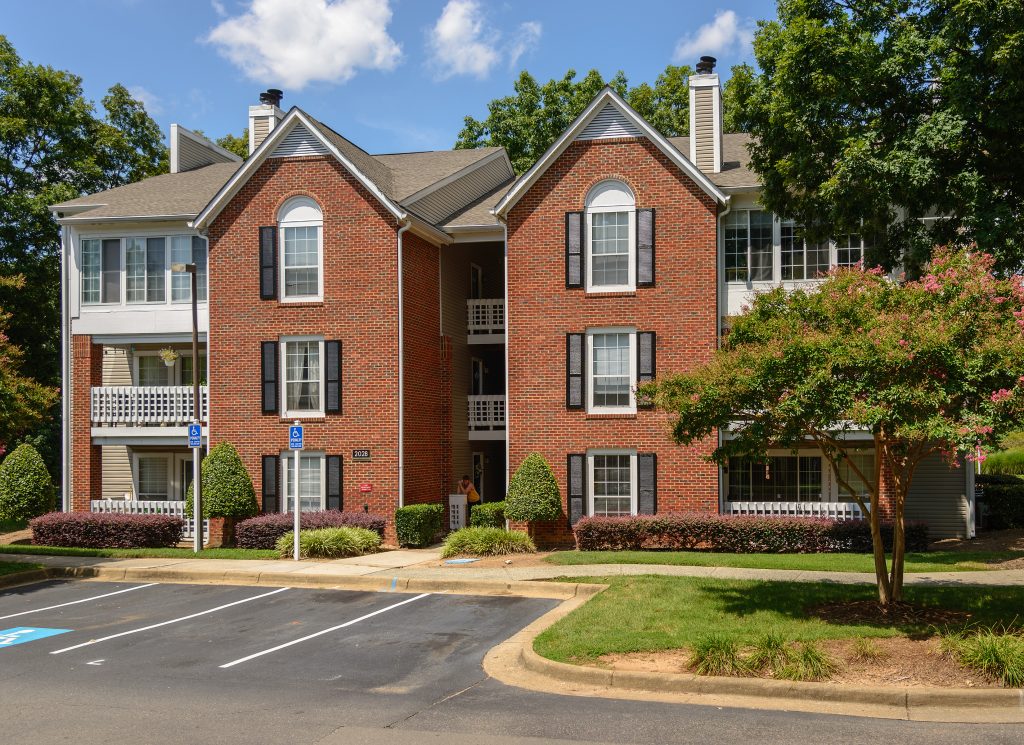 The Timbers apartments in Bon Air was recently sold for more than $27 million. Photos courtesy of ARA Newmark.

With 2015 on the wane, local apartment deals are waxing.

The Richmond apartment market is set to see nearly $70 million worth of sales close in December, with several transactions already sealed and others in the works.

The largest of the bunch to close in recent days was the Dec. 18 sale of The Timbers, a 240-unit complex in Bon Air that fetched $27.05 million.

The buyer was Philadelphia-based PRG Real Estate. Brokers Wink Ewing, Mike Marshall and Drew White of ARA Newmark represented the seller, who did not want to be named. The property was most recently held by an LLC tied to Fairfield Residential, a California-based property management company, according to Chesterfield property records. 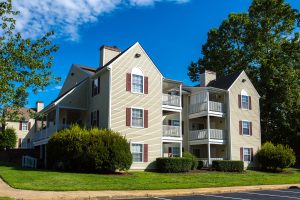 The Timbers was PRG’s second acquisition in Richmond this month, after paying $23 million for the 232-unit, 26-acre Ashton Creek Apartments in Chesterfield on Dec. 11. The property was previously owned by Washington, D.C.-based Ashton Creek Barnaby LLC. Chris Chadwick and Dawson Rinder of Marcus & Millichap brokered the deal on the property, which originally had a $25 million asking price.

PRG owns at least two other apartment complexes in the area: High Park Apartments in Chester and Staples Mill Townhomes in Henrico County.

Elsewhere on the Southside, BH Equities bought Newport Manor, a 200-unit complex, for $15.8 million on Dec. 15. Ewing, Marshall, and White of ARA also worked that deal for the seller, which was a group of investors serviced by Massachusetts-based Stratford Capital Group. The property was listed in the summer at $16.5 million.

Ewing said it’s been the apartment market’s best year in a while.

“Richmond was really slow the last two years,” he said. “All of the sudden in 2015 there’s been a ton of activity.”

Ewing said the increase in interest rates recently announced by the Federal Reserve may have played a factor in the recent closings. He also said the approach of 2016 helped push deals along.

“Everybody likes to try to wrap things up before the New Year,” he said. 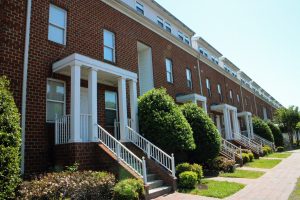 The Carriage House apartment complex in Carver is set to finalize a sale by the end of the month. Photos by Katie Demeria.

Keeping pace, Chadwick and Rinder have a deal set to close Dec. 29 for the sale of the Carriage House Apartments in the Carver neighborhood near VCU. Chadwick said the buyer is locally based Levco Realty Group. The 41-unit complex was listed in the spring at $8.25 million and is currently owned by an investment group based out of Virginia Beach.

Chadwick too said the forthcoming increase in interest rates is helping fuel all the deals. He said apartments weathered the recession and are performing well as the economy has regained its health.

“There’s still a lot of demand out there for apartments,” he said. “The market continues to be frothy.”