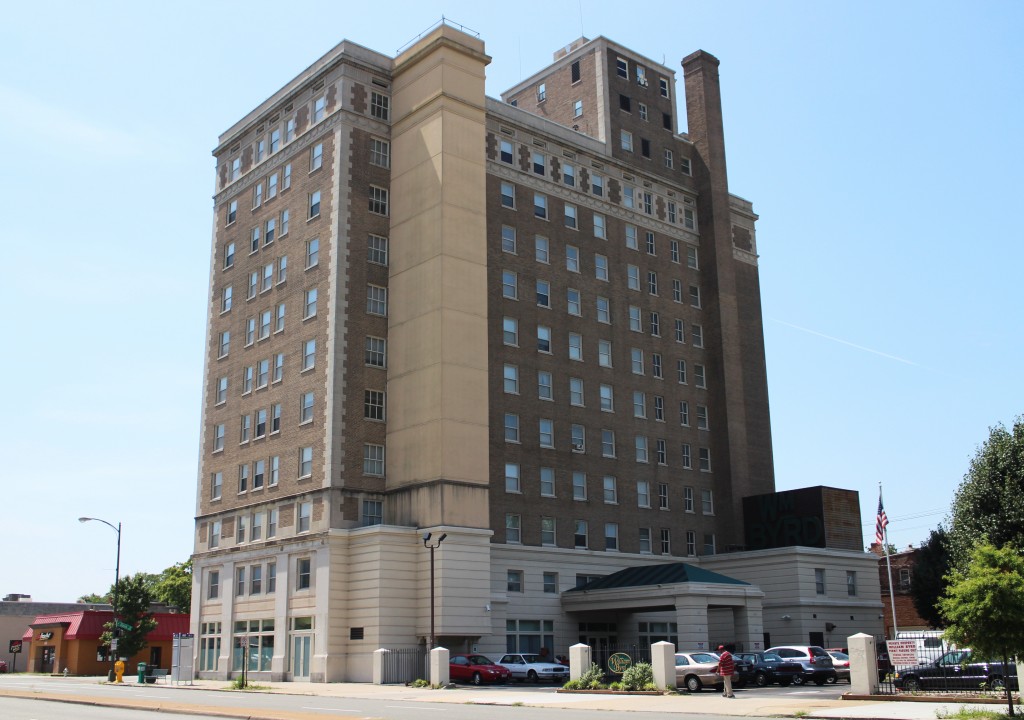 The William Byrd apartment building, across from the Science Museum, will undergo renovations. Photos by Katie Demeria.

With financing in hand, a 90-year-old Broad Street high-rise is ready for its makeover.

The owners of the William Byrd building at 2501 W. Broad St. last month secured $5.4 million in financing and have started interior demolition of the low-income senior apartments.

The property, owned by a group of investors that includes Project Homes and Virginia Community Development Corp., will have each of its units renovated and will see its total number of apartments reduced from 107 to 104 as portions of the fourth floor are changed to meet federal standards for residents with disabilities.

Lee Householder, executive director of Project Homes, said the financing was provided by the Virginia Housing Development Authority, Virginia Community Capital and the city of Richmond Housing Trust Fund. The owners have been working for almost three years to get the necessary low-income tax credits and historic tax credits for this project.

“For our region, this is one of the most significant examples of quality affordable housing for seniors,” Householder said. “We look forward to being able to really show it as a model for affordable housing, combined with historic preservation and energy conservation.”

The 11-story building is usually about 99 or 100 percent occupied, but Householder said the occupancy rate is lower approaching construction as the management has allowed the top two floors to be vacated so as to start the renovation.

William Byrd residents must be at least 55 years old and meet low-income requirements.

The building, which was constructed as a hotel in 1925, is on the National Register of Historic Places. It was renovated into low-income senior housing in 1996.

As part of the financing, ownership of the property was transferred from William Byrd Hotel Associates to William Byrd Senior Apartments LLC at a value of $4.5 million, city records show.