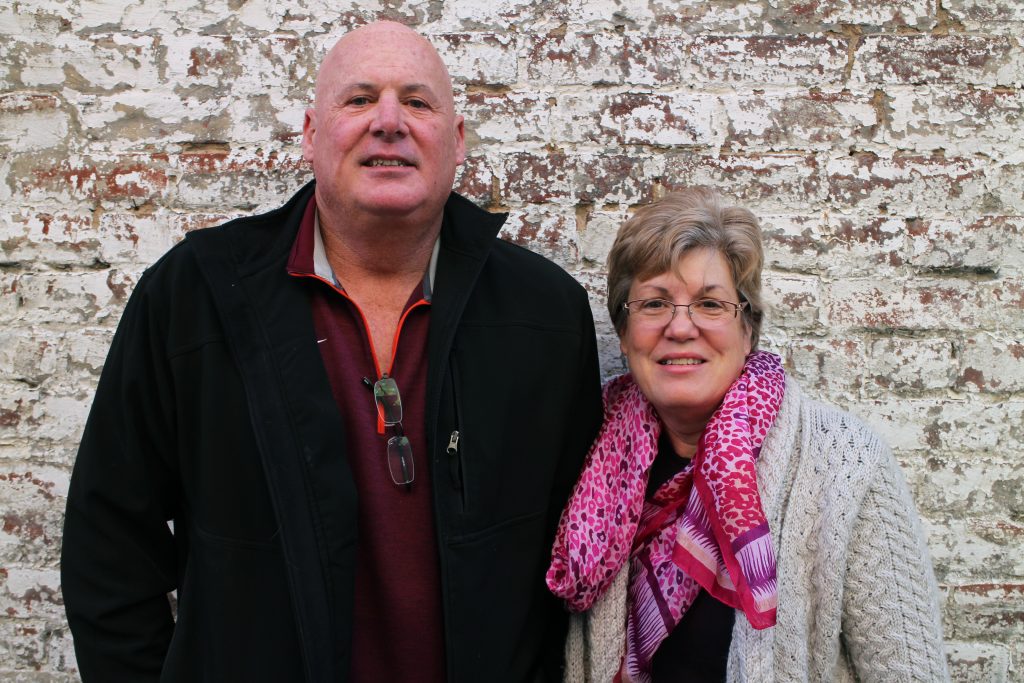 A pair of local Uber drivers and their two business partners think they’ve found a way to piggyback on the popularity of the fast-growing ride sharing market.

Matt Donlon, Harold Frans, Bill Potvin and another partner are developing Uzurv, a reservation app for users of tech-driven car services like Uber and Lyft. The eight-person startup leases a 2,500-square-foot office at 2816 W. Broad St. in the Hofheimer Building in Scott’s Addition.

Uzurv (YOO’-zerv), which will begin testing in five markets later this month, lets customers reserve rides ahead of time so they aren’t limited just to drivers that happen to be on the clock for immediate, on-demand rides.

“Uber is a great engine,” Donlon said. “What we’re doing is a service that builds off that engine … Riders want the economics of Uber but the reliability of a car service and the trust and familiarity of a chauffeur.”

Uzurv works by allowing riders to send out a reservation request for a ride that is then posted on the feeds of drivers working with ride hailing services.

The drivers will have personal profiles, and users can browse potential drivers and sort by preferences like the driver’s gender and whether the car is pet-friendly or look for their favorite drivers. Users can also pay extra to entice drivers to respond to their request. 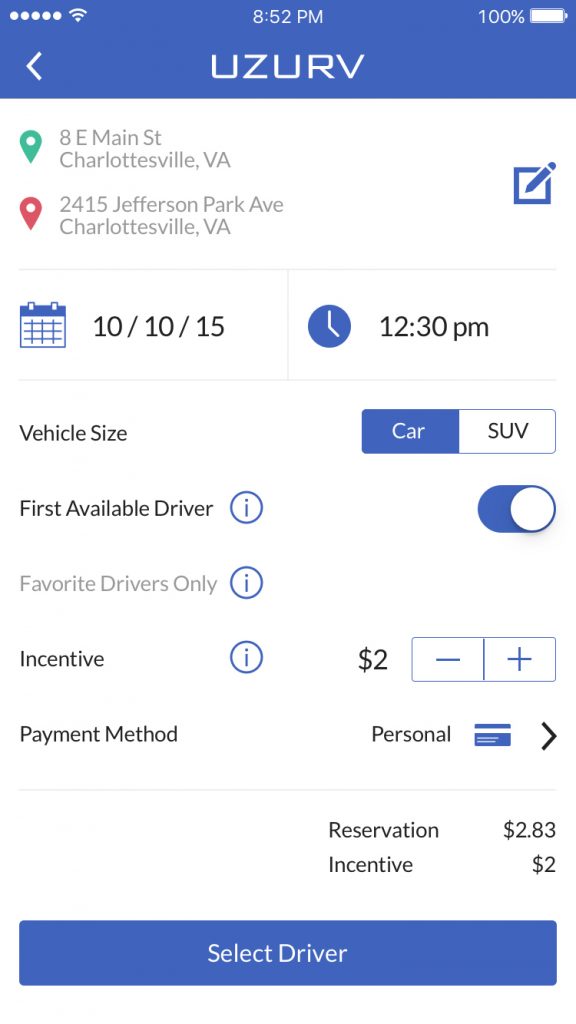 On their side, drivers can review requests and determine the value of a potential ride.

“One of the big things we’re doing is benefiting the driver more,” Donlon said.

When drivers see a reservation they would be willing to fill, they submit a request to get the reservation, which then sends a notice to the rider. When the rider chooses a driver, a chat session is opened between the two parties.

Once the rider is in the driver’s car, both are prompted to open the app of Uber, Lyft and the like to complete the rest of the transaction.

Uzurv will be free to download but will charge drivers and riders fees to use the app, to be set based on the market. For Richmond, the fees for riders and drivers will likely be between $2 and $3 per transaction.

Uber entered the Richmond market in 2014, and Lyft operates in Virginia but not yet in Richmond. Both companies do only on-demand booking and do not offer a way to reserve rides in advance.

Donlon and Frans are Richmond-based Uber drivers who met through an event they were both working in Richmond. The conversation between them dealt with ways in which using Uber could be improved for everyone involved. They agreed that creating a reservation system that allowed more information to be shared about potential riders and drivers could be a great business.

“They have not given us the cold shoulder,” Donlon said of Uber. “We’d be opening more markets for them.”

Donlon said he has a background in cybersecurity and owns the property at 2907 W. Cary St. in Carytown, which used to be home to Portrait House and will soon house Citizen Burger Bar. He tapped into his connections at RichTech, a nonprofit that promotes technology, to find help developing Uzurv.

“I went seeking the best we have in Richmond,” Donlon said. “I found people who were not only talented but also enthusiastic to be part of a startup. They totally bought into the concept of the business.”

Donlon would not say how much money it has cost to get Uzurv where it is today. The venture is being self-financed.

The company is currently testing an early version of the Uzurv app with about 17 Richmond Uber drivers and a dozen riders with both Android devices and iOS, the software used in Apple’s smartphones.

Donlon said he knows of only one other app, called Rezzi, that is similar to Uzurv, but he is confident in his product.

He said Uber is in 180 markets in North America, and in a year, he wants Uzurv to be in at least 100 of those.

In the short term, Uzurv is planned to go into beta testing on Jan. 18 in five markets across North Carolina and Virginia before going live.

“I’m not even thinking of an exit strategy,” Donlon said. “I have a team looking internationally, as well.”

This is great news! I know Matt and he will make this a success. Could be worth a lot of jobs for Richmond.

UZURV IS GREAT, SOON I WANT TO BE PART OF THIS NEW BIZ.

This service may not be declared legal by DMV in Virginia without obtaining status as a Transportation Network Company, just as the law required Lyft and Uber to do. Incredibly risky venture that Uber could render useless in a nanosecond by providing the same capability themselves.