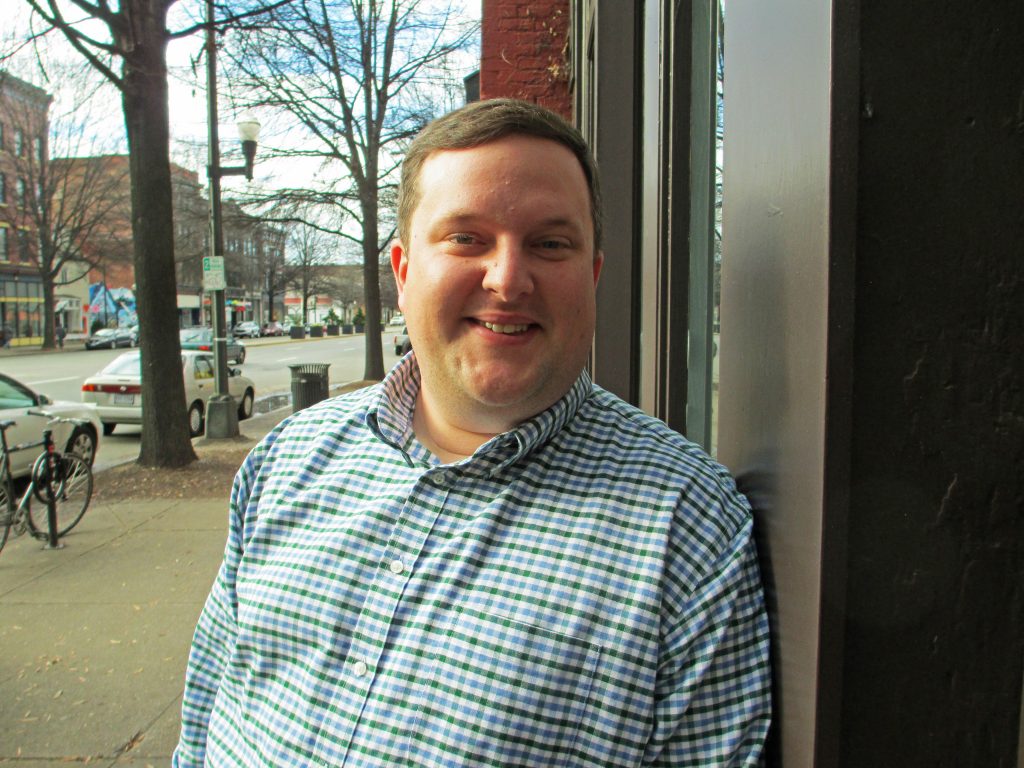 A local communications professional who has made a name for himself through comedy has launched a business that’s no joke.

Beau Cribbs, known locally as the host of the live late night comedy show RVA Tonight, has started Relish Creative Communications, a new venture he describes as a mix of what he’s learned from his day and night jobs.

A former aide to Sen. Tim Kaine when Kaine was governor of Virginia, Cribbs has spent the past year and a half juggling work at a government public affairs firm with producing, writing and hosting RVA Tonight. The show is a so-called “fake” talk show that has featured Kaine and a host of local personalities as guests.

Cribbs, 30, said his goal with Relish is to take what he has learned from comedy and speechwriting – he has ghostwritten monologues that Kaine and Gov. Terry McAuliffe have delivered at nonprofit fundraisers – and applying that to messaging and media strategy for clients.

“The show got me seriously thinking about how I can combine my professional skills as a communications professional and as a writer and media strategist with my skills at being a semi-professional funny person,” he said.

Referring to Kaine’s and McAuliffe’s speeches, which they read before the Virginia Public Access Project and its fundraising luncheons, Cribbs said: “Having it be informative and also be entertaining is something that has really resonated with some folks. I think there’s a hunger from people who are sick and tired of corporate speak.” 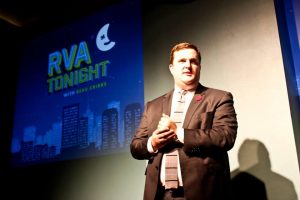 After filing an LLC with the State Corporation Commission last fall, Cribbs launched Relish publicly with a kick-off party last week at the Coalition Theater, where RVA Tonight is held on a nearly monthly basis.

“In a food sense, it means to add something exciting to something dull – to make it better,” he said. “To do something ‘with relish’ is to do something with enthusiasm and vigor. And if you relish something, you hold it very dear; you think it’s a wonderful thing.”

A website is in the works – withrelish.com – and Cribbs has come up with a tagline: “Tell your story with Relish.”

Cribbs said he’s expecting to pull additional clients from his relationships in government and PR work. He previously worked five years as a communications manager at the government-focused Capital Results, which he left last September to start up Relish. Working out of his home, he said startup costs have been minimal.

While he’s lined up an attorney and is hiring for an accountant, Cribbs said he envisions the business as a one-man operation for the next six to 12 months as he develops a client base. He said he’s also considering working out of co-working spaces.

Cribbs said the success of RVA Tonight has given him the confidence to strike out on his own. Seats to shows at the Coalition Theater at 8 W. Broad St. are said to sell out regularly, and in December, a Christmas-themed show brought 500 people to the Byrd Theatre, Cribbs said.

“It has exceeded our wildest expectations,” he said.

While he aims to help clients with adding humor to their messages, he said his services are not all about leading up to a punchline.

“If you think about what makes a good comedic performance, it’s intelligent, it’s clever, it’s timely and topical; it knows how the audience will react to whatever it is they’re presenting; it anticipates how the audience will react,” he said. “I can apply all those things to a speech, communication strategy, an ad campaign – even if it’s not funny.”