Caroline Platt is leaving The Hodges Partnership. She had been COO. She has joined the U.S. Department of State as a foreign service officer.

Edward A. Mullen has been promoted to partner with Reed Smith. He is a member of the global regulatory enforcement group.

Edward H. Klees has joined the investment management practice of Hirschler Fleischer as a partner. He had been general counsel for the University of Virginia Investment Management Co. 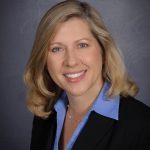 Bryan W. Horn is the managing director. He practices in the construction law and litigation practice groups. He has degrees from Roanoke College and Duke University.

David F. Bernhardt is the treasurer. He practices in the business law and real estate practice groups. He has degrees from Hampden-Sydney College and the University of Richmond.

Susanna B. Jones is an associate in the trusts and estates section. She has degrees from Washington & Lee University and the University of South Carolina. 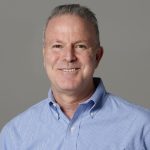 Al Conrad has joined B2B Solutions as a principal consultant.

Jim Israel has joined Computica Inc. as chief operating officer. He had been with Conjure Consulting, a firm he founded and operated, in Philadelphia. 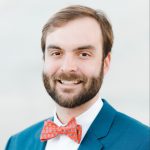 Chris Zaldivar is a Realtor with the Ashland office.

Daniel Whitt is a Realtor at the Mechanicsville office.

Andrew P. Daire has been named dean of the Virginia Commonwealth University School of Education, effective June 1. He currently serves as the associate dean for research in the College of Education at the University of Houston. He holds degrees from Stetson University and Florida State University. 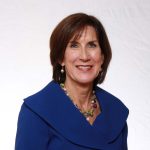 Caroline Browell is marketing and communications manager for Make-A-Wish Greater Virginia. She had been with Commonwealth Public Relations. She is a graduate of Virginia Commonwealth University.

Joining the board of directors of the Greater Richmond Partnership: Leslie Haley with the Chesterfield County Board of Supervisors; William F. Gifford Jr. with the Altria Group; and G. William Beale with Union Bank and Trust.

Daryl Chesley is director of the instructional innovations department. He had been with Caroline County Public Schools in Bowling Green. He has degrees from Old Dominion University and George Washington University.

Don McCants is creative and digital director in the communications department. He had been with CarMax. He is a graduate of Virginia Commonwealth University.

Joseph “Jay” McGhee is title benefits administrator in the human resources department. He had been with Paetec/Cavalier Telephone. He is a graduate of The College of William and Mary.

Yen Shi Vuong and Paul Jenkins have joined the IT department.

Vuong is a test automation engineer in software engineering. She had been with the Timmons Group. She is a graduate of the University of Natural Sciences/Vietnam National University in Ho Chi Minh City.

Jenkins is a software engineer. He had been with Crate & Barrel in Northbrook, Illinois. He is a graduate of Dominican University.

Casey A. Humphries is an executive assistant in the executive office. She has a master’s degree from Virginia Commonwealth University.