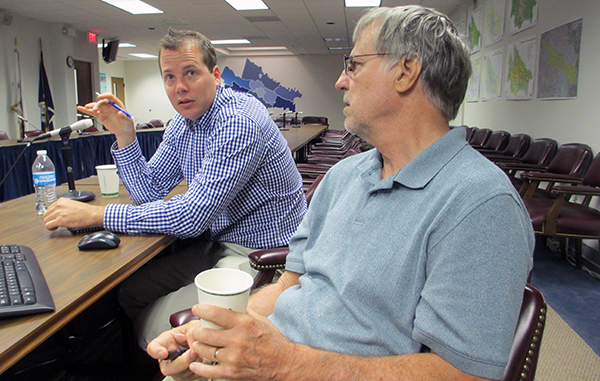 Area real estate agents, developers and planners have a new tool to track regional land use and development trends.

A new website developed by the VCU Center for Urban and Regional Analysis compiles land use data, demographics and other details for 24 counties and cities in Central Virginia, allowing users to analyze data over years and regardless of government boundaries or jurisdictions.

The interactive site, called “MetroView,” went live in December after years of research and data compilation. Users can customize an area they want to analyze or select data per county, and the website provides layers of information such as property assessments, development density and population statistics, as well as parcel-specific data such as property types and the year a building was built.

The system covers the 18 jurisdictions that make up the Richmond Metropolitan Statistical Area, as well as five additional counties – Louisa, Cumberland, Greenville, Surry, and King and Queen – and the city of Emporia. Information dates back to 2013 and is planned to be updated with new data each year.

The development effort was led by Thomas Jacobson, an adjunct professor with VCU’s Urban and Regional Planning Program and a former planning director for Chesterfield County. Jacobson said he started compiling such data for Chesterfield but wanted to develop a system that was viewable metro-wide.

“Our goal is to monitor and understand development trends in our region,” he said.

“One of the big issues in land use today is density. A lot of Realtors are talking about higher demand for walkable communities – apartments and condos. Is that true? And is that what’s really happening in our real world? That’s (the type of information) this is set up to track.”

With help from regional planners and city and county governments, Jacobson and his team compiled GPS data and other information that was previously specific to each county or locality. The goal of MetroView is to provide a regional window that isn’t hampered or divided by jurisdictional lines, said John Accordino, director of the Center for Urban and Regional Analysis.

“We want citizens, policymakers and entrepreneurs to take a metro view of development opportunities, as well as policy issues facing the Richmond region,” Accordino said in a release. “By providing detailed information that cuts across political boundaries, we hope to help users see opportunities and issues as they really exist in the region, rather than as limited to political jurisdictions.”

Accordino said it is difficult to put a specific dollar amount on the project, which he noted is ongoing and includes multiple moving parts. He said existing grants and additional ones would continue to fund the project moving forward.

Accordino said the database will continue to expand with additional layers of data and methods of analysis. While the system can track such things as parcel size, assessed value, construction over time and employment statistics, the team is working to add parcel-specific details, such as the number of apartments or condos in a given development.

Such numbers are not always easily verifiable, said Billy Gammel, a planner with the Richmond Regional Planning District Commission. He’s been working with Jacobson to develop the database and said the website would prove a user-friendly tool that adds to information that is already available.

“We currently do socioeconomic data every five years. Tom’s doing this every year, and making it more robust,” Gammel said. “What Tom’s doing is even more helpful.”

Jacobson said the database would continue to add more layers of information with the help of localities.

“It’s got to be cooperative. We can’t do it ourselves,” he said. “We hope a lot of people in our area can use the data. That’s why we’re putting it out there.”

The free database is available at metroview.vcu.edu.