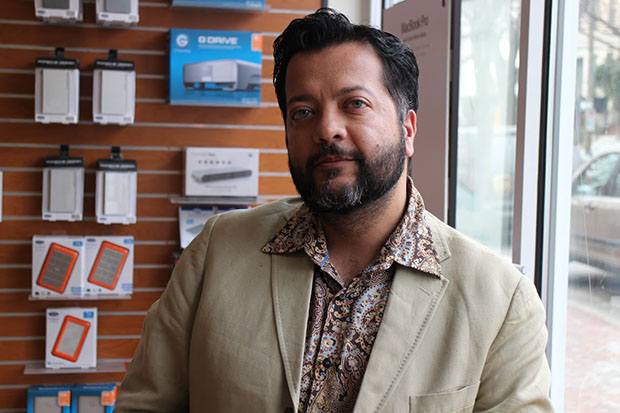 A local tech products seller and repair shop in the Fan is upgrading to version 2.0.

CapitolMac is moving this month to 1700 W. Main St., four blocks up from its current location at 1307 W. Main St. Owner Dheeraj Vasishta said he has a lease for the 3,000-square-foot space, which is nearly double the size of his current space.

The Apple products specialist has operated out of the 1,600-square-foot space at 1307 W. Main St. since 2003. Vasishta said he has been looking for bigger space for some time.

“We needed more room and to provide better experience for customers and for ourselves,” he said.

Bruce Boykin of Eck Enterprises is handling the leasing for 1307 W. Main St. He said a tenant is lined up to take over the space but did not disclose a name. 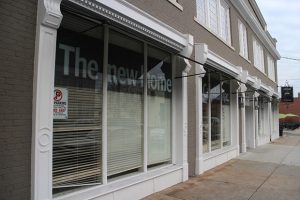 The property at 1700 W. Main St. is about double the size of CapitolMac’s current space.

Vasishta said CapitolMac needed more room in part so it can meet the requirements to participate in a more exclusive part of Apple’s re-seller program, which requires, among other things, a minimum square footage.

“They are getting more aggressive on the look and feel (of partner stores),” Vasishta said. “We have to look like we’re on the same level with an Apple store.”

Vasishta took over the business in 2009. Based in Maryland, he has since added locations in Baltimore, in 2010, and in Williamsburg, where he opened a store in May.

Vasishta said the Fan expansion will cost about $200,000. Baskervill is the architect for the job. A contractor has yet to be selected.

The space at 1700 W. Main St. was previously used by Robert Rentz Interior Design, which has since moved to West Franklin Street.

The Richmond CapitolMac has about eight employees and will look to add more to help out with the bigger space. Vasishta said business for the Richmond store has grown in revenue 20 percent annually since 2014. He said most of his business comes from doing services like hard drive replacement, which can cost between $150 and $400.

“(Business) is pretty significantly tied to the health of Apple,” Vasishta said. “But there’s a built-in sort of buffer or delay. If things went horrible for Apple, it would affect our sales but not our services.”

CapitolMac isn’t the only growing computer repair company in Richmond. ALB Tech has a Fan location and added a Mechanicsville location in 2014.

This is a real quality organization with great products and services. I’ve been doing business with them for almost 20 years, and am very glad to hear of they are doing so well.

I love CapitalMac. They made my conversion from Windows to Mac fairly painless. They listened and provided the helpful support I needed. I like the way I’m treated there – like a human rather than like a number.

It’s great to see CapitalMac is doing so well. I have gone there for years also. I remember the old location. It’s a great company! I’ll be going to the new location more often!

I got my first iMac, classic bondi blue, from their original location on Cleveland St.