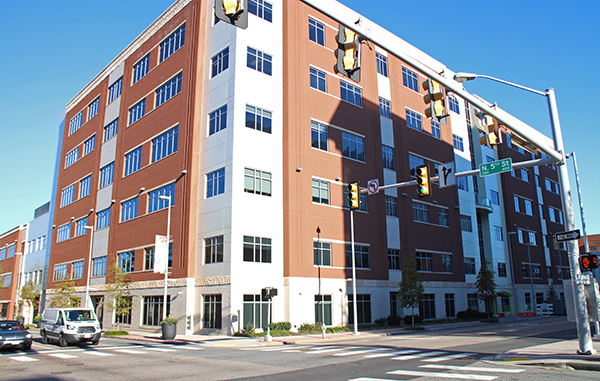 True Health has moved into the former HDL building, which also has secured VCU as a tenant. Photo by Katie Demeria.

The gloves are off between the shell of Health Diagnostic Laboratory and the company that purchased most of its assets last year.

HDL on Monday filed a lawsuit in federal bankruptcy court against Texas-based True Health Diagnostics, which paid $37 million in September for the bulk of the once fast-growing Richmond blood testing firm.

On Thursday, a judge approved HDL’s request for a restraining order against True Health.

Lawyers for HDL claim that True Health has interfered with its attempts to collect bills from former patients, preventing HDL – which is trying to complete its bankruptcy process and collect as much money for creditors as possible – from retrieving assets owed to the company.

Millions of dollars are at stake for HDL and its creditors, according to the lawsuit. It has been attempting to collect at least $26 million from former patients. Some claims go as far back as 2009.

On the other side, True Health alleges that HDL has used “improper collection efforts” to bill former patients – many of whom are current True Health patients, while others, according to True Health, should not have been billed in the first place. Those collection attempts have harmed True Health’s business, the company claims.

“We can never get that business back,” said Eric Walker, an attorney with Chicago-based Perkins Coie representing True Health.

HDL was a blood testing firm focused on determining a patient’s risk for heart disease and other ailments. In its heyday, the company, founded in 2008, boasted that patients were never charged for its tests except in three cases: when an insurance agency sent a patient a payment that should have gone to HDL; when a patient did not have insurance; and when a patient did not pay his or her copay.

Earlier this month, media outlets reported that former HDL patients were getting billed after the company had promised never to do so.

HDL alleges, though, that the claims it is currently pursuing are legitimate and should be returned to the estate. It is going after patients who received funds from their insurance companies that should have gone to HDL.

The suit claims that True Health interfered with HDL’s collection efforts by sending cease-and-desist letters in early January to both HDL and the offices of Accelerated Receivables Management (ARM), the Florida company HDL hired to collect those overdue payments.

One of True Health’s employees, Vice President of Sales Boomer Cornwell, also sent letters to physicians’ offices advising their patients not to pay HDL. Cornwell is named as a defendant in the case.

“The well has been poisoned by what has gone out,” Huennekens said during Thursday’s hearing, adding that the receivables are even less likely to be collected now.

The restraining order stipulates that True Health must rescind Cornwell’s letter, all other similar letters he wrote, and the cease-and-desist letters that it sent to HDL and ARM. It also prevents True Health from interfering further with HDL’s collection efforts.

But True Health’s fight is far from over. Another hearing is set for Feb. 16, at which time the company will have to prove why it should not be held in contempt of court for its actions.

The company filed a response Tuesday in opposition to HDL’s request for a restraining order, claiming that HDL and ARM were using “improper collection efforts” that were harming True Health’s relationships with its clients.

“True Health received documentation of abusive and unlawful collection actions committed by ARM against True Health patients,” the response states. “Current clients of True Health threatened to discontinue – and in many cases have discontinued – all future business with True Health.”

True Health also argues that the issue revolves around the sale agreement signed when True Health bought most of HDL’s assets. Many of the accounts that HDL is going after, it claims, are actually True Health’s.

“This is a contract interpretation case,” said Walker, the attorney for True Health. “We think they are collecting money that is ours… and they’re hurting our customer relations.” 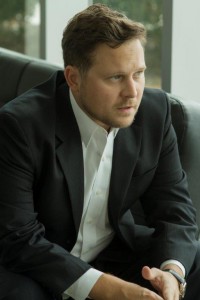 “True Health Diagnostics is surprised and disappointed that the HDL bankruptcy estate has launched an aggressive litigation campaign against us just a few short months after we agreed to purchase substantially all of the operating assets of HDL and we maintained hundreds of jobs in the Richmond area and provided a significant return to HDL creditors.”

In early January, True Health and HDL started negotiating how to settle their disagreements, and HDL temporarily agreed to halt ARM’s collection steps for some of the patients. At one point during the negotiations, HDL was considering accepting a $1 million offer from True Health to resolve the parties’ disputes. HDL declined the offer and pursued litigation instead, resuming all its collection efforts on Feb. 1.

During the hearing Thursday, HDL’s attorneys said the company sent a letter to ARM demanding that it comply with “applicable law” during its collection efforts. HDL also pointed out that ARM gives patients 30 days to prove that they do not owe money to HDL, giving them the opportunity to dispute the collection effort.

A substantial number of the patients from which HDL has been collecting are insured with Blue Cross/Blue Shield. HDL has been attempting to collect money it believes it is owed by Blue Cross/Blue Shield, filing a motion for a 2004 examination – a bankruptcy tool similar to a deposition – that would allow it to conduct an investigation and determine what that amount may be.

A federal bankruptcy judge has yet to approve that motion, but court documents indicate that HDL suspects many patients were paid directly by Blue Cross/Blue Shield when those funds should have gone to HDL.

Click here to view a timeline of the HDL saga as it played out in 2015.

I work for a doctors office that was using HDL at one time. The agreement was that there would be no patient billing in their part. We are a small office and I know 99% of the patients. HDL and the collection agency says that they are only trying to collect from patients that received reimbursements fromthe insurance companies. I know for a fact that this is not true. They are trying to collect from everyone. I do the filing and billing so I see the EOB’s. The patients that have called me about these collection letters have NOT received… Read more »