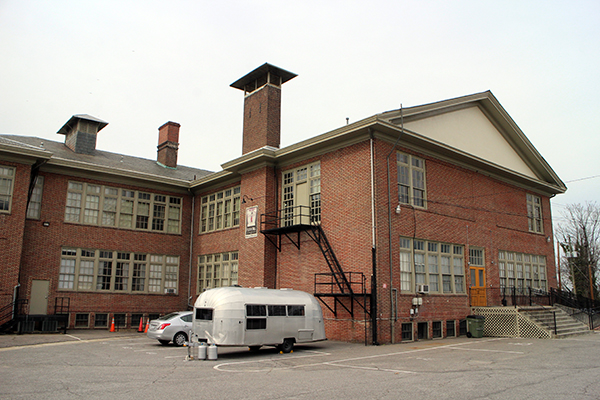 Update: Story has been updated to include a comment from the Clinton campaign.

With the primary elections in full swing, presidential campaigns are scooping up space around Richmond.

Bernie 2016 moved in earlier this month to a 1,700-square-foot space in the Daniel Call House at 217 W. Grace St. The campaign for the Democratic senator from Vermont has a short-term lease on the space, with an option to extend its stay contingent on Bernie Sanders winning the Democratic nomination for president.

Sanders’ democratic rival, Hillary Clinton, had her Hillary for Virginia acolytes arrive just days later, setting up at 1000 Carlisle Ave. in Fulton Hill. An event celebrating the opening of the office was attended by Gov. Terry McAuliffe. 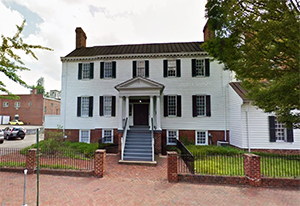 Bernie Sanders’ campaign has a lease with an option to extend on the Grace Street building.

Sanders’ campaign chose its Richmond headquarters after getting in touch with Marty Mooradian of local real estate firm Cornerstone Commercial. Mooradian has a background in politics – most recently he ran an unsuccessful campaign as a democrat for the 27th District in the Virginia House of Delegates.

“I’m the go-to campaign person mostly because of my political background,” Mooradian said. “I don’t discriminate. If Republicans called me, I’d help them too.”

He said the challenge for campaigns looking for real estate is that they only need space for a short amount of time. The Virginia presidential primaries are March 1, also known as Super Tuesday.

“They’re looking through to Super Tuesday,” Mooradian said. “They are very reluctant to sign a long-term lease.”

Mooradian put Bernie 2016 in touch with Snipes Properties, helmed by local developer Carter Snipes. Snipes said the West Grace Street property used to be a school. The space Bernie 2016 took is an auditorium-like room with high ceilings, and still has space to lease. Snipes said the space would make good for an events space.

“It’s not very rentable other than what they want to use,” Snipes said. “It’s got this big auditorium with 25-foot ceilings.”

Eric Williford of Snipes Properties brokered the deal for both the landlord and Bernie 2016. Snipes said he hasn’t met Sanders yet, but he’d like too.

The Sanders space is owned by Theodore and Mary Bullard, according to city records. Sanders’ campaign would comment for this story.

Clinton’s Fulton Hill spot is owned by and tied to local developer Margaret Freund. A Clinton aide said the campaign opened its office on Feb. 12.

“The campaign chose the office location based on affordability, convenience and providing a space large enough to host phone banks and organizing events,” the aide said in an email. “The campaign continues to hold events at homes across Richmond to ensure volunteers have convenient access to phone banks and organizing meetings in their neighborhoods if they are not located near the office.”

Stay tuned to BizSense as we search to find out where the Republicans are setting up shop around town.