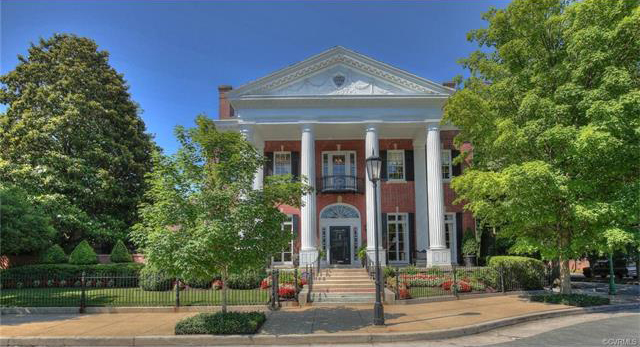 The home at 2327 Monument Ave. is up for sale. Photos courtesy of CVRMLS.

A century-old mansion on Monument Avenue led the pack of the highest-priced local home sales for the month of February.

Edmund Ruffin, an attorney, is a founder and general counsel of GPB Scientific, a privately held cell-separation technology company on East Leigh Street, according to an online bio. 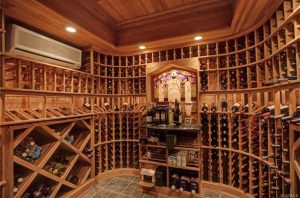 The home has a large wine cellar.

Amrhein-Gallasch said the Ruffins had been eyeing a move to Monument Avenue from their previous home in Henrico County for some time.

Andrews represented the sellers, Jeffrey P. and Karen L. Walker, who had listed the property in a trust. Jeffrey Walker is a vice president and chief medical officer at Altria.

Andrews said the Walkers loved Monument Avenue and had lived in the home for four years but had to relocate out of town. He said the house sold within days of its Sept. 28 listing but took until Feb. 1 to close.

“It was a long close,” he said, adding that the house had been updated and showed well. He said the buyers plan further work to personalize the home.

“It really was in excellent condition,” Andrews said. “It respected the character of the house but at the same time was updated for today’s lifestyle.”

Distinct from other homes along Monument for its two-story, four-columned portico, the Blair House faces the Jefferson Davis monument at the crossroads of Monument and Davis avenues.

Situated on a quarter-acre lot, the 23-room Colonial Revival home was built in 1913, six years after the Davis monument was unveiled. The property was designed by architect Walter D. Blair, who built the home for Lewis H. Blair, a Confederate veteran and local businessman whose relationship to the builder is not known.

The 2½-story home features six bedrooms, eight renovated bathrooms and two half baths, along with a finished basement and wine cellar, an eat-in kitchen, a three-car garage plus a single-car garage, and a backyard garden area with a fountain and pond.

According to a U.S. Department of the Interior survey, the house is the only Monument Avenue home to feature a two-story portico, which consists of four fluted columns, a classical entablature and ornate pediment.

Other homes rounding out the top five for February all topped the million-dollar mark, according to the Central Virginia Regional Multiple Listing Service: