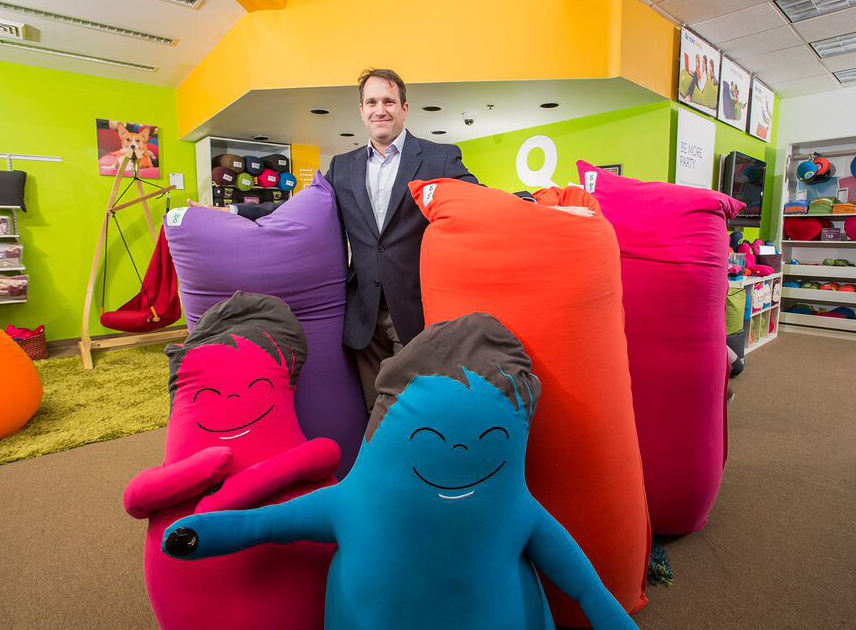 Yogibo founder Eyal Levy started the company when he was in search of comfortable furniture for his pregnant wife.

For its first Virginia retail location, a New Hampshire-based company is plopping down in Short Pump.

Yogibo, which makes bean bag chairs, pillows and other forms of bean-bag-stuffed furniture, plans to open March 25 at Short Pump Town Center, near the Nordstrom entrance.

The 1,500-square-foot store will sell the company’s full line, including its flagship Yogibo Max, a portable piece of furniture that can be shaped into a chair, recliner, bed or couch.

“They are the new generation of bean bags,” said CEO Eyal Levy. “It looks like a bean bag but it feels completely different.” 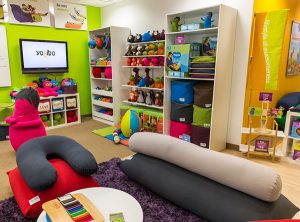 Short Pump will be the company’s 25th store.

Yogibo’s bean bags are made with frictionless beads and stretchy, durable fabric that conforms to the body. The company gets its fabric from overseas and assembles its products in Maryland and New Hampshire.

Yogibo launched in 2009 and opened its first store in 2010 in Massachusetts. The company has 250 employees. The Richmond store is Yogibo’s first in Virginia and 25th overall. Most of its stores are in the Northeast and Mid-Atlantic.

Levy owns the company along with Gil Liran and Jacob Gilon. He said he got the idea to start Yogibo when his wife was pregnant and needed something comfortable to sleep on. He said he was inspired by the concept of stretchable furniture from seeing it overseas and he set about to make it better. Eventually he started making products in his basement and selling them to friends.

He said Yogibo had sales of more than 100,000 items in 2015. The Yogibo Max weighs 18 pounds, has a washable cover and costs $239. The bulk of its sales are in-store, with some coming through its website.

Levy said the decision to open in Virginia was prompted by customer demand.

“We’ve been looking at this center for a while,” Levy said of Short Pump Town Center. “It’s one of the better centers in the Richmond area.”

The total investment in the Richmond store is about $100,000, which Yogibo is self-financing with help from Funding Circle, Levy said.

The Richmond store is the ninth that Yogibo will have opened in the past 12 months. Levy said the company likes to have at least a 30-minute drive separating each location and will likely open more Richmond stores.