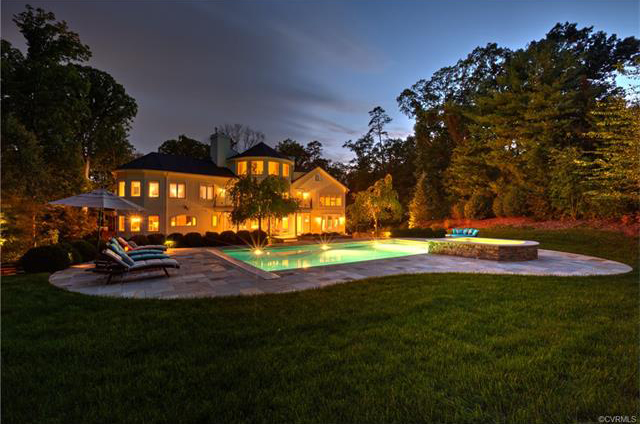 Two million-dollar homes just doors down from each other have hit the market in western Henrico.

Both homes were listed by Pam Diemer of Long & Foster, who noted the homes’ location and renovations by their current owners.

“It’s rare to find homes that are in prime locations that have had this level of improvements and quality of renovations,” Diemer said. “That makes them very extraordinary in our market.”

The Lancaster house, built in 1950, was renovated by sellers Bob Gorrell and Sabet Stroman, who purchased the colonial-style home in 2007 for $1.18 million. The six-bedroom, seven-bathroom-equivalent house was most recently assessed at $1.06 million.

Gorrell is an editorial cartoonist whose work has appeared in newspapers across the country, including the Richmond Times-Dispatch. He is also the owner of local marketing firm Gorrell Creative.

Stroman, an organizational development consultant and adjunct faculty member at UVA and previously at UR, said she and Gorrell spent a year renovating the house with designer JoAnne Hale. She said they are selling it to tackle their next renovation in the Richmond area. 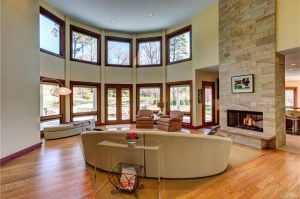 “We were living in the city with no plans to move when we heard it was on the market eight years ago and impulsively jumped on it,” Stroman said. “It looked like an English cottage that belonged in an older part of the city, and (it) had so much charm.

“We spent a year adding on and renovating it so that it would work for our family,” she said, adding that they worked with Sue Thompson of landscape design firm Garden Graces on the home’s cottage-style garden. She also noted the home’s 3.3-acre property is surrounded by conservation land, adding to its privacy.

Spanning one and a half stories, the house includes an eat-in kitchen, library, multiple fireplaces, a turned staircase, office, a second-floor two-bedroom suite, and a master suite and bath with panoramic window views. The property also includes a three-car garage.

The house at 8 Berkshire Drive, listed for $2.19 million, was last purchased in 2004 for $945,000. It is currently assessed at $1.88 million. County property records list the owner as Susan G. Brown, a local pediatrician.

Interesting. I wonder if they are moving into the city like everyone else.