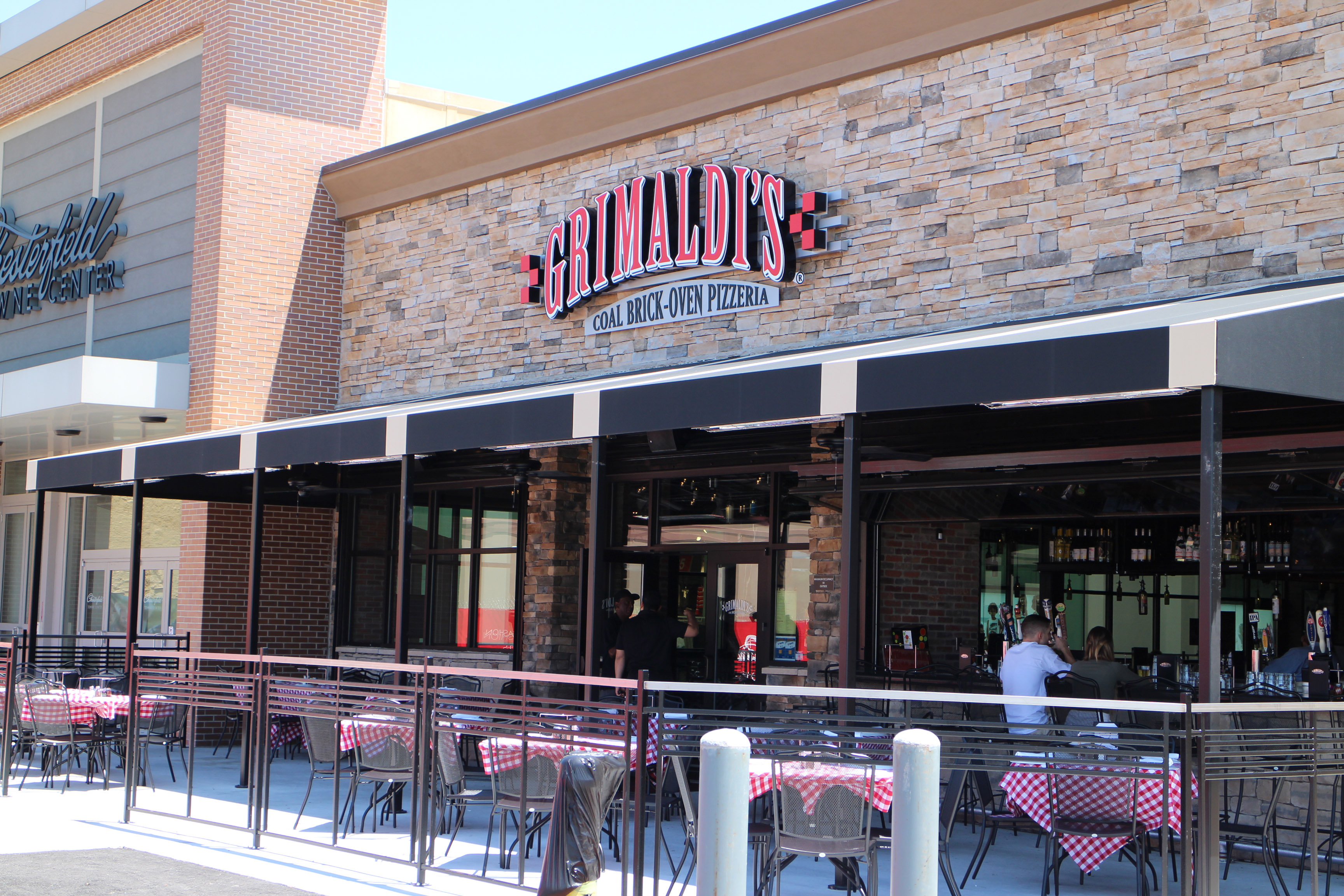 Eric Greenwald, Grimaldi’s Pizzeria president and chief operating officer, didn’t mince words when discussing the potential for additional growth across Richmond: he likes what he sees.

“We feel Richmond is going to be a great market for us,” Greenwald said. “So far, things have been going very well with our new location, and we anticipate more growth as the word gets out about us.”

Arizona-based Grimaldi’s opened its first local restaurant – and its first in the state – in Chesterfield Towne Center at 11500 Midlothian Turnpike on May 23, Greenwald said, after signing a lease early last year.

Known for its take on coal brick-oven pizza, the 4,000-square-foot eatery boasts a patio and dozens of menu items that include calzones, specialty hand-tossed pizzas and salads. The site also sells a number of local craft beers and wines, and employs between 50 and 60 people.

Anchored by JCPenney, At Home, Macy’s and Barnes & Noble, Chesterfield Towne Center is owned and managed by New York-based Rouse Properties, which purchased the mall in 2013.

Greenwald said when the pizza company was approached by Rouse Properties about opening its first Virginia location in growing Chesterfield County, he was sold on the demographics and location.

“It was a good spot to be in,” Greenwald said. “So it was an easy decision for us to locate here.”

And more locations, depending on the success of its Midlothian venture, could be planned in the coming years.

“We like to give our new locations at least 12 to 18 months before looking at additional growth in a market,” Greenwald said. “But so far, we like what we’re seeing with our new location at Chesterfield Towne Center.”

Grimaldi’s is in growth mode, with about 50 locations nationwide. The firm has been growing big, especially in Texas’ high-end suburban markets, and in similar retail markets in Tennessee, South Carolina and now Virginia.

While unsure of Grimaldi’s next step in the commonwealth, Greenwald said the firm not only is eyeing metro Richmond, but is examining possible locations in Hampton Roads and northern Virginia for future expansion. However, he said that’s aways down the line for the company.

“Our greatest real estate agents are our customers,” Greenwald said. “If we get a lot of inquiries from customers saying, ‘hey, why don’t you check this area out,’ then we’re going to eventually take a look.”

I was at a Grimaldi’s Pizza in Coney Island Brooklyn last week. Their pizza is WONDERFUL! If you like NY style pizza, this is tops. Does not seem at all like chain pizza.