Six months after capping off its first $10 million real estate fund, a local investment startup is pushing for a second, larger round of funding.

Haxall Point Partners, a spin-off of Canal Capital Management, looks to raise up to $35 million from investors in a new pooled fund, according to SEC documents filed last month. The filing was signed in May, as well as the fund’s first sale. 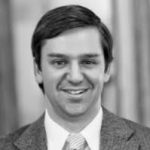 Created by Canal Capital founders Noah Greenbaum and Neil Gilliss, Haxall Point Partners aims to co-invest with real estate owners and operators mostly around the Mid-Atlantic and Southeast. It looks to either take ownership stakes in properties or be an extra equity partner to a buyer.

Working out of Canal Capital’s office at 1401 E. Cary St. in Shockoe Bottom, Haxall Point Partners previously raised $10 million from about 40 investors in a round that closed in January.

Greenbaum declined to comment on the filing until the new offering has concluded. He did not say when the fund, named Haxall Point Income Fund II, would close out.

The new fund had raised $1.02 million by the time it was filed, according to SEC documents.

The $35 million target serves as an initial cap that may or may not be reached. The first fund, Haxall Point Income Fund I, raised $10 million out of a maximum $25 million offering amount. 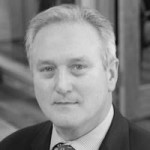 While its initial fund was less ambitious in its maximum offering, Haxall Point Partners is requiring a lower minimum investment – $50,000 per investor – for this round. The previous investment round had a $100,000 minimum.