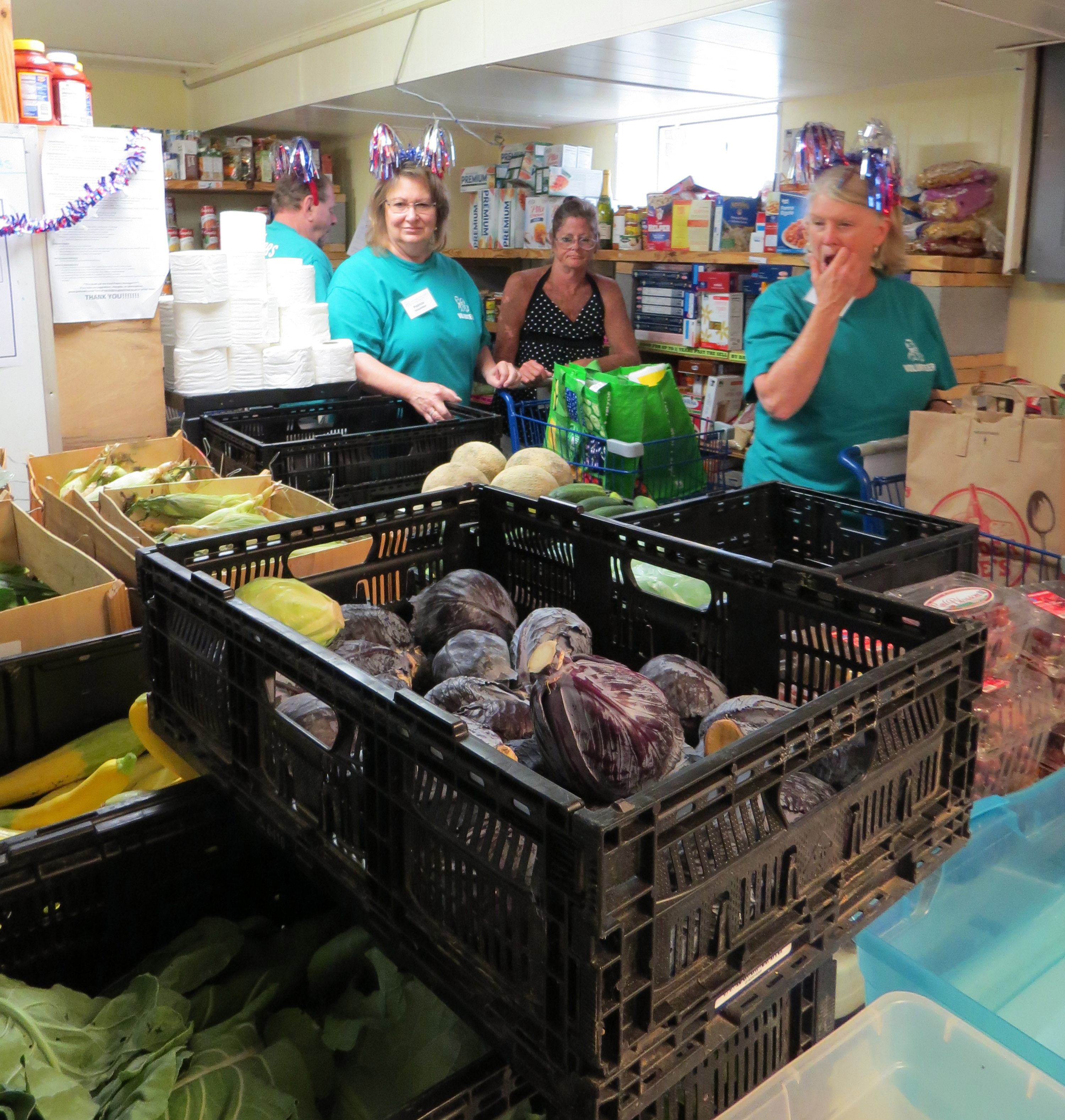 The Goochland Free Clinic & Family Services nonprofit is 57 percent of the way toward its fundraising goal, which will go toward more space for food, shelter and healthcare. Photo courtesy of GFCFS.

On a Thursday morning outside the Goochland Free Clinic & Family Services (GFCFS) food pantry, an elderly man grasping a cane pondered whether to enter the facility or wait for volunteer assistance.

Awaiting him was a steep flight of stairs, a low ceiling and a crowded basement packed with people and groceries. The food pantry, one of 11 programs the nonprofit offers in Goochland County, is running out of space to service the 155 families who go there weekly.

“These are the type of struggles our clients are faced with every day because our facilities are so outdated,” said Adair Roper, the organization’s development director.

But the clinic plans to ease those logistical challenges; and this week it took another step toward that goal with a grant from a local foundation.

The Harrison Foundation, a Manakin Sabot-registered philanthropic group funded by Goochland County families, donated $500,000 to Goochland Free Clinic. The donation put GFCFS at 57 percent of its $5.9 million capital campaign goal, which will fund the construction of a single-level, 20,000-square-foot facility on the same four acres at 3001 River Road West that house the food pantry, registration building and a temporary shelter. 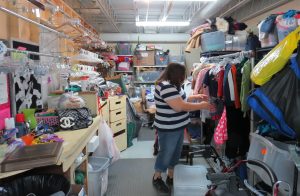 GFCFS was launched in 2007 as the result of a merger between Goochland Fellowship and Family Services, founded in 1952, and the Free Clinic of Goochland, a health care provider established in 1998 by parishioners at St. Mary’s Episcopal Church.

With the merger also came a dispersed, if inadequate, collection of properties. GFCFS currently has three locations along a two-mile stretch of River Road West: a thrift store in the basement of a medical office, a clinic in the old Goochland High School building that GFCFS shares with the Virginia Department of Health, and the two buildings and barn at the 3000 block where GFCFS clients can stay for short periods, take GED classes and obtain groceries in a converted house.

“You can’t be healthy if you’re hungry, and you can’t always worry about hunger if you don’t have shelter,” said Sally Graham, the clinic’s executive director, when describing its holistic approach to providing services to Goochland’s low-income residents.

To rectify this, GFCFS plans to consolidate all of its operations into the new facility. The program’s directors considered purchasing an abandoned bank next to the food pantry, but found that the structure would require too much renovation. 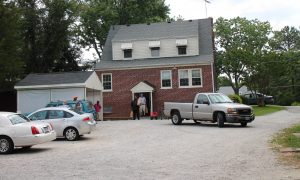 This repurposed home in Goochland serves as the organization’s food pantry. Photo by Michael Shaw.

Also at issue are the satellite clinic and thrift shop sites. GFCFS does not own either property, and Roper said she can see a time when the Virginia Department of Health may need to expand its office at the former Goochland High School.

“We started preemptively planning the campaign to avoid that kind of emergency,” Roper said.

GFCFS hired Hourigan Construction, Worley Associates Architects and RK&K to design and build the structure, which will be adjacent to a new parking lot.

Lisa Luck, the organization’s campaign chair, said she hoped construction would begin in 2017.

GFCFS provided services to more than 1,700 Goochland residents in 2015. In addition to construction costs for its new facility, the nonprofit will use campaign funds for new medical equipment, furniture, moving costs and to put toward its endowment.