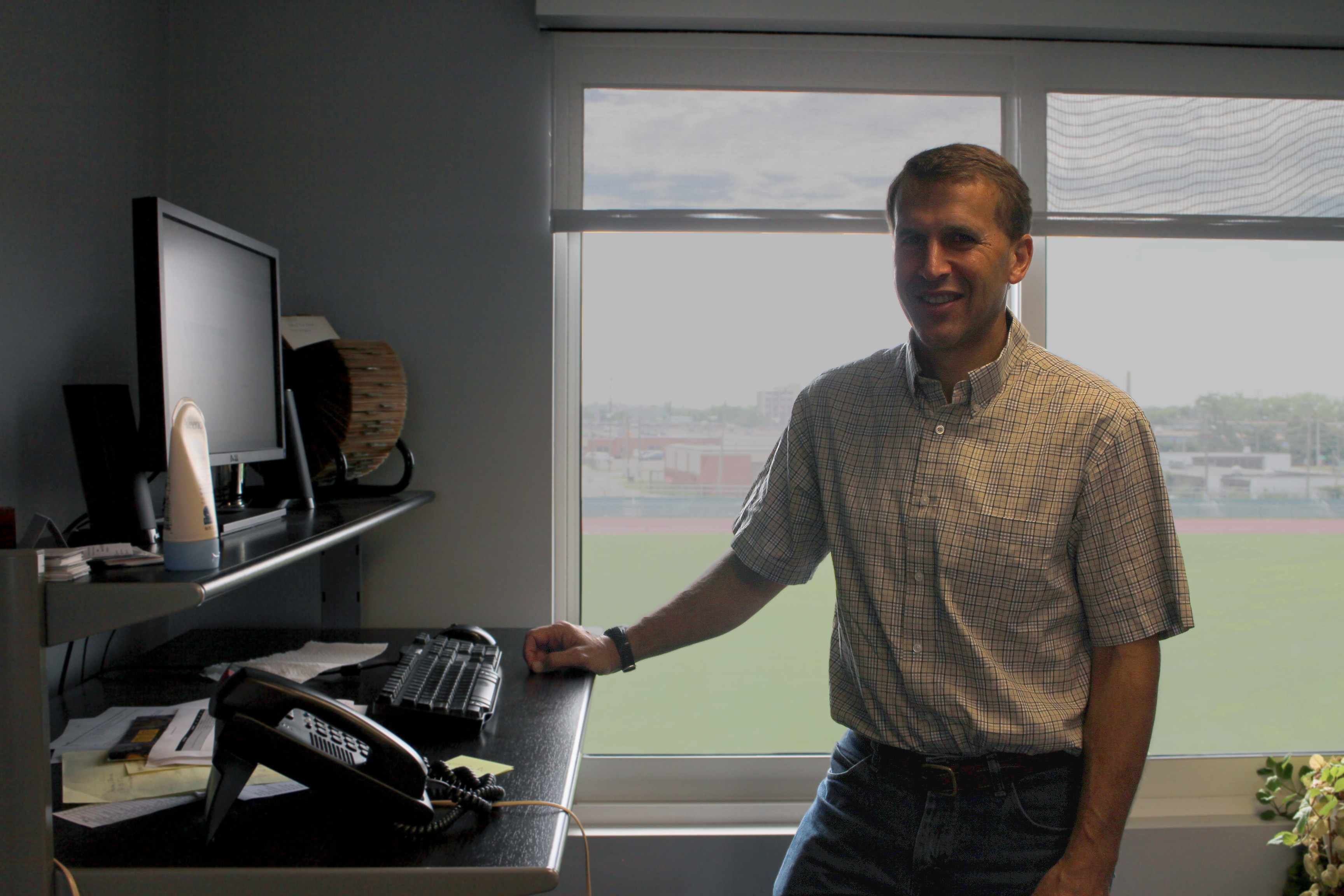 Four years after starting Bike Walk RVA and a year after Richmond played host to the big bike race, Jon Lugbill is taking a longer route to cycling advocacy.

The executive director of Richmond non-profit Sports Backers, Lugbill is in the final stages of preparing for his organization’s latest event: RVA to DC, a bicycle ride from Richmond to Washington that, similar to the local effort to improve cycling infrastructure, seeks to raise national awareness.

The 156-mile route starts at Sports Backers Stadium off North Boulevard and goes up through Ashland on U.S. Bike Route 1. Past Quantico, cyclists will ride on paved trails along Prince William Parkway and later on low-speed roads in Northern Virginia until ending at the base of the Key Bridge in Arlington.

The event runs the weekend of July 23, with registration currently costing $165. Baggage transportation, overnight camping in Fredericksburg, food and hydration stops every 15 to 20 miles and a completion reception are included in the price.

BizSense recently talked to Lugbill to about the ride and cycling in Richmond. The following is an edited transcript:

Richmond BizSense: How would you describe Richmond’s cycling culture?

Jon Lugbill: We’ve had a really strong mountain bike, off-road culture for quite a while because our trails both downtown and at Pocahontas are really strong. Our mountain biking culture is very strong. Our bike racing culture is strong, but the kind of recreational, bike-for-regular-transportation needs have been not fully developed. And part of that is a lack of infrastructure. On-street bike infrastructure has just started being built. So you’re seeing stuff, but there was nothing here four years ago.

The Virginia Capital Trail just got finished in the fall, so I think people will know what a trail actually is. Not these little things in a park but full-blown trails. Most areas around the country already have a network of those, so it’s kind of weird that we don’t. That’s something we’re working on with our Bike Walk RVA program.

RBS: Where do events like the UCI World Championships (held last year in Richmond) and RVA to DC fit into the bigger plan of making Richmond more accessible for cyclists?

JL: We think the events help build awareness. The ride to D.C. will ultimately be an awareness ride where we’re riding there to lobby Congress.

We’ve invited (former Virginia governors) Warner, Kaine and (current governor) McAuliffe and their staffs to join us, but we haven’t had any hits yet on that. But once it gets big enough it will start to happen. And then people will begin to come from around the country and visit their congressmen and senators, and that’s what we want to happen out of it.

In general, our events build a celebration of active lifestyles. We’re overall trying to improve the activity of people who live in greater Richmond, so the events are really to advocate for bike infrastructure.

RBS: What are you trying to accomplish in your advocacy efforts in Washington?

JL: So there’s a 156 mile route, and the last 30 are mostly going to be a on a paved trail. Northern Virginia traffic is notoriously really bad, and here we’re going to be on a paved trail. And so, people will start to understand how you can live in Manassas and commute to Washington, D.C. by bike. So people from Richmond will be exposed to that.

Ultimately, when you’re advocating with elected officials, it shouldn’t be all about what they’re doing wrong or trying to push for change. Some of it is talking about what they’ve done right and getting out and enjoying it with them, so this is one way to do that.

RBS: What are the logistics surrounding the ride?

JL: It’s a two-day ride so we’ll ride to Fredericksburg. We’ve arranged for camping or people can stay in a hotel, and that’s basically 75 miles. Then 81 miles the second day gets you to Arlington right by the Key Bridge. We’ll have rest stops along the way and drinks and food. It will be marked, but people will have to pay attention where they’re going.

RBS: How long has your team been planning this?

JL: Last summer 15 of us from our staff and friends did the ride on our own. We went up to Fredericksburg and rode to D.C. to try a route, which we’ve made a lot of changes to, but we’ve learned a lot from it. It was fun and different. If we’d ridden around in a circle each day it wouldn’t have felt the same. Then the feeling that you could do it without feeling like you were going to get whacked on the roads was also good.

Really for the past year we’ve been fine tuning it. We really wanted the mission to be front and center, which we hadn’t done before. The events had always been about having fun, whereas this one we turned it around by saying, ‘This is how you can be a part of improving infrastructure by being an advocate on this ride.’

RBS: So this idea wasn’t influenced by the UCI World Championships?

RBS: But have you sensed any sort of lingering effect from that race on the public’s perception of what needs to be done to improve cycling infrastructure in Richmond?

JL: Yes. I think the conversation has evolved over the last four years from, ‘What is bike infrastructure?’ to, ‘We kind of want bike infrastructure; how do we get it?’ to, ‘How do we fund it?’ Those stages take some time, but we were full-blown in the building stage the past two years, and last year the bike race caused all sorts of stuff to get done.

The Virginia Capital Trail had been under construction for 12 years. Well, the bike race put a period at the end. The governor said it’s going to be done in time for the bike race, and it was. The World Championships helped get it to the finish line. It just made it politically acceptable.

RBS: How many cyclists have signed up for RVA to D.C.?

JL: People can still sign up. We’re hoping to have 300, which is pretty modest size for us but it’s also a long way to ride. We’re over halfway to that number.

Other Sports Backers events planned for this year