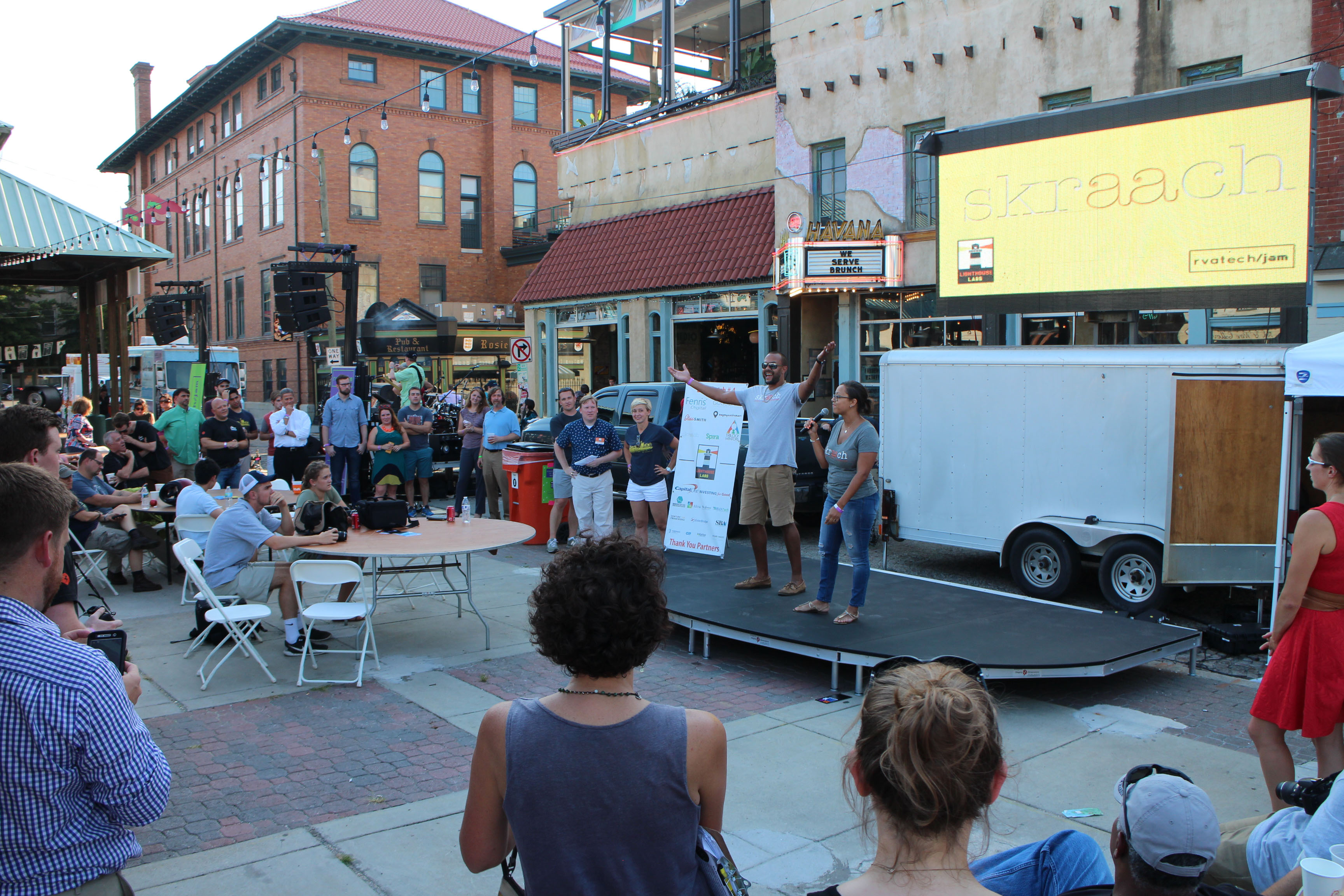 The scene was one of many that played out last Friday, and local entrepreneur Sean Sheppard didn’t miss a beat.

As an Uber driver pulled up to his Scott’s Addition business in a long black Cadillac Escalade to meet with Gregory Suskind, chief investment officer of Richmond-based Triad LC, Sheppard began talking up his concept for Backyard Farmer.

“Farming is going to need a lot of tech in the future,” said Sheppard, who hopes to expand his local business for eco-conscious gardening and landscaping services to the national level.

Jotting down notes and giving his full attention, Suskind listened as Sheppard touched on talking points about the direction he wanted his business go – and ultimately the help he needed from local investors to get there. 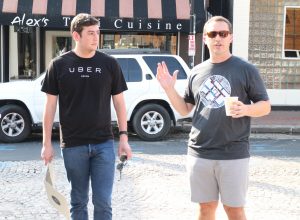 “It all sounds very interesting,” Suskind said before handing Sheppard his business card. “Let’s set up some time to talk more.”

It was about a 15-minute encounter that did not involve a corporate board room, but simply a ride around the block in the confines of a long, comfy SUV.

For organizers of the third annual RVATechJam, Suskind and Sheppard’s backseat interaction was a different take for entrepreneurs seeking investment in the capital city.

Dozens of entrepreneurs pinged their Uber apps to meet with funders and angel investors in a 15-minute vehicle ride around the metro as part of the ride-sharing company’s UberPitch service at the Richmond Technology Council’s (RichTech) all-day event at the 17th Street Farmers’ Market in Shockoe Bottom.

RichTech is a member-driven association of businesses and organizations working to help grow and promote Central Virginia’s technology-based economy.

It was the first time UberPitch was available to entrepreneurs in metro Richmond, and the first such event held in the Southeast.

A number of some of the most well-known venture capitalists in the region accompanied Uber drivers to destinations all over metro Richmond, including NRV, formerly known as New Richmond Ventures, and CVA Angels.

From about 9 to 11 a.m., Uber drivers shuffled investors to entrepreneurs looking to sell them on their products or concepts.

Founded in 2012, Lighthouse Labs has graduated over 16 companies, with over $5.5 million raised to dole out capital to startups from Raleigh, North Carolina, to Washington, D.C.

Each team will receive a $20,000 grant with no equity stake, along with an intensive three-month experience in the Lighthouse Labs accelerator program.