Create Digital worked with local startup Learning Seed on design and development of a new fundraising platform. The project included a rebrand and launch of a new crowdfunding website and social media marketing plan.

Brad Perry, director of strategy for Create Digital, gave a presentation with the communications director for the United Network for Organ Sharing at the American Marketing Association’s Nonprofit Marketing Conference July 11-13 in Washington, D.C.

BES Studios captured a Silver Communicator Award for work on a video training project for the U.S. Army. The video, filmed over a nearly three-year timeframe and shot in a cinematic and episodic fashion, focused on the dangers of battlefield lasers. The award is the fourth national production award for the project, which also received a CINE Golden Eagle award, Telly Award and VIPA award.

BES also completed a two-year, 42-video project for the VCU School of Medicine’s Department of Health Behavior and Policy.

The Martin Agency is no longer working on advertising for Walmart, which had been a client since 2007. Paris-based Publicis Groupe has created a new entity to handle the retail chain’s creative and in-store advertising, according to Adweek.

Think has been retained by Midlothian-based Dawn Roy Real Estate for branding and marketing services. 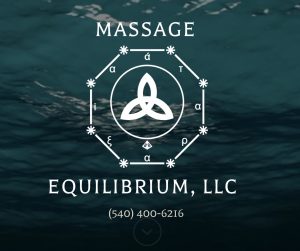 Virginia Online Fantasy Sports has chosen Madison+Main as its agency of record. The agency is working with the Midlothian-based company to develop its brand and collateral materials prior to the launch of its operations later this summer.

The agency created a social media campaign for Ashland-based sandals-maker Cudas this month. The campaign focused on the company’s “Free Shoe Friday” sandals giveaway. Cudas also launched the first in a series of online videos made with user-generated content.

Meredith Mason has joined Madison+Main as an account executive. She was previously with Texas-based L2 Marketing.

93 Octane was selected by Rebuilding Together Richmond to create a new website. The site, which is aimed to better serve the community, partners, volunteers and donors, is slated to launch in the fourth quarter.