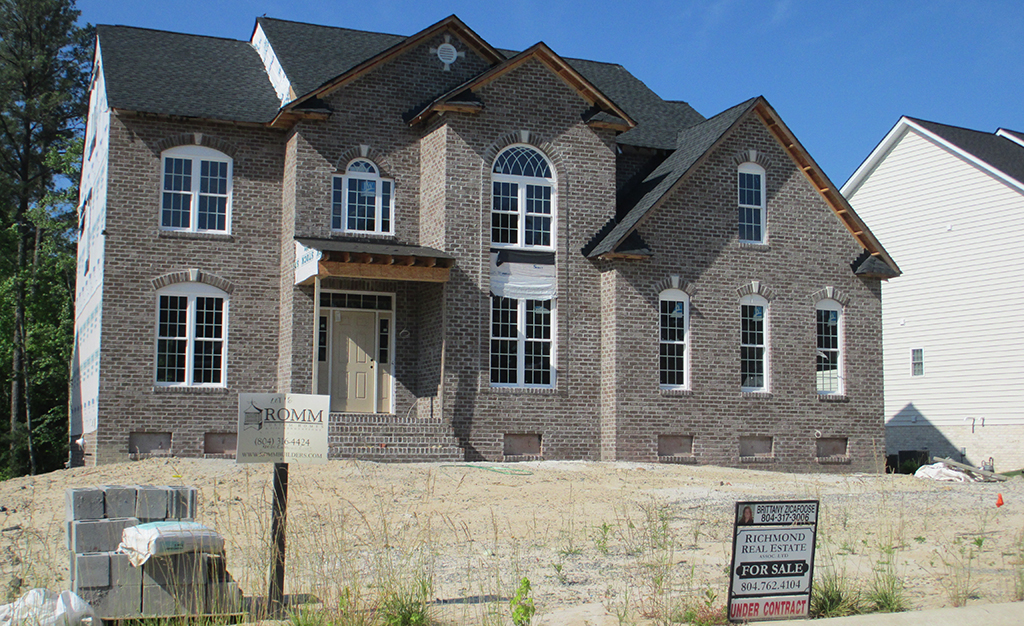 One of the further-along Romm homes in The Cameron at Grey Oaks. (Jonathan Spiers)

A local builder’s legal troubles are beginning to mount.

Three more lawsuits have been filed in Henrico Circuit Court against Romm Custom Homes, which was sued in May by a couple who alleged the company failed to construct their Wyndham-area home on time and has since abandoned construction.

Two more sets of homebuyers are making similar claims about homes in the same neighborhood, The Cameron at Grey Oaks, while the third new lawsuit, filed on behalf of a contractor, seeks enforcement of a mechanic’s lien to recoup costs for building materials.

The third suit, filed on behalf of Richmond-based Riverside Brick & Supply Company, seeks payment of $6,160 through enforcement of a mechanic’s lien on the property where Gautam and Jaitly’s home was being built. It also seeks $5,259 for another property in the nearby Estates at Grey Oaks at 2026 Grey Oaks Park Lane.

Both suits claim breach of contract and alternative counts of unjust enrichment, constructive trust and piercing the corporate veil. Gautam and Jaitly’s suit was filed by Samuel Kaufman of Midlothian law firm Owens & Owens. Gopalan and Swaminath are represented by Christine Williams and Kevin Funk of Richmond-based DurretteCrump. 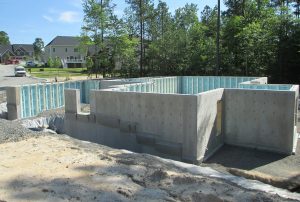 The actions add to the initial lawsuit filed against Romm in May on behalf of homebuyers Mandar and Anjali Deshpande. A response to that suit was filed July 5 by Romm’s attorney, Kelly Bundy of Hirschler Fleischer.

The response denies the bulk of the suit’s allegations while confirming several statements of fact, including that the Romm entities “admit that they intended to perform as required under the contract and complete the home on schedule and represented the same to the Deshpandes.” It also states that Romm admits that the Deshpandes have not been refunded any payments made under the contract.

The suit stated the couple purchased the property for $621,500 and paid two sets of down payments totaling $62,150, as well as additional payments for three change orders totaling $13,406. It sought an order requiring Romm to complete the home in accordance with the contract, or a judgment against the company for damages totaling $150,000 plus other costs.

Bundy’s response to the suit denies that the Deshpandes are entitled to the relief requested “or any relief whatsoever.” Reached Friday, Bundy said she would not comment on ongoing litigation.

Attempts to reach William Romm were unsuccessful Friday. Messages left on his mobile phone were not returned.

In June, Romm told BizSense he had “a financial setback” last year that required him to pull from his personal funds to finish some houses. Court filings show that Romm and his wife divorced in April.

He said in June that the four houses in Grey Oaks were the only homes his company had been constructing. He also said he had secured enough money to pay the Deshpandes so their deal could hold and their house could be constructed, adding that the lawsuit could be withdrawn because the lot had been purchased by another builder, Bradford Custom Homes.

On Friday, Mandar Deshpande said he and his wife had not heard from Romm and had received nothing to indicate that Romm intended to settle their suit. He said their attorney is now going forward with the case’s discovery phase.

Deshpande said they selected Romm for its reputation in the marketplace, noting a comment from Dawn Mott of Richmond Real Estate Associates, which manages The Cameron at Grey Oaks, that Romm had built more than 50 homes in Grey Oaks and was their “No. 1 builder” before its financial problems hit.

A native of India, Deshpande, who said he works from home as a product manager for a San Francisco-based computer software development company, said his family has been living in a rental home since selling their previous house in Wyndham in anticipation of moving to Grey Oaks. He said the majority of their belongings remain stored in a garage.

“As I understand, the others who have also filed lawsuits are in the same boat,” Deshpande said. “He has taken the money and just gone.”

Grey Oaks consists of multiple neighborhoods on more than 100 acres between Nuckols, Pouncey Tract and Shady Grove roads. Windsor Enterprises is part of a group of developers behind the overall development, which continues to grow but is nearing completion.