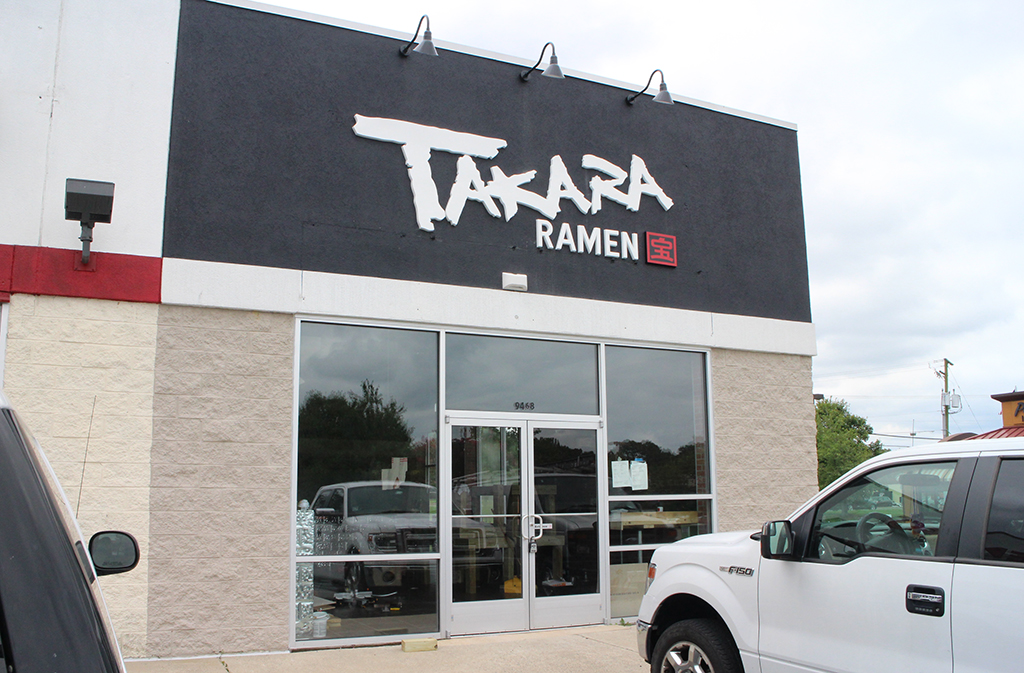 Takara Ramen plans to open in space once occupied by TCBY at 9468 W. Broad St. in the West End. (J. Elias O’Neal)

The trend of local ramen restaurants is spilling westward.

Takara Ramen is opening a restaurant at 9468 W. Broad St., a space previously occupied by a TCBY frozen yogurt shop.

The Broad Street space became available when TCBY franchisee Claudia Davis closed the location in early 2015 after the death of her husband, and business partner, Lee Davis. It had been in business for about two years.

Despite drawing interest from a handful of potential users, the unit sat vacant until March, when Takara signed on.

With Takara Ramen in place as its newest tenant, Ashby said the small retail center, which is home to Leisure Fitness and Qdoba, is now 100 percent occupied.

Song, along with Chester-based general contractor B & B Mechanical, is working to renovate the 1,860-square-foot restaurant. Plans call for indoor and patio seating. Crews also are installing Takara’s black walnut bar top, along with kitchen equipment and other interior finishes to the restaurant.

Takara is the latest in a string of ramen joints to make a go of it in Richmond. Tenka Ramen opened this summer downtown at 110 N. Fifth St. Shoryuken Ramen, one of the early arrivals in the ramen scene, closed in May after years of pop-up dinners and a year at its brick-and-mortar location at 900 W. Franklin St.