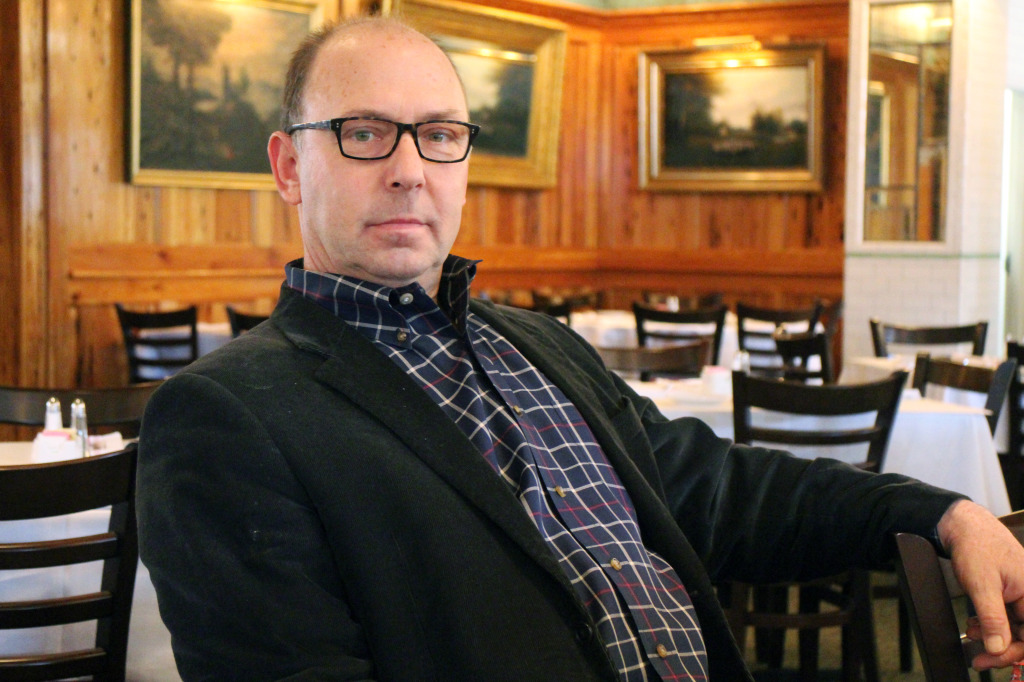 Every business has its origin story.

Many come off as tall tales, with slight exaggerations added in over time for dramatic effect.

When Ted Santarella often told of the origin of his first restaurant, Tarrant’s Café at 1 W. Broad St., he’d recall the eatery’s original tight quarters, with no kitchen and meals cooked on a hot plate.

Turns out, the full origin story is even better.

Santarella was a lone New Yorker and first-time restaurant owner when he opened Tarrant’s in an old drug store on what was then a rough stretch of downtown in 2006. 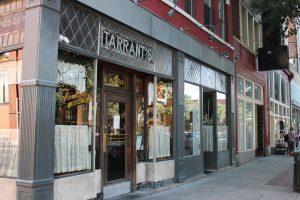 The dining room was small and there wasn’t much of a workable kitchen. Unbeknownst to diners, meals were carried down from an apartment above the restaurant and heated with a microwave or a camping stove.

What the restaurant lacked in cooking equipment, it made up for with Santarella’s hustle and vision.

“Tarrant’s was created by the sheer will power of Ted,” Liz Kincaid, Santarella’s director of operations, said. “Tarrant’s never should have existed in a part of town that few people cared about in a restaurant with no oven.”

These days, Tarrant’s has an oven and then some. The restaurant is part of the mini-empire left behind by Santarella, who died Aug. 9 at St. Mary’s Hospital after succumbing to cancer at age 59. He is survived by his wife Frances Santarella, sons Max Santarella and Austin Hamilton, siblings Neil Santarella and Diane Schock, and mother Anne Natuza.

In addition to family, Santarella left behind a restaurant operation that has far outgrown its modest beginnings. Tarrant’s Café is a touchstone of Richmond’s dining scene – the night after Santarella passed, the restaurant was packed with diners, Mayor Dwight Jones among them.

From the light fixtures down to the recipes, Santarella’s hand touched every aspect of his restaurants. When an order came in for fish and a new chef would volunteer to make it, Santarella would ask, “What do you know about fish?,” Kincaid recalled.

Born in Brooklyn, Santarella’s father was a fish distributor at Fulton Fish Market and his mother was a homemaker and later a respiratory therapist. Santarella started making pancakes when he was seven years old to help fuel bike rides around the neighborhood. He took one semester at Hunter College in New York, where at Thanksgiving dinner he cooked for friends who helped him realize he could make a living off his passion.

“One of his friends said, ‘You really have a gift,'” Frances Santarella said.

Santarella worked at more than 100 restaurants along the East Coast before a restaurant group sent him to Virginia to open a restaurant. Then a friend told him about a downtown building in Richmond that used to be a drug store, and had the potential to be a restaurant. Tarrant’s Café was born.

“He’d get there at 7 a.m. He’d be in his manager clothes with an apron on cooking,” Kincaid said. “He cooked the lunch hour, take an hour nap, and then do it all again at dinner.” 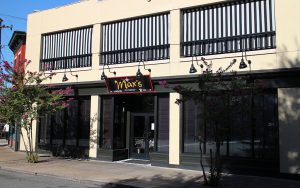 Known for his one-liners, Kincaid said that Santarella’s razzing at employees was his way of pushing them to improve. It was Santarella that convinced Kincaid to quit smoking and get a car so she could, as he put it, “join the real world.”

“He’d push you,” Kincaid said. “He was always looking out, wanting something better for his staff.”

Even as he was busting chops, Santarella showed another side. When snow made it unsafe to bike to work, Santarella gave Kincaid a ride. When a staff member wrecked his car, Santarella bought him another one.

In addition to his workers, he protected his territory. When things got hairy along Broad Street in the early days, Santarella could be seen in front of Tarrant’s with a baseball bat.

“It was that New York mentality – ‘I have to protect my business and my people,'” Kincaid said. “He lived and breathed this downtown restaurant. When he expanded he took that philosophy with him.”

Seven years after opening Tarrant’s, Santarella opened Max’s on Broad across the street at 305 Brook Road, named for his son.

In 2014, Santarella set his sights on the West End, with his downtown roots in tow. He spent more than $1 million to open Tarrant’s West at 11129 Three Chopt Road. Earlier this year, Santarella launched a valet company because he wanted better for his guests.

“He built his business one guest at a time,” Kincaid said.

Jason Alley, who opened Comfort at 200 W. Broad in 2002, was more of a peer than a friend to Santarella. But he admired the man. 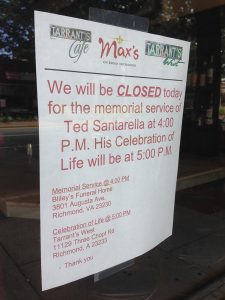 Santarella’s restaurants were closed on Thursday for his memorial service.

“I thought he was hilarious,” Alley said. “The guy had a lot of energy. He was very much a DIY dude.”

Alley said Santarella’s venture was a boon for the dining scene and “instrumental in creating that neighborhood feel.”

“He was a really, really good operator,” Alley said. “He knew how to keep a busy restaurant and make money doing it. That’s not an easy thing to do and it’s sort of the name of the game.”