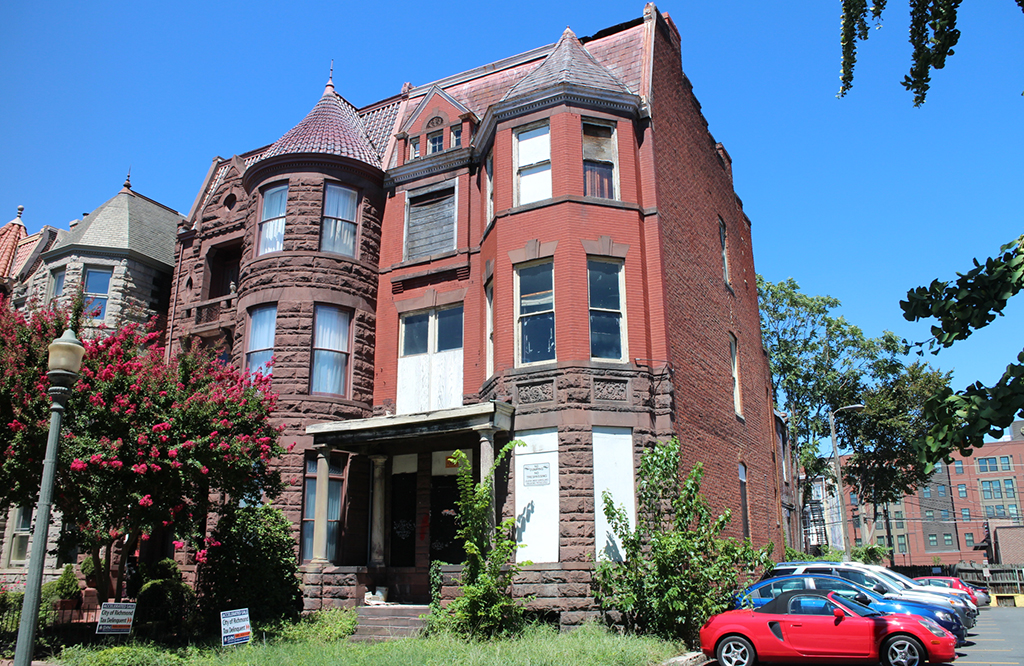 Two century-old row houses in the heart of VCU are among nearly three dozen properties in and around Richmond that are to be sold at auction this afternoon.

Richmond-based Motleys Asset Disposition Group is conducting the auction, which includes 23 tax-delinquent properties, three city-owned properties that have been deemed surplus, a house bankruptcy in Petersburg, and nine properties or property clusters owned by a Richmond nonprofit. 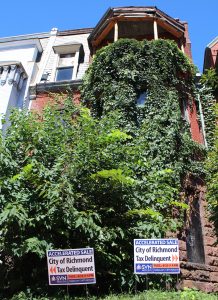 The city acquired the Fan District properties in May 2014 through its blight abatement program. Both were previously owned by Charles P. Modjeski and were declared blighted in 2010, according to a 2013 Times-Dispatch report.

Both homes are assessed below $250,000 but located in neighborhoods where homes can sell for double that amount or more, said Tim Dudley, a senior advisor with SVN/Motleys.

“They’re in the VCU area. That is the most sought-after area in Richmond,” Dudley said, adding that comparable homes rarely become available to the market and can sell for upward of $500,000 when they do.

The Franklin Street home, built around 1900, sits on a 1-acre lot just west of Harrison Street. It has four bedrooms and a total of 17 rooms across three stories. It is currently assessed at $233,000.

The Floyd Avenue home, near Floyd’s intersection with North Morris and Brunswick streets, was built in 1895. It includes five bedrooms and a total of 13 rooms across three stories. The 0.06-acre property is assessed at $182,000.

The Idlewood Avenue property is zoned for residential use and is assessed at $53,000.

The nine nonprofit-owned offerings consist of more than 20 lots scattered throughout the city and in Chesterfield and Henrico counties. Property records show the plots are owned by Richmond Metropolitan Habitat for Humanity.

Dudley said such auctions are appealing to nonprofits as a mechanism for selling properties that have been donated to them.

“They’re always getting people wanting to donate real estate to them, and a lot of the nonprofits don’t have a system in place to handle the real estate, so this is a good way to take it in and sell it afterwards,” he said.

The auction will be held at 4 p.m. at Motleys’ headquarters at 3600 Deepwater Terminal Road. Registration will open at 3 p.m.

I hope people do their homework. The Idlewood lot (in my hood) was city owned and residue from the Downtown Expressway. It does not come close to meeting lot standards for a new home and variance will be hard as a home on that site similar to the existing homes would have NO rear yard.