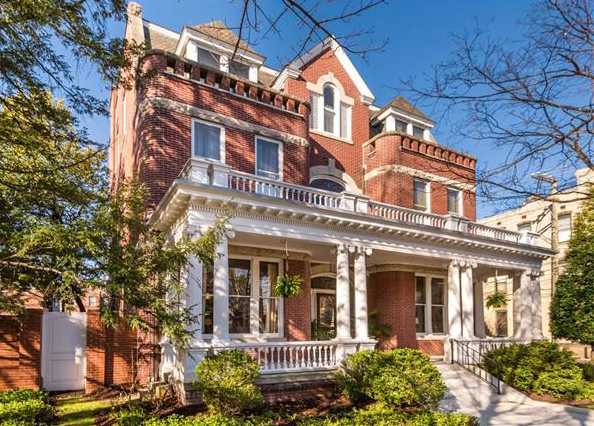 The house at 1853 W. Grace St. has been used as a bed and breakfast for the past dozen years. (Courtesy CVRMLS/Sara Eastman Photography)

Four months after hitting the market, a onetime lodging spot in the Fan is now the permanent home for a longtime resident of the neighborhood.

Brian Frank, president and founder of the local tech firm SkyFoundry, is the new owner of the former Grace Manor Inn, an 8,000-square-foot building at 1853 W. Grace St.

Frank purchased the property this month for $1.1 million. It was listed in April with an asking price for $1.14 million and was marketed as a single-family residence, despite a permit that would have allowed it to remain a bed and breakfast. 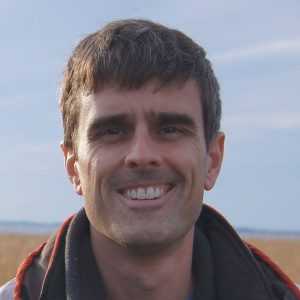 “It’s just a bigger house for my family,” Frank said. “It’s a pretty cool property with a pool.”

Frank, 44, and his family have already moved in to the West Grace Street property. He has lived in the Fan since 1996, most recently at a home he bought in 2002 at 1513 Hanover Ave. He sold that property for $960,000 to John and Jennifer Grogan on Aug. 5, the same day the deal closed for his new place.

Frank said he had been thinking of getting a bigger home, but in June saw the Grace Manor Inn property.

“It was kind of spur-of-the-moment,” he said, adding it was one he felt he had to seize. “It’s kind of an unusual property for the Fan to have such a big side yard, a pool, and a carriage house.”

Built in 1910, the building was previously owned by Albert and Dawn Schick. The Schicks operated Grace Manor Inn for 12 years before enlisting Chris Small of Small & Associates Real Estate to market the property. The Schicks are now in Belize launching a new hospitality venture. They bought the Grace Manor Inn building in 2003 for $867,000. It was most recently assessed at $1.02 million.

Small represented Frank in the purchase of the Grace Manor Inn property and in the sale of the Hanover Avenue property. He said interest on both properties was strong in part because Fan homes are hard to come by.

Frank eventually plans to make some changes to his new home but not before he is all moved in.

“The first thing is to get settled in this house, and we still got a long ways to go for that,” Frank said. “Hopefully, I’ll be here forever.”