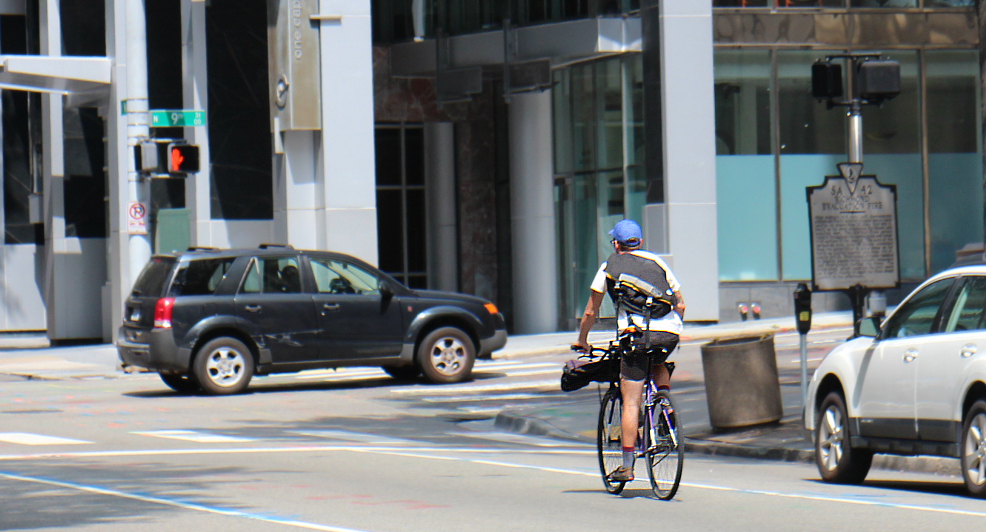 Looking to build on its growth in the age of the smartphone, a local bike-only delivery service has moved to a more central location in Richmond. 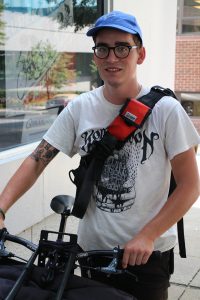 The new downtown space will be used as a central hub where Quickness RVA can store its bikes, parts and delivery bags, and house a dispatcher.

“Quickness has been around for almost seven years now and we’ve experienced a lot of growth” France said. “It just made sense for us to move to the heart of the financial district. We’ll be more centrally located, especially for Southside.”

The company’s delivery zone spans east to west from Rocketts Landing to the West End and north to south from Northside to Forest Hill. Quickness RVA usually has 14 people a day working the company’s core business of doing food delivery for restaurants around town. It does about 48,000 deliveries a year. The company has also branched out to delivering flowers, documents, grocery items and custom orders.

“We have a reputation for being really fast,” France said, adding most food deliveries take an average of 30 minutes.

Aside from Quickness RVA, the other bike couriers most commonly seen around town are the sandwich wielding peddlers deployed by Jimmy John’s Carytown and VCU locations. Courier One, a downtown delivery company, also deploys bike couriers, France said. He said Quickness RVA’s success is an echo of the late 90s when there were dozens of bike messenger ventures in town.

“Now, there’s only a handful,” he said. “We’re kind of reintroducing it.”

While bike couriers may not be as common as they once were, there has been a rise in four-wheeled delivery services in Richmond. Zoomer Inc., a food delivery service based out of Pennsylvania, also serves restaurants in the area.

France said out of town car-powered delivery services don’t necessarily mean a smoother ride into the market. Bikes don’t get stuck in traffic and finding parking is never an issue.

“They still take time to do their deliveries,” France said, adding the competition is extra incentive to buckle down. “It just encourages us to do what we do best: deliver food fast.”

France compared Quickness RVA to the mail carriers of yesteryear, and said the company hopes to continue growing.

“We ride in winter, summer, and we ride in the rain,” he said. “Our main goal is to continue tying the small businesses together that we work with.”

Whether they ride in rain or sun, they need to wear helmets. I was surprised to see a photo of one of they riders pedaling along wearing a baseball cap. In city traffic. How dangerous can you get? Do they have insurance for injuries? I used a bicycle to commute years ago, and my helmet always went along, and made a big difference at least once.

It is not against the law to ride without a helmet. This sort of “think of the children!” attitude towards helmets also tends to make bicycling seem much more dangerous than it is. Even in a town like Richmond with embarrassingly poor bike infrastructure, cycling is vastly safer than being in a car, or even playing a sport – any sport.

“cycling is vastly safer than being in a car”??? Yeah I’ll take my chances being hit by an SUV in my car than on a bike any day. I don’t care about their helmet safety though but cyclist need to obey the traffic laws like not running red lights. See a ton of that in downtown.

I worked messenger in Boston for over 4 yrs, loved it, referred to it loosely as Kamakaze Ballet and not once had a crash; close calls absolutely come with the gig, and usually are caused by aggressive, ignorant bad drivers who insanely hog roads and have little regard for anything or anyone else– except themselves– and sometimes road or gear anomalies The Gruntcakes who typically bark about bikers goes back to aggression and narcissists who try to bully- rule the roads Messenger in is a great way to make money, the typically fastest way to deliver time- sensitive stuff in… Read more »

Hold on, dude. My words about helmets no more make me a naysayer than your wild inventive makes you a crude narcissist (to use your own word). It’s true that bad drivers need to shape up, and we all need to share roads that locally (as one post noted) can leave a lot to be desired. Cyclists, commercial or otherwise, make a bad situation worse when they ignore red lights and stop signs, and drive as if they were alone on the road. THey also have the most at stake when things go wrong. HEnce the need for helmets.

I do mad weeds while running reds on my fixie. Helmets are for suckas!