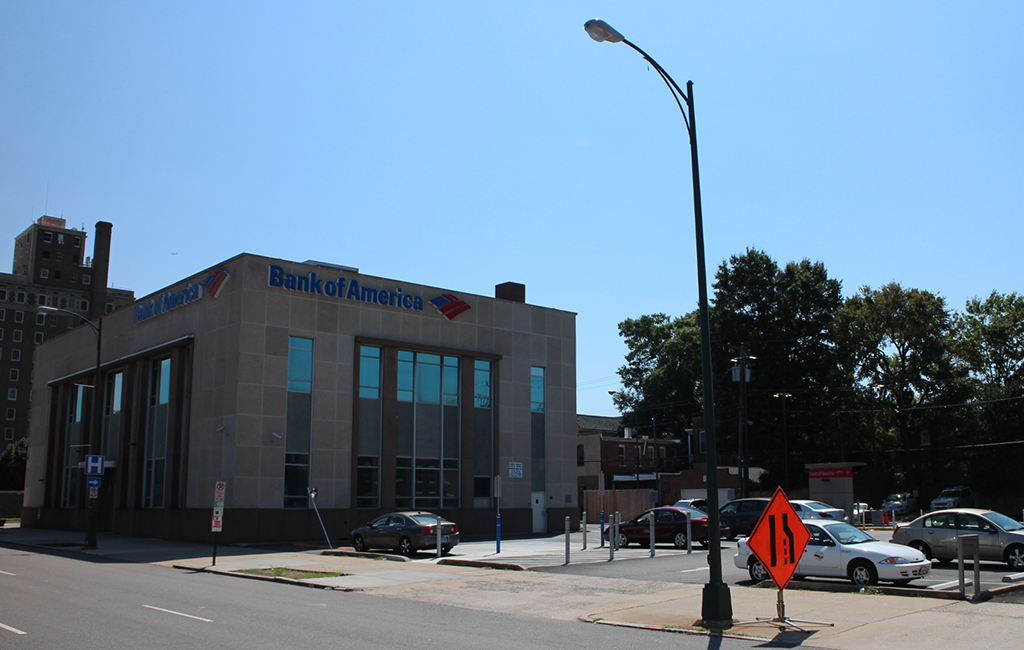 The 14,000-square-foot Bank of America branch at 2601 W. Broad St. and two adjacent properties were purchased for $1.2 million. (Michael Thompson)

A West Broad bank property and a Jackson Ward apartment building mark some of the first acquisitions of an up-and-coming development company.

Zac Frederick of Crescent said the first order of business is to find an office tenant for the 6,500 square feet of space on the Bank of America building’s second floor. The development potential of the vacant adjoining lots, a third of an acre and used for parking, made the deal especially attractive, he said.

“We’ve got the ability to add density,” said Frederick. “There is a plan to add density and use the efficiency of the income generated at Bank of America to make a compelling development option.”

Frederick, 34, said long-term plans have not been finalized for the property. Crescent is the managing member of 2601 West Broad LLC, the entity that bought the West Broad Street parcels. The group consists of Frederick, The Oxford Group LLC, and an unnamed partner. The seller was First States Investors 5200 LLC, an entity with ties to KBS Companies in California.

The Oxford Group is controlled by father and son Sonny and Carthan Currin. Sonny Currin is an owner of RX3 Compounding Pharmacy in Chester. Carthan Currin was previously  with MB Contractors and was the director of economic development for Richmond.

Frederick launched Crescent Preservation & Development from his West End home last year. He is a former commercial real estate broker and did historic tax credit and affordable housing consulting with Linden Capital. Getting into development was new, but not unfamiliar territory.

“I’ve got the pieces of the puzzle,” Frederick said. “I just put them together to start the company.”

In addition to the Bank of America branch, Crescent, along with The Oxford Group, is behind the venture that bought The Eco Flats at 613 Brook Road in Jackson Ward for $1.92 million. That deal closed Aug. 9, according to city records.

Frederick said no renovations have been done on the 18-unit, four-building apartment complex.

Frederick said the Eco Flats property and the Bank of America branch are part of a promising stretch of the city that runs along Broad Street from Scott’s Addition to VCU’s MCV Campus.

“I think that area is poised for greatness,” Frederick said.

Congratulations to Zach and Carthin on their new ventures. I understand more are in the offing. Ecco Flats was very successful under Property Results before falling into the hands of DC investors. I’m sure the new team will rescue it. Guys, it’s time to join the MF Council. Lets talk!