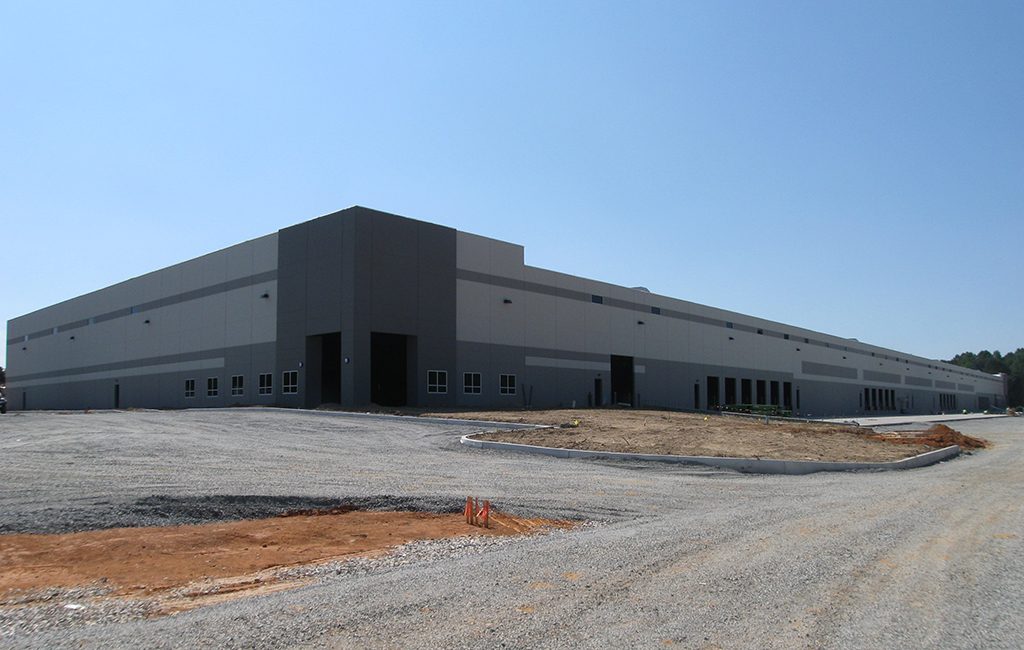 A swath of industrial square footage in Eastern Henrico has been spoken for before it’s been fully built – and its developer has more local spec space in the works.

Premier Store Fixtures, which manufactures retail displays, has leased the entire 216,000-square-foot warehouse that’s under construction at the Airport Distribution Center off South Laburnum Avenue and Darbytown Road. Operations are slated to begin by the end of 2016.

Premier Fixtures CEO Joe Thomas said the company has been in the Richmond market for nearly 10 years and the new space will consolidate and expand its local manufacturing, assembly, and distributing operations.

“It will be more modern and more efficient,” he said of the new space. “It’s brand new – that helps us design from the beginning.”

Airport Distribution Center is an 80-acre business park that is planned to eventually have six warehouse buildings. Four of those six are or will be controlled by developer Becknell Industrial: one that’s already built; the building Premier has leased; and two additional buildings that haven’t started construction. All together Becknell will eventually own about 690,996 square feet in the park.

Broker Cliff Porter of Porter Realty, who represents Becknell and also represented Premier in its lease, said Premier will be moving into the distribution center’s Building E, which went under construction in the spring and is planned for completion in November.

Elsewhere in the development, Becknell has the 153,480-square-foot facility dubbed Building B in the works, with construction scheduled to begin in November and conclude in May. Building D will eventually follow with 202,560 square feet.

“There is interest,” Porter said of the forthcoming buildings that have yet to be leased. “(Becknell) sees continuing demand in the Class A market, particularly in the airport area.”

There are currently three completed buildings in the Airport Distribution Center totaling 443,534 square feet. They are: Building A, owned by MDH Partners out of Atlanta; the Becknell-owned Building C, and one owned and occupied by logistics company Graybar.

Headquartered in New York, Premier Store Fixtures was formed in 2000 and seven years later opened a 200,000-square-foot manufacturing and distributing operation at 4650 Oakleys Lane in Eastern Henrico. Since then the company has added a site at Carolina Avenue in Eastern Henrico.

As part of Premier’s transition to its new space it will be vacating an Eastport Boulevard space. All together, its operations in Richmond will eventually total about 700,000 square feet. Thomas said Richmond’s location and workforce has been good to good his company.

About 150 of Premier’s 350 workers will be assigned to work at the forthcoming Airport Distribution Center facility.

The company’s website lists examples of its work for retailers like Dick’s Sporting Goods, Field & Stream, and American Eagle Outfitters.

“You would see our end products in the major retailers that have footwear, clothing, and jewelry,” Thomas said.

Thomas said Premier hadn’t initially planned on its series of Richmond expansions, but that more could be in the works.

“I would expect, based on growth and business plans, we’ll be looking for additional facilities in Richmond,” Thomas said. “The company is in a growth mode. It’s a growth industry.”

Nice, sounds like about the same amount of jobs as Stone brewing w/o a 30m interest free loan.