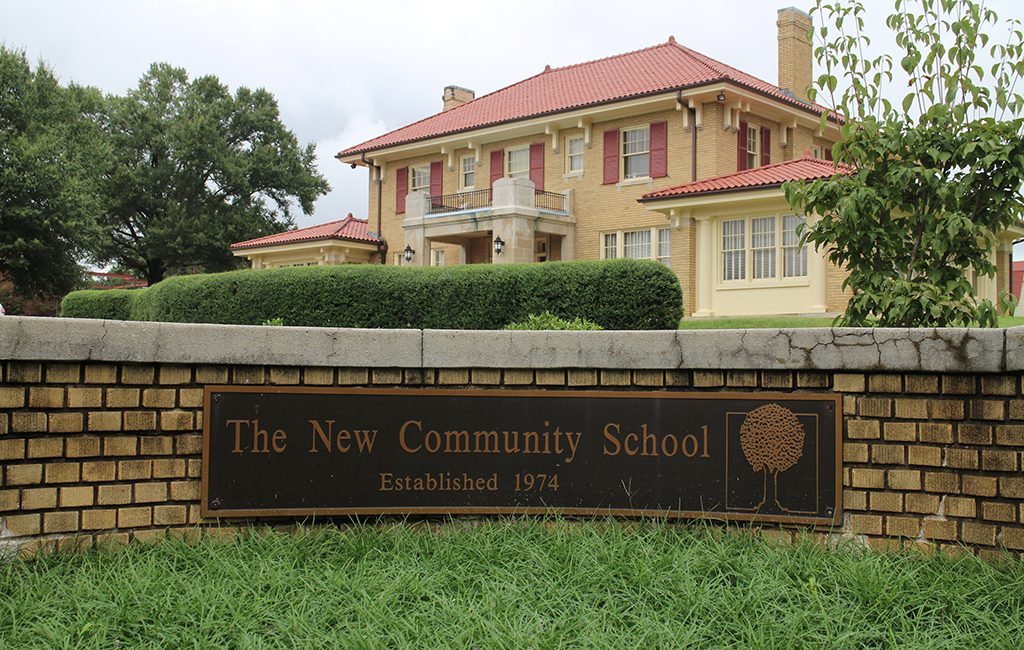 A Richmond-based private school is launching the next phase of a capital campaign that will help complete an expansion of its campus.

The New Community School at 4211 Hermitage Road this evening will publicly begin a new push to cap off the final stretch of its fundraising goal of $5.5 million to construct and furnish its new 15,700 square foot academic building through its Building On Strength capital campaign.

The campaign celebrates its kickoff tonight at 6:30 p.m. in the school’s activity center, where it has invited former alumni, parents, supporters and current students to attend.

The event comes as steel beams have begun to rise from the construction site on campus, where plans call for the two-story structure to house two art studios, a large commons area for gatherings and outreach, a music and drama studio, multiple faculty and student conference rooms, seven classrooms and a science lab.

“We wanted to make sure that we had at least 80 percent of the funds raised before launching construction,” said Dan Stackhouse, New Community School director of development. “Right now, we’re at about 82 percent…we’re hoping to raise the additional funds necessary once we kick off our capital campaign.”

Founded in 1974, the New Community School is the only secondary school in central Virginia that specifically serves students with dyslexia and related learning disabilities. The nonprofit private school is not related or associated with Richmond Public School’s Community High School in the Brookland Park neighborhood.

New Community School is launching the construction of a 15,700-square-foot academic building. (Rendering by Pat McClane)

Because of its specialized instruction, Nancy L. Foy, New Community School head of school, said the campus is bursting at the seams to accommodate the 150 fifth through 12th graders enrolled on the north Richmond campus.

“There are so many children that are in need of this type of instruction,” Foy said. “We want to make sure that we continue to build on what we are offering so that we can ensure our students are leaving here with the skills they need to be successful.”

Since 2012, the school’s enrollment has grown roughly 50 percent, Stackhouse said.

“When I started working here in 2012, when they said 150 students would be enrolled here, I thought that they were talking about by 2020,” Stackhouse said.

“These are incredibility bright and creative students,” Foy said. “A lot of these children score in the top 97 to 99 percentile, but getting them to write those ideas out on paper, or explain it verbally, is a challenge….We work to break down those walls to help them find their strengths as learners.”

All money raised through the capital campaign raise will be dedicated to the new academic building, including its construction, furnishings and technology upgrades.

Richmond-based Hourigan Construction broke ground on the academic building in June. The building was designed by Richmond-based Smith McClane Architects.

The new building will also include four language fundamental suites, which Foy said is part of the school’s everyday curriculum to help students learn how to communicate verbally and through writing their daily thoughts and opinions. 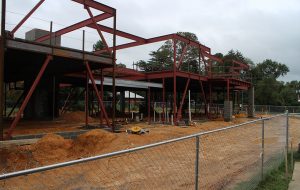 New Community School hopes to have the building ready by early spring so students can move into the space during the current academic year.

All of the money for the new structure is being raised through private donations and matching grants, Stackhouse said, including a $200,000 matching challenge grant from the Richmond-based Cabell Foundation.

No tuition money has been diverted to help cover costs associated with the project. The school’s tuition rates are $28,325 for grades five to eight and $29,295 for grades nine to 12.

Once complete, New Community School’s nearly 10-acre campus will include 12 buildings, including a former residence at 4219 Hermitage Road the school acquired in January and has since been converted into three classrooms.

“We’re adding classroom space where ever we can,” Foy said.

With the new academic building in place, Foy said the school could accommodate 50 additional students in the coming years.

However, she emphasized that the new academic space will not accelerate enrollment growth.

“We are establishing the learning path of children who have come to us from schools and places that have not always understood their strengths as critical thinkers…that means maintaining our small size and not growing too quickly despite the additional space.”