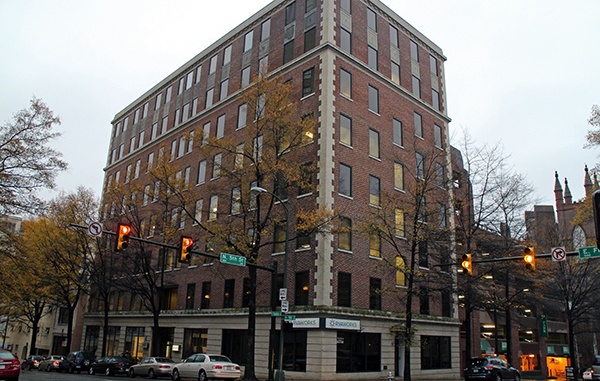 A local hotelier has struck a deal with the city to bring a new brand of hotel downtown.

An affiliate of Shamin Hotels last week finalized its purchase of the 48,000-square-foot office building at 501 E. Franklin St., which the company plans to convert into an 87-room Moxy Hotel by Marriott. The seller was the Economic Development Authority of Richmond.

It will be the third Moxy Hotel in the U.S., joining locations in New Orleans and Tempe, Arizona. There are five others open in Europe in places like Milan and Berlin. The new brand is fashioned as Marriott’s own version of a boutique-style hotel.

Shamin CEO Neil Amin confirmed the $2.5 million sale closed Oct. 6. The company was the winning bidder in an RFP process put out earlier this year by the EDA to unload the eight-story, 100-year-old building.

“Moxy is one of Marriott’s newest brands and it fits well with the neighborhood, which is transforming into a culinary and entertainment district,” Amin said.

He said a budget for the hotel conversion has yet to be finalized. The company plans to use historic tax credits, cash and debt to finance development.

“We are planning to bring in an architect who has designed other lifestyle hotels and will commence design shortly with a plan to start construction early next year,” Amin said.

The acquisition of 501 E. Franklin St. adds to Shamin’s downtown hotel holdings that include the recently opened, dual-branded Hampton Inn and Suites and Homewood Suites at 700 E. Main St. It also bought the Berry Burk building at 525 E. Grace St. for $4.6 million earlier this year. The company has said it will keep the building as apartments.

The company, which has 33 hotels open in the Richmond market, is also working on a new 111-room Residence Inn at 10701 Center View Drive in Midlothian.

The closing of the sale was first reported by the Times-Dispatch.

I wonder if they’ll remove the old fixed wireless broadband antenna tower I had on top of the rooftop elevator shack. Here’s an old picture – https://web.archive.org/web/20021121060051/http://frontierbb.com/ The incubator took great care of me and my fledgling organization!