The transformation of a former GRTC property near the Fan and Carytown is well underway as its developers prepare to begin leasing up the project’s apartments and commercial space.

First announced last year, the $44 million project is being helmed by a partnership between Tom Dickey and Chris Johnson of the Monument Cos. and Howard Kellman of the Edison Co.  Monument Construction, an arm of the Monuments Cos., is handling the buildout. Walter Parks is the architect.

Johnson said the goal of the project is to expand and unite Carytown and the commercial corridor along Robinson Street. The site’s plan of development approved in June and the developers sang the praises of Willie Thompson at the city’s planning department. 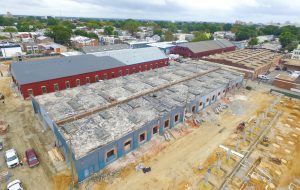 The seven existing rehabbed buildings will be opened in stages in March. (Kieran McQuilkin)

The two new buildings will be complete in spring 2017, after the seven existing rehabbed buildings are opened in stages from November to March. The developers are using historic tax credits and Union Bank & Trust to finance the project.

Leasing for the residential units begins Oct. 17 and is being handled by Stacy Bassetti of Legend Property Group, the property management arm of the Monument Cos. Rents will range between $1,352 for a one-bedroom unit and $1,900 for a three-bedroom unit. Amenities at Cary Street Station will include a pool, clubhouse with kitchen and games, a two-story gym, a pool house, and a dog park.

Commercial leasing is being handled by JLL and The Shopping Center Group. As of Oct. 7, the developers had five letters of intent from local restaurant tenants under review, and they have received interest from a salon and a jeweler.

Cary Street Station’s logo features a trolley as a nod to the 112-year-old property’s past as a trolley shed and bus barn. To help research the site’s history, Dickey bought a book called “Rails in Richmond” by Carlton Norris McKenney. The book featured a map from 1925 of the Cary bus barn site and historic pictures of its buildings.

The names of the buildings on the development will allude to figures and aspects of Richmond’s public transportation history. For example, the new 11,500-square-foot building going in at the corner of West Cary and South Robinson streets will be named for Frank Sprague, who developed the first practical method for propelling an electric street car, according to the Monument Cos. 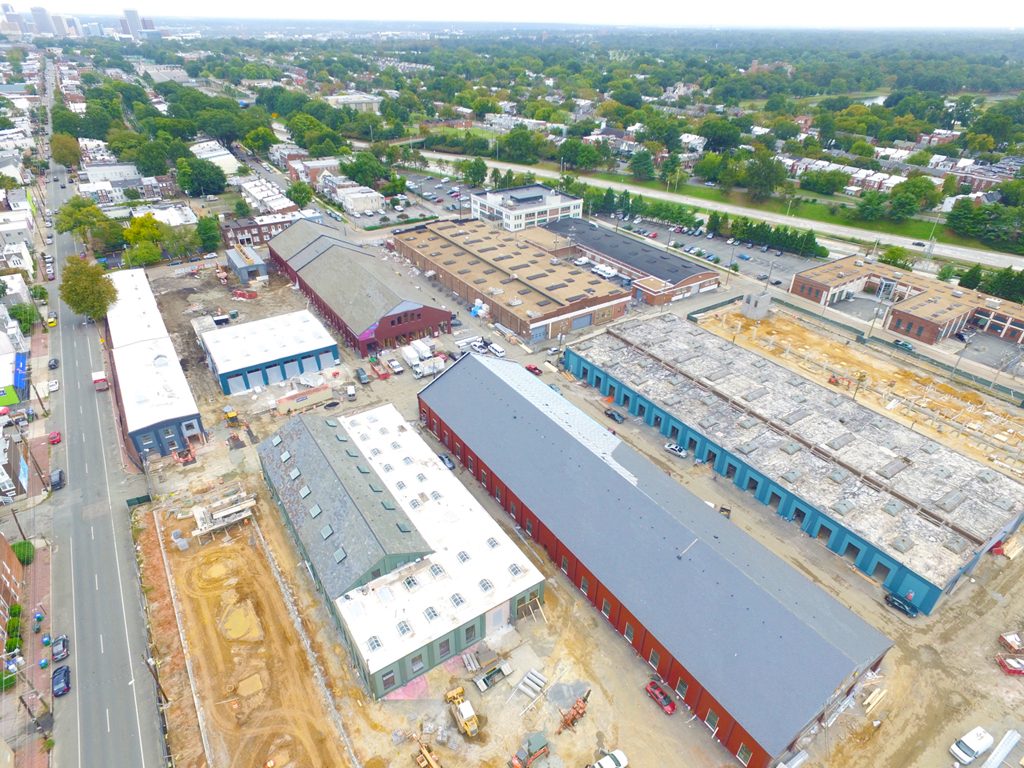 One has to appreciate the nod to history in Tom Dickeys choice of building names. The project really looks great and it will be terrific to see the buildings revived and full of residents and businesses. Cary Street is going to have a whole new look over the next five years as more businesses recognize its potential between Carytown and Monroe Hill.

It’s disappointing that the developers have painted over the murals. Those pieces of art added a lot of character to area.

Overall happy but the Cary Street side is a 4-story building. So is the work/live spaces of Grayland. Both are taller than anything around including Dominion offices on Grayland and not keeping with the charm of Carytown. Style wise they blend in but I thought they told us at neighborhood meeting all the buildings would be less than 2 stories.

and ditto the murals comment….what a shame all that talent artwork covered up!

Great project. The murals were awesome, but were meant to be fleeting – time to put them up somewhere else.

Are there any plans afoot to acquire the adjacent row of buildings for commercial use on the N.E. corner of Cary and S. Robinson St?
That property, if commercialized, would make excellent addition to the proposed extension of Cary Town already underway across the street.