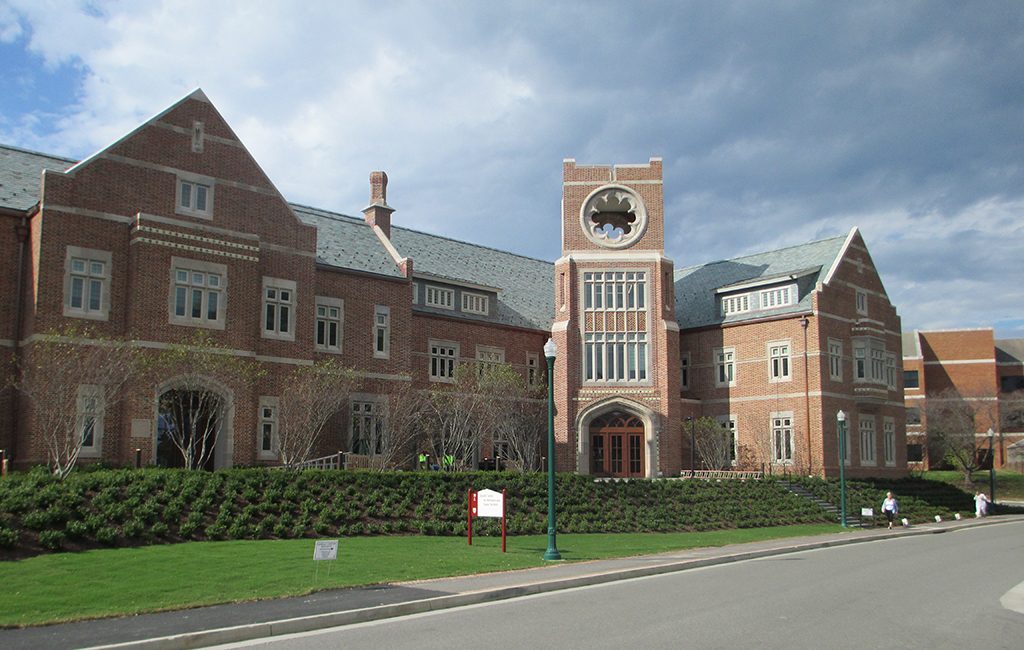 The University of Richmond celebrated the completion of its new welcome center on Friday with a dedication ceremony and tours of the building.

The 56,000-square-foot Queally Center opened in early August, about a year after construction broke ground on the site and in time for fall semester classes. Friday’s event was held in the building’s Breed Pavilion.

Designed to serve as a “front door” for prospective students, families and employers, the center integrates the offices of admission, financial aid and employer development, creating a gateway both into and out of the university.

Constructed at the intersection of UR Drive and Westhampton Way, the center is situated near a bend in the road that makes it the first building visitors see when entering campus from its River Road entrance.

It was built by Hourigan Construction, whose other projects in town include Stone Brewing’s facility in Fulton, and designed by SMBW Architects, the local firm behind the redesign of the Main Street Station train shed. 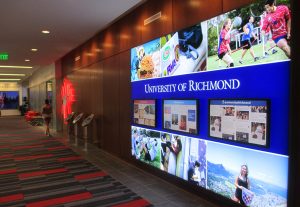 The $26.5 million building was funded in part by a $10 million gift from Paul and Anne-Marie Queally, members of UR’s Class of 1986 whose name also graces a hall at the Robins School of Business. Additional gifts came from 47 other donors.

The centerpiece of the building is a 500-person assembly room that Fred Hopkins, project architect with SMBW, described as the main driver of the center’s design. The room can be partitioned into three banquet rooms, each with their own audiovisual systems, and is serviced by a banquet kitchen.

An entry room with reception desk and visual displays leads visitors to a waiting room and a hallway connecting the different offices. The hall features multimedia displays and printed information, as well as kiosks where visitors can learn more about the university and its history.

The third floor features a roundtable boardroom housed within the building’s tower, which is illuminated at night. Consistent with other buildings on campus, the center was constructed with limestone window frames both inside and out and materials such as oak and slate. 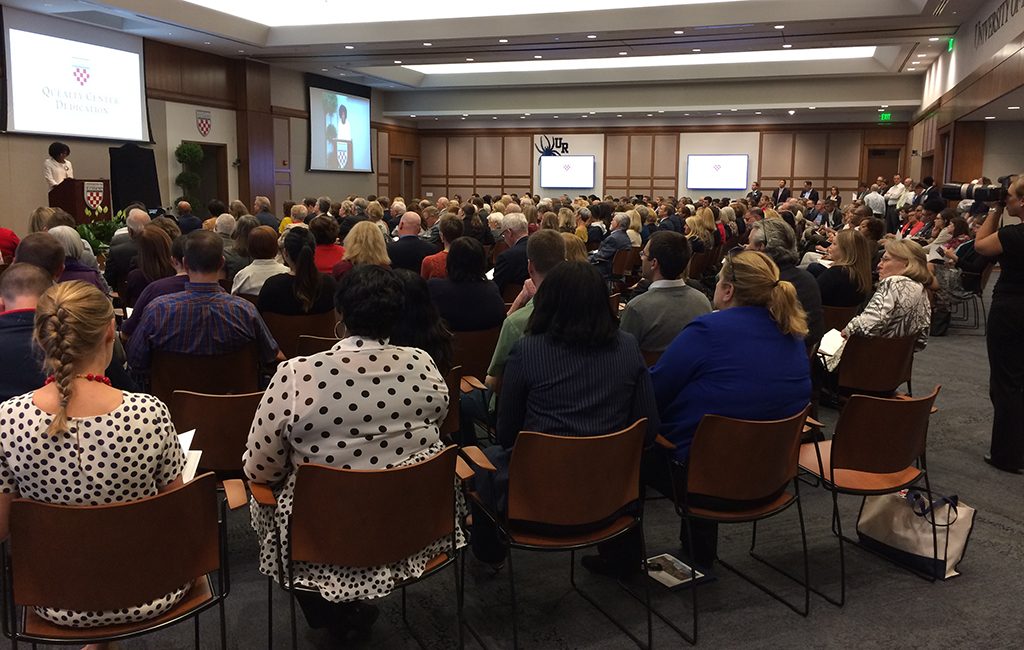 A dedication ceremony was held Friday in the center’s banquet hall. (Courtesy University of Richmond)