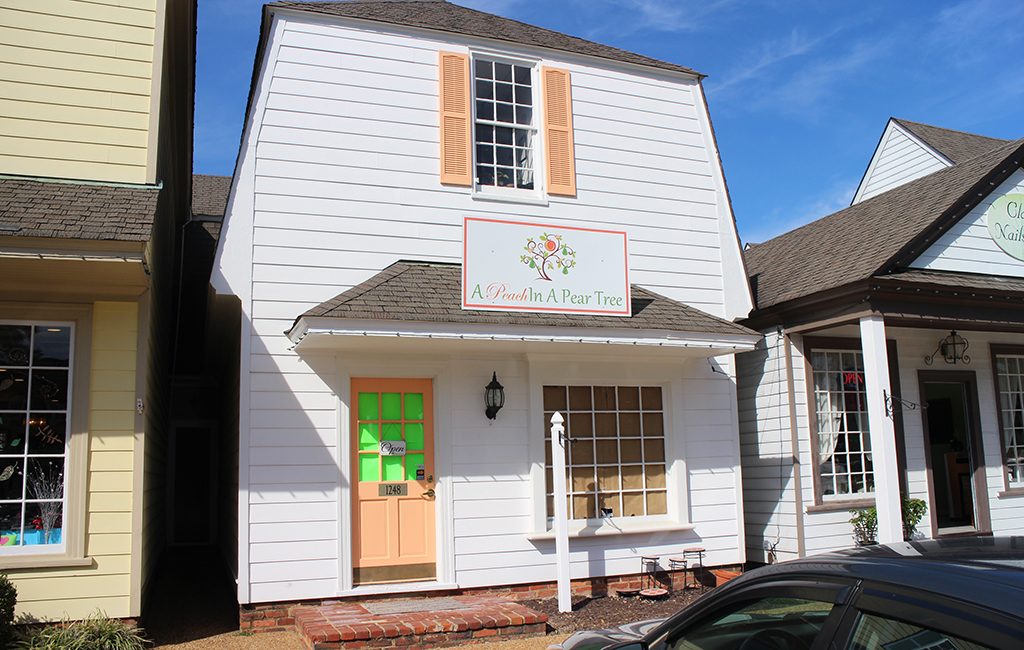 A Peach in a Pear Tree opened its doors at 1248 Sycamore Square Drive in Midlothian Saturday. (J. Elias O’Neal)

Call it the Steve Harvey effect.

Alicia Darnell’s A Peach in a Pear Tree pastry shop hadn’t been open longer than a month on Patterson Avenue when her butter pecan cake went viral, thanks to the comedian and TV personality flashing a photo of her concoction on social media.

“I don’t know how he got, or who sent him the photo, but it was a complete surprise,” she recalled. “I started to get calls and emails from people all over the country wanting orders of the butter pecan cake they saw on the Steve Harvey Show (Instagram page). I even had one customer drive all the way down from New Jersey to pick up a cake.”

Nearly two years later, Darnell is still cooking up sweet success – albeit not in the confines of her original home kitchen or her former West End location. 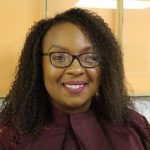 Alicia Darnell owns A Peach in a Pear Tree.

After nearly a year of searching, Darnell has moved A Peach in a Pear Tree to a 900-square-foot storefront in the Sycamore Square Shopping Center in Midlothian. With the help of Darnell’s family, the new shop held its grand opening over the weekend.

A Peach in a Pear Tree specializes in pastries ranging from wedding and personal cakes to pies and cookies. Many of its signature pastries will be for sale by cake and by the slice, including its vanilla salted caramel cake and chocolate fudge sky high cakes. The shop will also be offering up a number of pie selections that include sweet potato, buttermilk, apple pies, and its signature “PB Love” pie – a confectionary mix of chocolate and peanut butter fudge.

“We’re going to have something for everyone,” Darnell said.

Darnell founded A Peach in a Pear Tree in 2007 as a small side hustle taking custom cake orders and baking from her kitchen – all while working full-time as a human resources administrator for a Richmond-area company.

“I was in human resources for over a decade,” Darnell said.

She’s a self-taught pastry cook, learning her culinary ways from the kitchens of her mother and grandmother – both natives of Baton Rouge, Louisiana.

“When I was a child, I was always taking my mother’s old cook books and trying to master her cake and pie recipes,” Darnell said. “Most of my family and sisters were always wanting to cook other foods, but I wanted to learn how to cook the sweet stuff.” 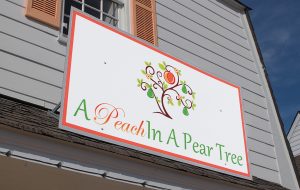 After growing her clientele and outgrowing her home kitchen, Darnell finally achieved her goal, quitting her career in human resources and opening A Peach in a Pear Tree’s first brick-and-mortar location at 5716 Patterson Ave. in September 2014.

“It was a great location, and people in the area really embraced us,” Darnell said. “We did well at the location.”

Ultimately, the footprint of the Patterson Avenue storefront didn’t allow for the layout she needed as the business grew. Darnell closed the shop in April 2015, reverting back to her home kitchen to fill out custom orders of cakes and pies, while searching for a new space.

“I wanted to find the right location,” Darnell said. “That was tough in Richmond because there are not very many retail locations, or the retail locations are in very old, historic buildings that require a lot of money to upfit.”

So when Darnell noticed the former Whicked Whisk location in the suburban shopping complex was available, she jumped into action to lease the space.

It was perfect for what I wanted to do,” Darnell said. “The area is growing, it’s family-oriented…it fit right into what I wanted.”

She signed the lease this summer, and has been planning for her grand opening ever since. She estimates she has invested $10,000 of her own capital in the new shop.

“A lot of the equipment had already been purchased from the first location,” Darnell said. “That helped when it came to opening this location.”

Bob Butcher, a broker and partner at S.L. Nusbaum Realty Co., represented the landlord during the two-year lease transaction. Tommy Sobrito of Richmond-based Sobrito Construction Company Inc. completed the renovations for the bakery.

With the bakery now open, Darnell is focusing on growing her business beyond the confines of metro Richmond.

Starting during the first quarter of 2017, she said A Peach in a Pear Tree will begin mailing its cakes and pies to destinations across Virginia – securing a 5,000-square-foot warehouse in the area to begin distributing her orders from Richmond.

She added the pastry shop will also be selling its products at area farmer’s markets, and within two years, Darnell hopes to expand A Peach in a Pear Tree into metro Atlanta.

A Peach in a Pear Tree is more than a dessert boutique to Darnell. She said her business is a tribute to her family and long-standing customers.

“Had it not been for them, I wouldn’t be here,” Darnell said. “I’m living my dream.”