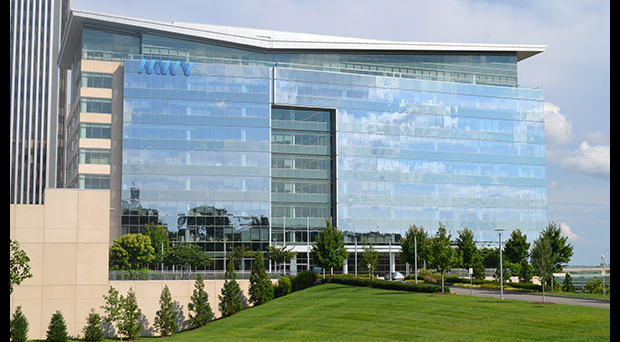 The WestRock headquarters, which was de-lettered last year after the company’s merger.

While it may not have been the only factor, Richmond’s glut of downtown office space and the resulting price per square foot helped seal the deal to bring a major new employer to the riverfront.

CoStar CEO Andrew Florance said the real estate research firm will pay in the mid-$20s per square foot annually for its recently announced lease of about 100,000 square feet at the WestRock building at 501 S. Fifth St., where it plans to eventually hire more than 700 employees.

The other two cities that made it into the final stage of CoStar’s search for a new office were Charlotte and Kansas City, Missouri, where rates per square foot would have been in the $50 to $60 range, Florance said.

A similar deal in CoStar’s hometown of Washington, D.C. would have cost three times as much as in Richmond, Florance said.

He said Richmond’s office market is similar to other cities around the country that have a big supply of “second generation space.”

“It’s not a super tight market,” he said of Richmond. “It’s more of a tenant’s market.”

For the Charlotte deal CoStar considered, there would have been a bigger capital investment for the firm to move into a space that is still under construction. Kansas City had a building that was not quite big enough for what CoStar was looking for. 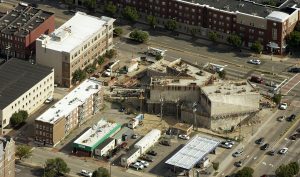 Costar shoots footage from its small research plane, like this photo of construction on the VCU Institute for Contemporary Art.

Add to that, Florance said, the quality of the nine-story WestRock building, which was built in 2008 and boasts one of the better river views downtown.

“One of the beauties in the Richmond option is it’s already built out to the highest standards,” Florance said. “This building is head and shoulders above the buildings in the other cities. It’s a much better structure and site for a much lower number.”

Colliers’ Austin Newman handles leasing for the James Center, where he said space is going for $20.50 to $22.50 per square foot. Newman said CoStar’s deal to fill up WestRock – even if it is a sublease as opposed to a new lease – “gives downtown momentum.”

“It takes another building out of play,” Newman said. “There’s that much less space that’s out there. Statistically it’s not positive absorption but it is a positive event.”

Broker Ken Campbell of Colliers International represents the landlord at the WestRock building. He said CoStar’s arrival is a positive sign for downtown. He said those older buildings in the neighborhood could be spruced up to attract tenants.

“I don’t agree that they have lived out their lifespans,” Campbell said. “I think you can do renovations with those to rejuvenate the older products.”

CoStar’s move to Richmond, and the hundreds of jobs it’s bringing, is also seen as a positive for the downtown apartment market.

Howard Kellman’s Edison Co. was behind the transformation of the Signet Bank building into 190 apartments that are about 85 percent leased. He said CoStar’s arrival should help him and his peers in the multi-family world.

CoStar was represented in its leasing of the WestRock Building by Cushman & Wakefield | Thalhimer brokers Amy Broderick and Brian Berkey.

Broderick said the company’s lease “does narrow the options for tenants looking downtown.”

“There’s a workforce there,” she said of downtown. “That is attractive to a lot of companies.”

Congratulations to Colliers office brokers Ken Campbell, Kit TYler and Matt Hamilton for landing this big player in e commercial real estate world. They truly leased the nicest space in the city. The jobs available will be very attractive to the millennials trecking out to West Creek and Innsbrook each morning for work. Have the west bound morning commuters noted the traffic that goes west each morning and east each evening? They call it the reverse commute but one way is as dense as the other now. The affordable housing for the Y generation is mostly downtown.