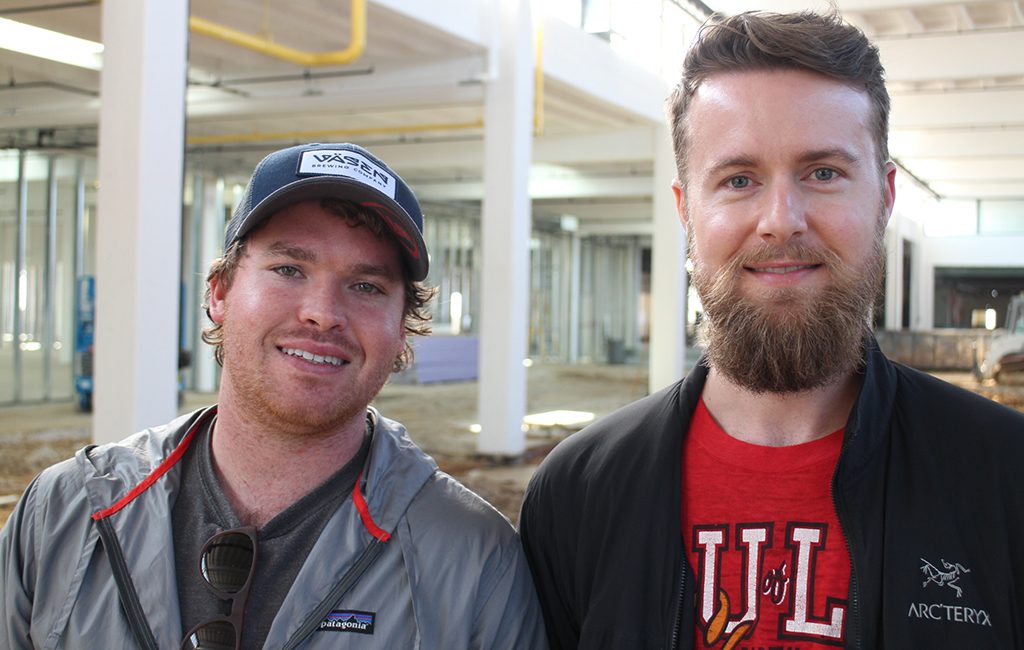 Two years ago, when cousins Joey Darragh and Tony Giordano knew they wanted to open a brewery, they had one big question to answer: where to locate the venture.

“We knew we wanted it to be somewhere in Virginia,” Giordano said. “We just didn’t know where.”

Natives of Northern Virginia, the two had strayed from home to pursue school and different career paths – Darragh, an engineer for Tesla in California; and Giordano, an up-and-coming brewer at the Boulder Beer Co. in Colorado.

After a 10-year hiatus, the pair returned to their home state about two years ago – and came to Richmond to take in the city’s emerging craft beer culture, neighborhood revitalization and overall growth.

Their search for a brewery home was over.

“We made up our minds,” Darragh said. “This was where we needed to be.” 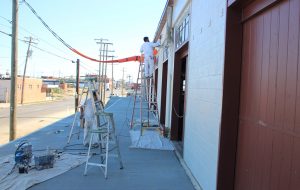 Väsen Brewing Co. was born, and now after months of work, the company is getting closer to opening in the HandCraft building at 3331 W. Moore St., one of the more distinctive buildings in the rapidly evolving Scott’s Addition neighborhood.

Väsen earlier this year signed a 10-year lease for 17,000 square feet of the 87,000-square-foot building, which is being repurposed from an industrial laundry facility to accommodate new tenants thirsting to land in Scott’s Addition.

“We started looking for a space when there were not as many breweries down here,” Darragh said of the Scotts Addition neighborhood. “That has totally changed, but it’s something we’re not worried about…we consider it a good thing because everyone is bringing their own thing to the table.”

The company hopes to have its facility operational and open to the public by early 2017. For now, the group is making test batches out of Darragh’s garage in The Fan until their permanent home is complete.

Crews are wrapping up work on Väsen’s 1,500-square-foot patio fronting Moore Street. Inside the HandCraft building, the foundation is being prepared for Väsen’s 20-barrel brewing system. The hardware is currently in storage, but once in place and operational, has the capacity to churn out 16,000 barrels per year, Darragh said.

The brewery, designed by Richmond-based architecture firm Baskervill, will also house a barrel-aging area – allowing for experimentation and beers that steer away from traditional style, said Giordano, Väsen’s brew master. 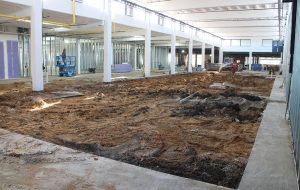 “Väsen is a Swedish word that pays tribute to our Scandinavian heritage,” Darragh said. “When we were in Stockholm…my friend’s wife suggested the name, since it translates into one’s inner essence or way of being.”

Birch wood paneling, natural light and slate tiles have all been incorporated into the design of the space. Richmond-based Surface Architectural Supply is crafting a custom bar made with a local tree to outfit Väsen’s bar space.

The brewery is a joint venture between Darragh and Giordano, who have been building out the space with personal capital and a small business loan from M&T Bank. They would not disclose startup costs.

Väsen, true to its northern European origin, looks to blend its experimental craft beers with Belgium farmhouse and sour ales.

But don’t expect a signature beer right away.

Väsen plans to introduce about six beers upon opening, hoping the community will help them decide which brew will serve as its signature.

“Instead of establishing a flagship beer day one, we are going to allow the community to make that based on how well the brew is received,” Giordano said.  “We’re an experimental brewery, building off traditional styles we’ve grown to love and developing our own unique flavor through them.”