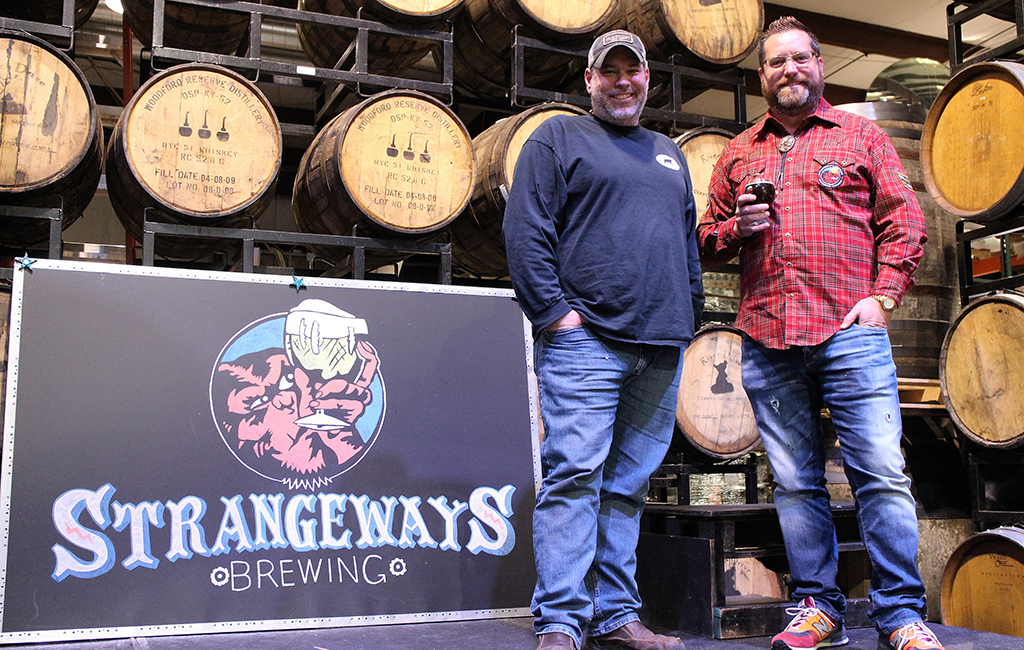 After nearly four years honing his business model in Richmond, Neil Burton, owner of Strangeways Brewing, is preparing to expand his take on craft beer roughly 40 miles north of the capital city in his hometown of Fredericksburg.

Work is underway on a 10,100-square-foot site at 350 Lansdowne Road, where the brewery will open a satellite brewhouse and tasting room in the first half of 2017.

The building takes Burton back to his roots, once serving as a warehouse for his family’s 45-year-old clothing business, which, surprisingly, became the conduit for Burton to launch his own brewery in 2013.

Richmond BizSense caught up with Burton in recent weeks to talk about the expansion, when the Richmond beer market might hit a saturation point, and the tale of an overseas trip that sparked his desire to launch Strangeways.

RBS: Why did you decide to expand into Fredericksburg?

Neil Burton: What makes Fredericksburg so interesting is it’s home to me, and it’s natural, and it just feels like the right thing to do. We’re not just putting a brewery in a random place to expand. Fredericksburg is truly from my roots. The building was built by my parents in 1980, and it’s where we grew our clothing business from two clothing stores to seven. The building helped us warehouse and do everything that we needed to run our business. So it’s really cool that the same building that helped grow our clothing business, which was a 45-year-old company, is the same exact building that’s going to help us grow our brewing business.

The thought is to use Fredericksburg as the launch pad into Northern Virginia. There are a variety of ways you can sell beer. One way is you can choose a market, put sales people in the target area, partner with a distributor, distribute the beer through that distributor, and use sales reps to be the boots on the ground to sell the beer. However, the approach we want to take is to first have a brick-and-mortar operation in the chosen market, which is important because I come from a retail background. I’d like to get the physical operation up and running so people in that market can see what we’re all about and then do the same thing – choose distribution and go into market.

RBS: How did you first get the bug for craft brewing? 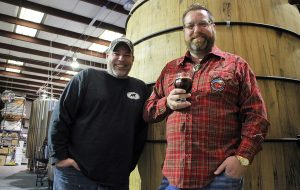 NB: When I tried my first beer, I was not fond of the light American lagers being produced at the time. But when I was 21, I got to study (for a semester) overseas at the University of Salzburg in Austria. I went to college at Wake Forest University. When I went over there, we spent three weeks in Munich before heading to Austria for school. The three weeks were a Berlitz course where we were supposed to be getting intensive training to learn German. I don’t think I went to most of those classes, except for maybe one, because I was out and talking to people trying to pick up German by being conversational. A lot of that was in biergartens. I tasted the beer and was like, ‘Whoa, this doesn’t taste like anything I’ve had before.’

It really piqued my interest, and amazingly enough, those three weeks were during the time Oktoberfest was going on. Going through downtown one day, I passed this little restaurant on the corner. It just looked really neat, so I wandered in, and had a sausage platter. I was looking at their beer list and it was all from one brewery that I’d never heard of, Schneider. I asked the waitress if there was a beer she recommended, and she said the Aventinus, a strong, dark, wheat doppelbock beer. She brought it to me in this beautiful custom glass. I took my first sip and I was like, ‘what am I drinking?’ It was remarkable. That’s what changed my life right there, that’s what got me into beer.

RBS: It seems new breweries are popping up overnight. Is it all becoming too much in Richmond?

NB: I think that word – saturation – is starting to come across people’s lips. But as you look around, you’re still seeing breweries pop-up, like the soon-to-open Väsen, which is going to be a good-sized brewery in Scott’s Addition, a very crowded neighborhood indeed. We all bring something to the table. We have a good cast of characters who really have great business plans, and really have the same passion that we have, to take their brands and expose them in a way they feel is best for their business.

I do wonder if you’re going to see some closures. It’s not going to be immediate – we’re just starting to get where you might see a closure in 12 months or so. I don’t think you’re going to see someone that’s doing a good job at it close, it’s going to be someone that maybe didn’t have the time to fully adjust, didn’t think everything through from the get-go, or maybe they’re working another job and haven’t put in all the time they need to make the brewery run more smoothly.

RBS: How does Strangeways and other breweries remain relevant as craft beers boom locally?

NB: I don’t want to say that it’s going to be merely neighborhood driven; I think a core part of business has been and will continue to be tourism. We want to focus on being very relevant to the tourist. We’re open seven days a week. The reason why we’re open seven days a week is we’re right off of Interstate 64 where we have signs on I-64.  Early on, we weren’t open Monday or Tuesday, and we’d get knocks on the door at two, three o’clock in the afternoon with people coming off the highway wanting to visit the brewery. I realize Monday and Tuesday business is not going to be that great, but this tourist who has taken the time to come off the interstate and visit us should not be ignored.  To me it’s just so important to who we are, our economy, and our business. Richmond used to be just a place to drive through. Now, it’s a place where people stop, realize how cool our town is, and stay, and that’s magic.

RBS: What challenges lie ahead in the local brewing scene?

NB: Municipalities and local government for sure. They’re doing everything that they can to help facilitate growth of our industry, but it’s a challenge and a hurdle for any new business trying to open.

I think a big challenge for us is that some municipalities don’t quite understand what we’re trying to do. They may think we’re emitting these terrible odors, or we’re putting down into sewers all these awful chemicals, and it couldn’t be further from the truth.  It’s gotten better, but that’s a big challenge we face.

The expense of starting a brewery is another challenge. If you don’t come in and do it with a real, well-thought-out business plan, marketing plan, and branding, you’re kind of pissing in the wind because there’s a lot of competition out there. I spent 3½ years on the business plan for Strangeways, as it was paramount to be completely thorough.

What’s brewing at your Richmond facility? Any new brews about to hit the market?

We’re very excited to announce that we are doing a year-round, flagship IPA called Hop Howler, based on beers we made in our Legalize It IPA series. I’m a big Peter Tosh fan, actually at the brewery we are big fans of a lot of different types of music, but Peter Tosh is one of my early favorites. So when we were talking about doing an IPA series, and changing the recipe every time we came out with a new beer, Legalize It became a concept of using unique hop varietals that embody fresh, resinous, tropical, and dank qualities. This eventually has helped forge the way for Hop Howler IPA, which we will release in six-packs and on draft around Richmond very soon…so be on the lookout.

Another new concept we have been working on is a Munich Helles Lager. This beer is going to be a tasting room exclusive, going down an unusual path for us, by keeping this beer un-strange. It typifies an easy-drinking, golden lager beer style made famous in the biergartens of Munich. The concept is to further increase our offerings by having a year-round beer in the tasting room for the person who wants their beer to taste like just normal beer. Un-strange is even a possible contender for the name, which we are still at the moment finalizing.

As one of Richmond’s past brewers (2000-2010, Richbrau Brewing Co.) I am glad to see Strangeways prospering. Great job guys!