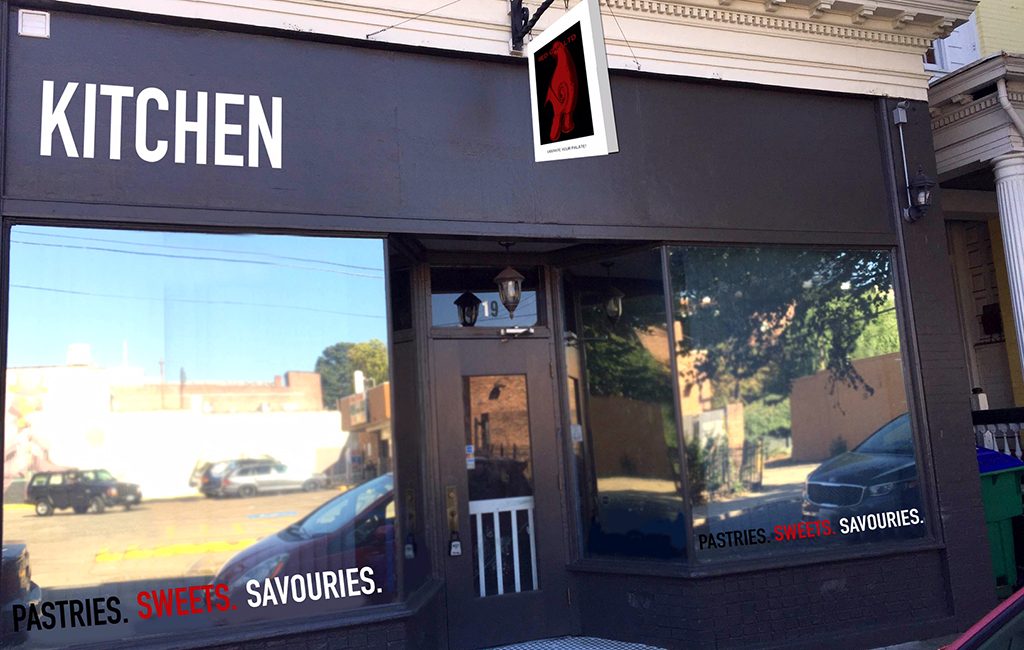 A rendering of the upcoming storefront at 719 N. Meadow St. in the Fan. (Courtesy Red Cap)

A vacant Meadow Street bakery is ready to be reheated.

The 1,200 square feet of space became available when Lucille’s Bakery closed its doors in September, after nearly a decade of business.

When word reached Wladar about the closure, she knew what she had to do.

“We jumped on it,” Wladar said. “It was in a great location and I had a feeling it wouldn’t be vacant for long. I’ve been baking at home and in a few [commissary] kitchens for a while…it was time to go out on my own.”

With Red Cap Kitchen, Wladar plans to carve a place for her European- and French-inspired bakery business, while leasing part of her kitchen space to other eateries looking to launch and grow their businesses.

No opening date has been set, although Wladar said she hopes to open by early 2017. Ann Schweitzer, a broker with Richmond-based One South Commercial, represented the landlord for the five-year lease, which Red Cap signed in September.

Wladar has pumped in about $50,000 of her own capital to bootstrap the operation.

“I want to do this right,” she said. “So we’re spending the money on some new equipment so we can essentially plug-and-go when the time comes.”

As a pastry chef for 25 years, Wladar said the new space gives her ample room to grow Red Cap, which specializes in pastries and baked goods that include strudels, croissants and scones. Wladar currently sells baked goods at the St. Stephens Farmers Market.

“We have plenty of space to do wholesale operations,” Wladar said. “I’m still trying to determine what that may be, but I have a couple of ideas that I’m hoping will pan out.”

With the new space will come an enhanced menu, which Wladar said will add a hint of savory to her pastry concoctions.

Staying true to the bakery style, there will be no dining-in options at the location, Wladar said.

“The carry-out option was the way to go for us,” Wladar said. “That gives us more space to use for prepping and preparing our food.”

Wladar admits this is new territory for her.

A Rutgers University alumnus, Wladar followed her passion for cooking by enrolling in The New School in New York, where she perfected her pastries. She would later work at restaurants in New York, before settling in Richmond with her family and working as pastry chef for Argyle Cupcakes and Bakery in Midlothian.

It was during her time at Argyle that Wladar said she was ready to step out on her own.

“Of course I’m terrified to be doing this on my own,” Wladar joked. “You’re taking a risk, but I know that it’s time, and I couldn’t be more excited about this new phase of my life and career, and to be here in this location.”