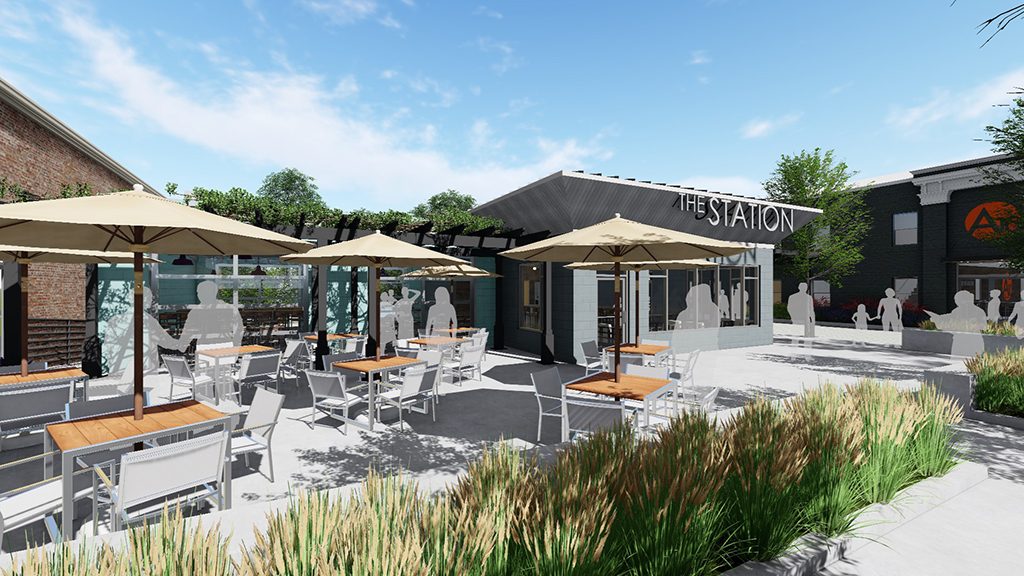 A rendering of the planned renovations to accommodate classes, youth programs and other ministries. (Courtesy Design Develop)

A church rooted in the heart of Carytown is now the neighborhood’s newest landlord.

Chris Barras, the church’s lead pastor, said plans call for renovating the property to accommodate classes, youth programs and other ministries. He said Area 10 plans to pump about $1.25 million into the space.

First launched in 2008, Area 10 Faith Community is a non-denominational church with contemporary worship services that meets every Sunday at the Byrd Theatre at 2908 W. Cary St. in Carytown.

Since its founding, Barras said the church has grown from about 230 members to nearly 600 members.

“We’ve been steadily growing,” Barras said. “Our motto is, ‘In the city, for the city,’ and by acquiring this site, it allows us to build on that mission.”

The building came on the market this summer when Richmond Window Corp. moved its operation from Carytown after 55 years to 3895 Deep Rock Road in Henrico. 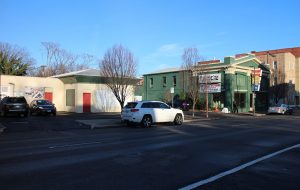 The church completed a capital campaign to raise a down payment for the property and enlisted Orlando-based Christian Financial Resources – a lender specializing in financing independent Christian churches – to secure the money necessary to buy the property and finance part of its renovation.

The final $2 million sales price was roughly $1 million shy of the original asking price, said Tony Rolando, a broker with Richmond-based Pollard & Bagby Inc. who represented the church during the transaction.

The church’s offices, which are located on the second level of Cartwheels & Coffee – a children’s recreational and meeting venue the church owns and operates at 2820 W. Cary St. – is set to relocated to the renovated space.

“We get so many requests to host parenting classes and meetings at that location,” Barras said.  “Once the church offices vacate that space, it’s going to free up about 700 square feet of office space that we’re going to convert into additional meeting space.”

The church is looking to launch renovations to the site in early 2017 and is targeting a late spring to early summer move-in date, Barras said.

“Pending that we receive all the right permitting, we’re hoping to get started soon,” Barras said. “We’re hoping to secure a general contractor within the week.”

Remaining true to its goal as a city church, Barras said the acquisition also allows Area 10 to work with the Carytown community – with plans to offer up their venue as a site for street festivals and other activities.

“We want to celebrate the community,” Barras said. “While this location is going to support a lot of our church functions, we plan to open up our new space for events and meetings…I eventually want us to host food trucks. We want this to be a place for the neighborhood.”

With its new space in tow, don’t expect Area 10 to vacate the Byrd anytime soon.

Barras said the church is looking to secure a lease – possibly 20 years – with the Byrd Foundation, which operates the Carytown theater

“We have a great relationship with the Byrd Foundation, and we love being able to use the space,” Barras said. “It’s a good trade-off because…we now get to have our services at the Byrd and grow our outreach with our new facility.”